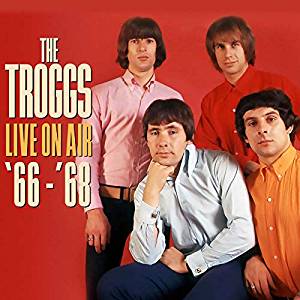 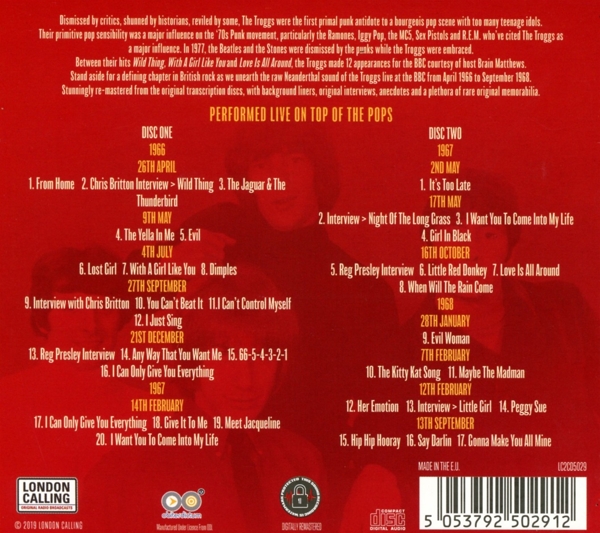 Bewertung:
lieferbar innerhalb 2-3 Wochen
(soweit verfügbar beim Lieferanten)
EUR 15,99*
Versandkosten
*** Digipack
The Troggs, live on Top of the Pops, 26th April 1966 – 13th September 1968. Dismissed by critics, shunned by historians, reviled by some, The Troggs were the first primal punk antidote to a bourgeois pop scene with too many teenage idols. Their primitive pop sensibility was a major influence on the '70s Punk movement, particularly the Ramones, Iggy Pop, the MC5, Sex Pistols and R. E.M. who’ve cited The Troggs as a major influence.

In 1977, the Beatles and the Stones were dismissed by the punks while the Troggs were embraced. Between their hits Wild Thing, With A Girl Like You and Love Is All Around, the Troggs made 12 appearances for the BBC courtesy of host Brain Matthews.

Stand aside for a defining chapter in British rock as we unearth the raw Neanderthal sound of the Troggs live at the BBC from April 1966 to September 1968. Stunningly re-mastered from the original transcription discs, with background liners, original interviews, anecdotes and a plethora of rare original memorabilia.