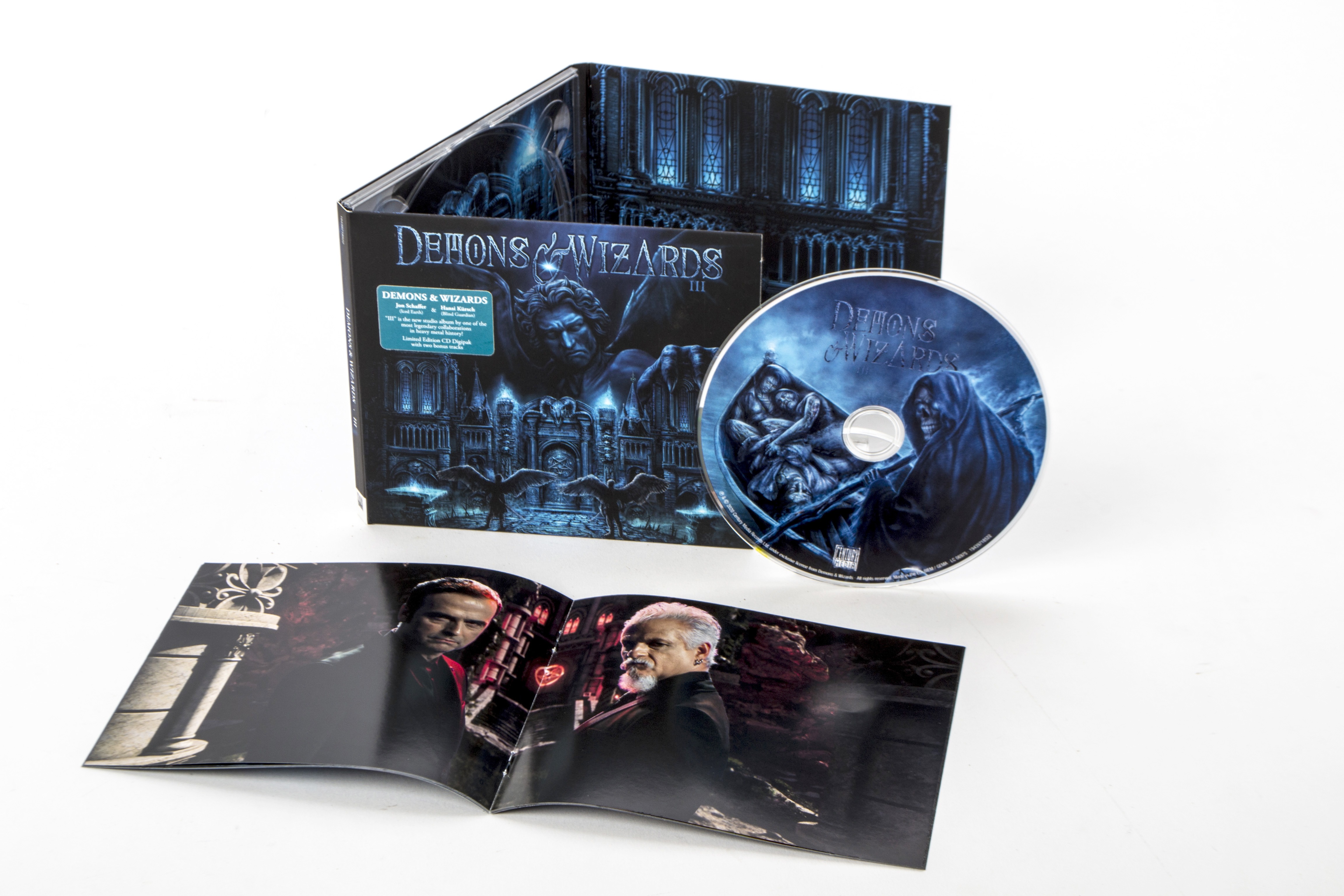 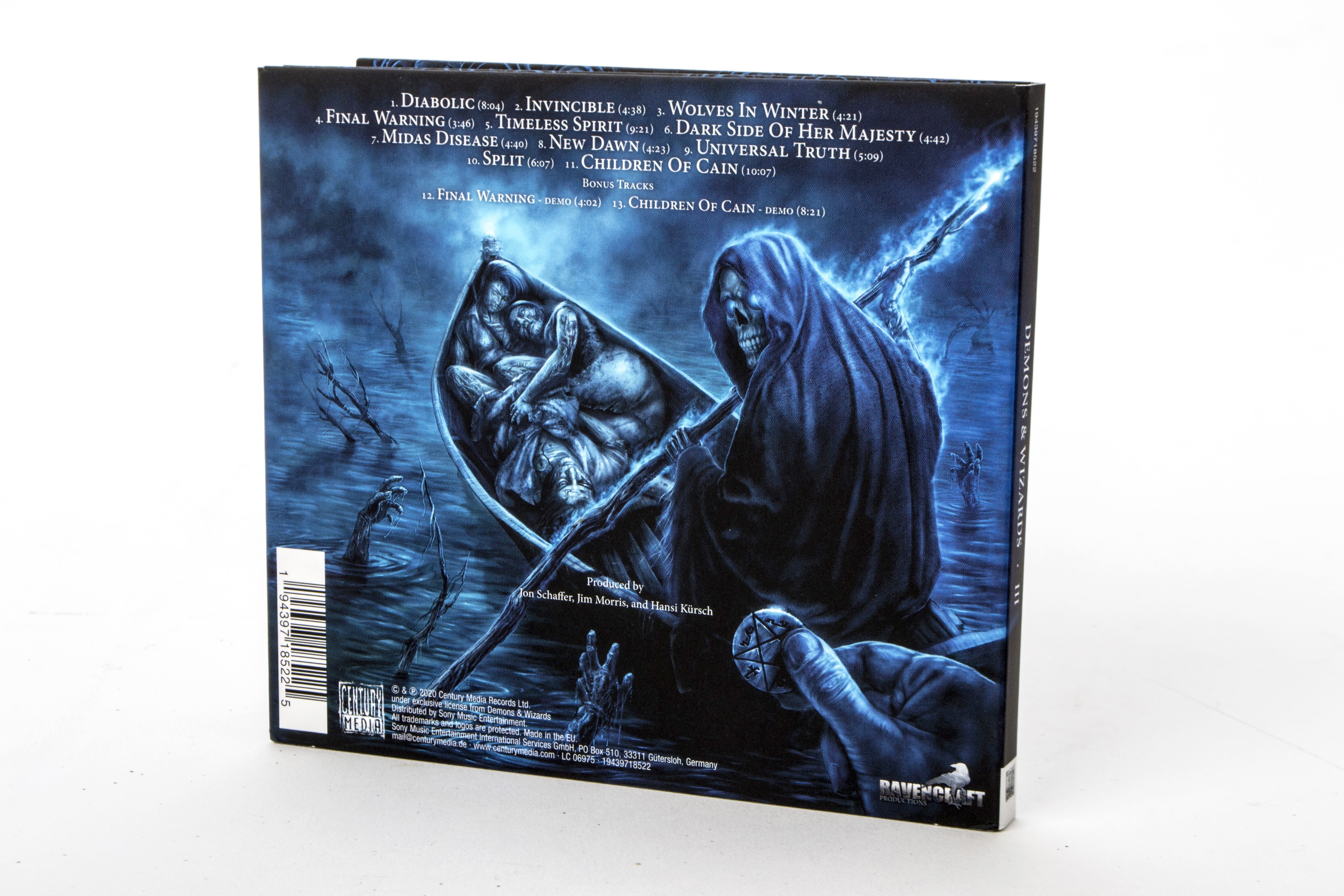 Demons & Wizards is one of the most legendary collaborations in the history of heavy metal, uniting the talents of Jon Schaffer (Iced Earth) and Hansi Kürsch (Blind Guardian) who are friends for nearly three decades.

Demons & Wizards musically embodies both musician’s stylistic trademarks and has resulted so far in two hugely celebrated studio albums, 2000’s »Demons & Wizards« and 2005’s »Touched by the Crimson King«. Both records have been reissued in 2019 on time with the group’s extremely successful return to the world’s stages.

Now, the band presents »III«, a stunning monument of dynamic and powerful heavy metal that simply has all you would expect from these iconic musicians! »III« is epic, melodic, crushingly heavy, atmospheric, and all in between.
65 minutes of heavy metal mastery!