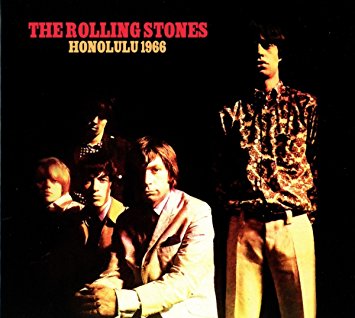 The Rolling Stones, live at the Hawai’i International Center, Honolulu on July 28th 1966

The Stones’ fifth US tour began on June 24th 1966, and drew to a close with this superb show at the Hawai’i International Center on July 28th. Originally broadcast on the local KPOI radio station, it findsthem on raving form, with outstanding, tough renditions of several classics, and especially prominentparts from Brian Jones. A stunning document of the band at their early peak, it’s presented here together with background notes and images.