Alex Hendriksen & Fabian Gisler: The Song is You 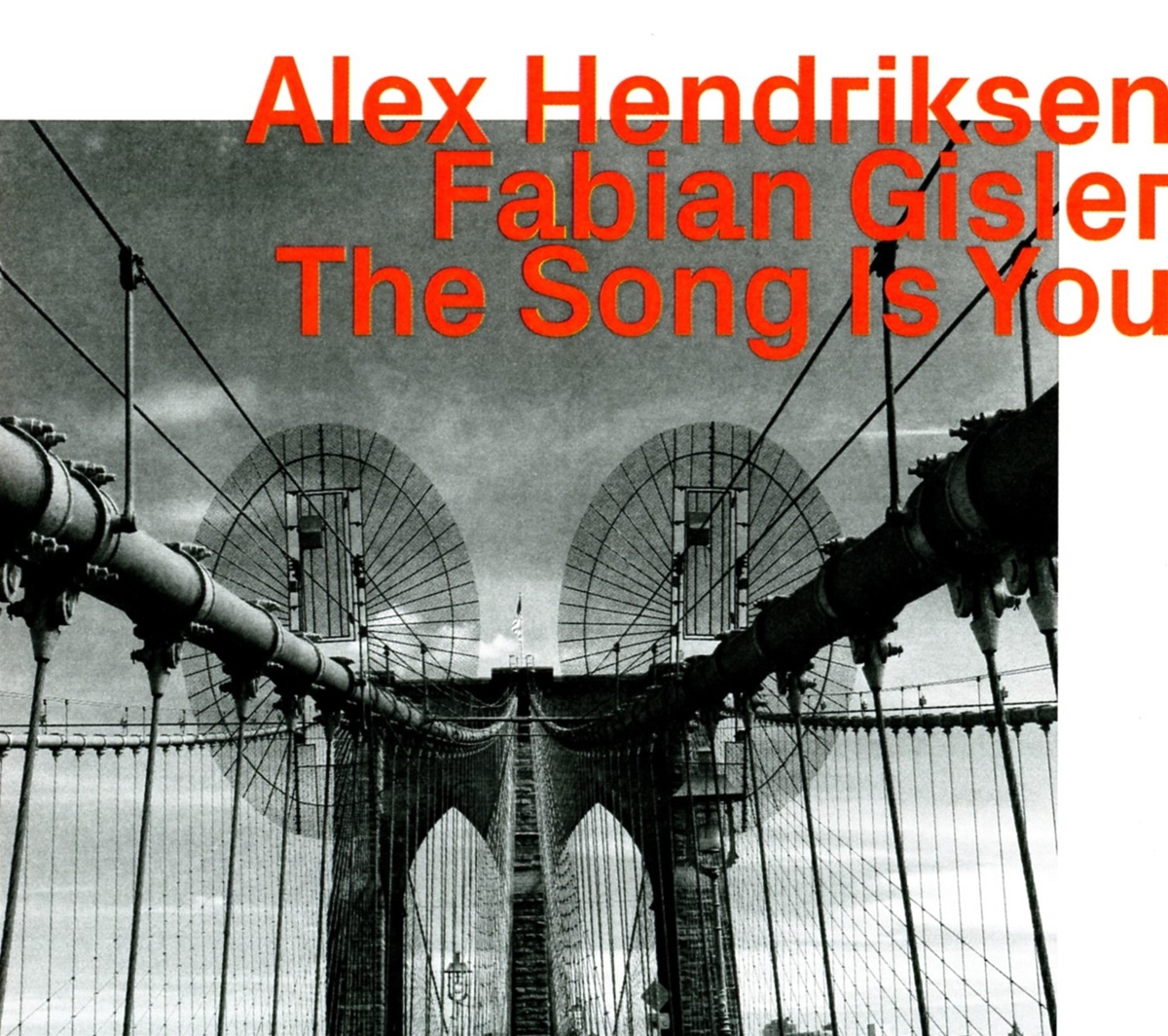 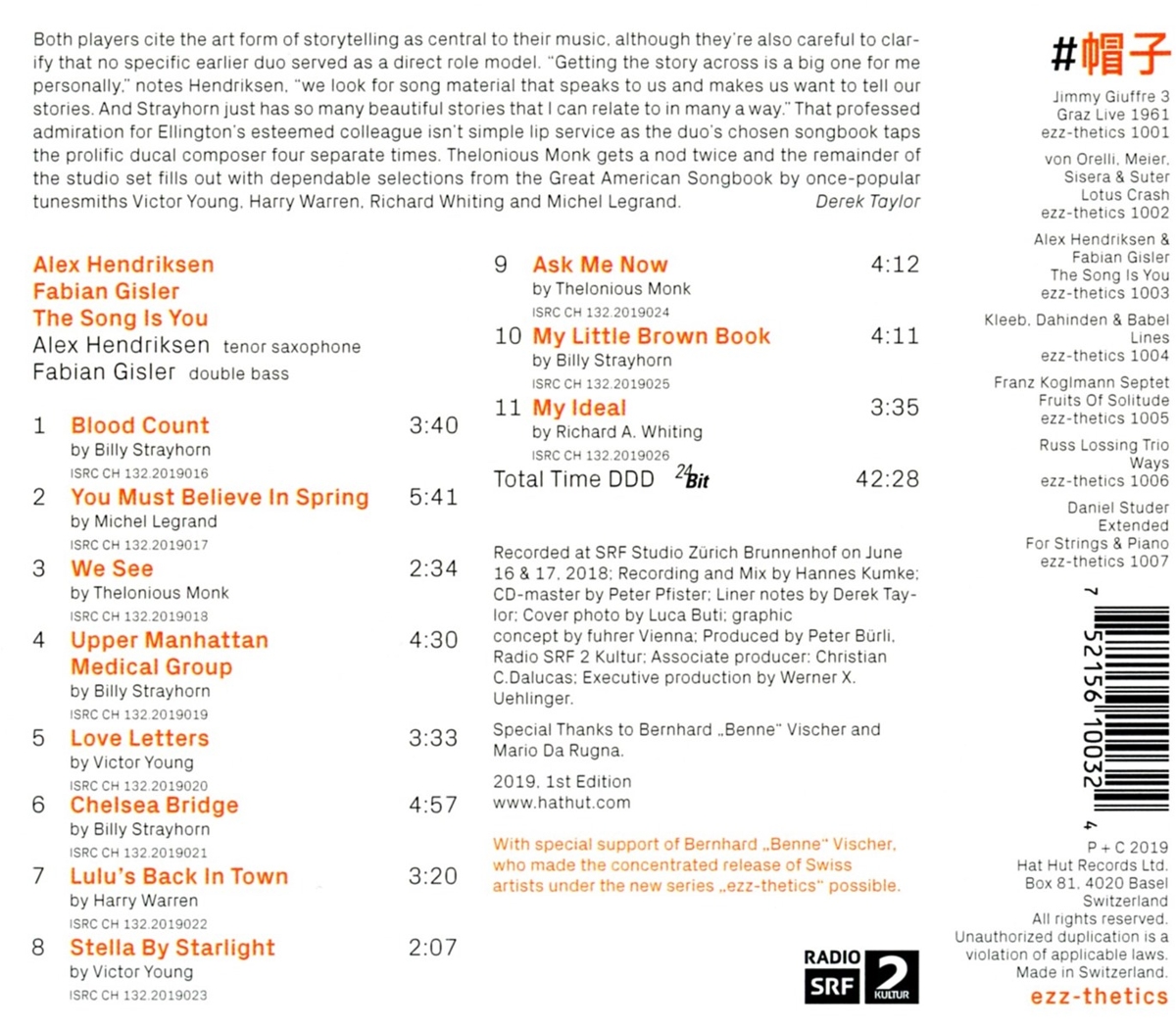 (Recorded at SRF Studio Zürich Brunnenhof on June 16 & 17, 2018)
Both players cite the art form of storytelling as central to their music, although they’re also careful to clarify that no specific earlier duo served as a direct role model. “Getting the story across is a big one for me personally,” notes Hendriksen, “we look for song material that speaks to us and makes us want to tell our stories. And Strayhorn just has so many beautiful stories that I can relate to in many a way.” That professed admiration for Ellington’s esteemed colleague isn’t simple lip service as the duo’s chosen songbook taps the prolific ducal composer four separate times. Thelonious Monk gets a nod twice and the remainder of the studio set fills out with dependable selections from the Great AmericanSongbook by once-popular tunesmiths Victor Young, Harry Warren, Richard Whiting and Michel Legrand.