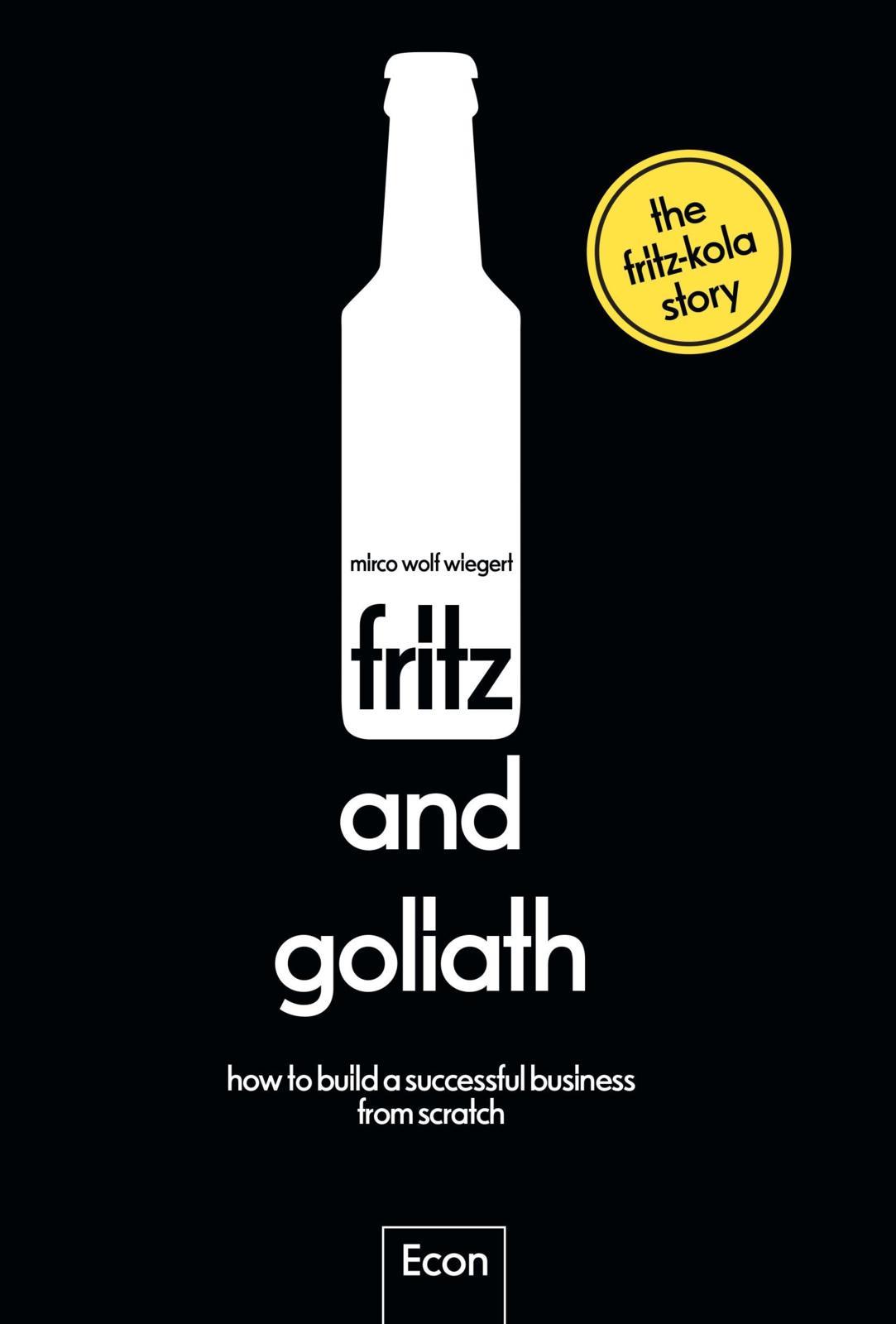 The original and authentically candid success story of fritz-kola

The story of fritz-kola is unbelievable: founded in 2003 with just 7, 000 euros in startup capital (and no overdraft limit) from a student dorm in an extremely shirtsleeve style. The founders, Marco Wiegert and his now-departed partner, commissioned two versions of caffeine-rich sodas from small breweries and let their friends try out which one tasted better at a party. The party lasted until 10 a. m. The winning mix had been found, showing that fritz-kola tastes good (less sweet, more lemon) and packs a caffeine punch.


The two then set off for Hamburg's Schanzenviertel district and sold the first cases of their soda on commission to cool clubs and bars using handwritten receipts. With their direct sales approach, they were able to compete with Coca-Cola's poor sales support structures and earn both sympathy and market share.


The book is written from founder Mirco Wolf Wiegert's first-person perspective and is full of lively anecdotes, pictures of relics (such as the first bottles with a homemade logo and distorted self-portraits, to avoid having to pay for copyrights), as well as helpful tips about starting a company and mistakes to avoid. It is important, for example, for a startup to find an authentic product or service that reflects the founder's own lifestyle (in this case: partying, going out, alternative consumption), and not to be afraid to approach creditors directly if payment difficulties arise. It is also important not to accept lazy compromises or rotten demands from customers-under the motto: you have to buy your place on the list, but you should also generate demand on your own. The book also describes fritz's legendary marketing ("cocaine is so eighties") and its commitment to social and political activism as well as environmental protection and sustainability.


Today, fritz-kola has almost 300 employees, has refused to be bought out by corporations despite numerous attempts, and has still managed to maintain its image as a small, alternative, and cool soft drink label.