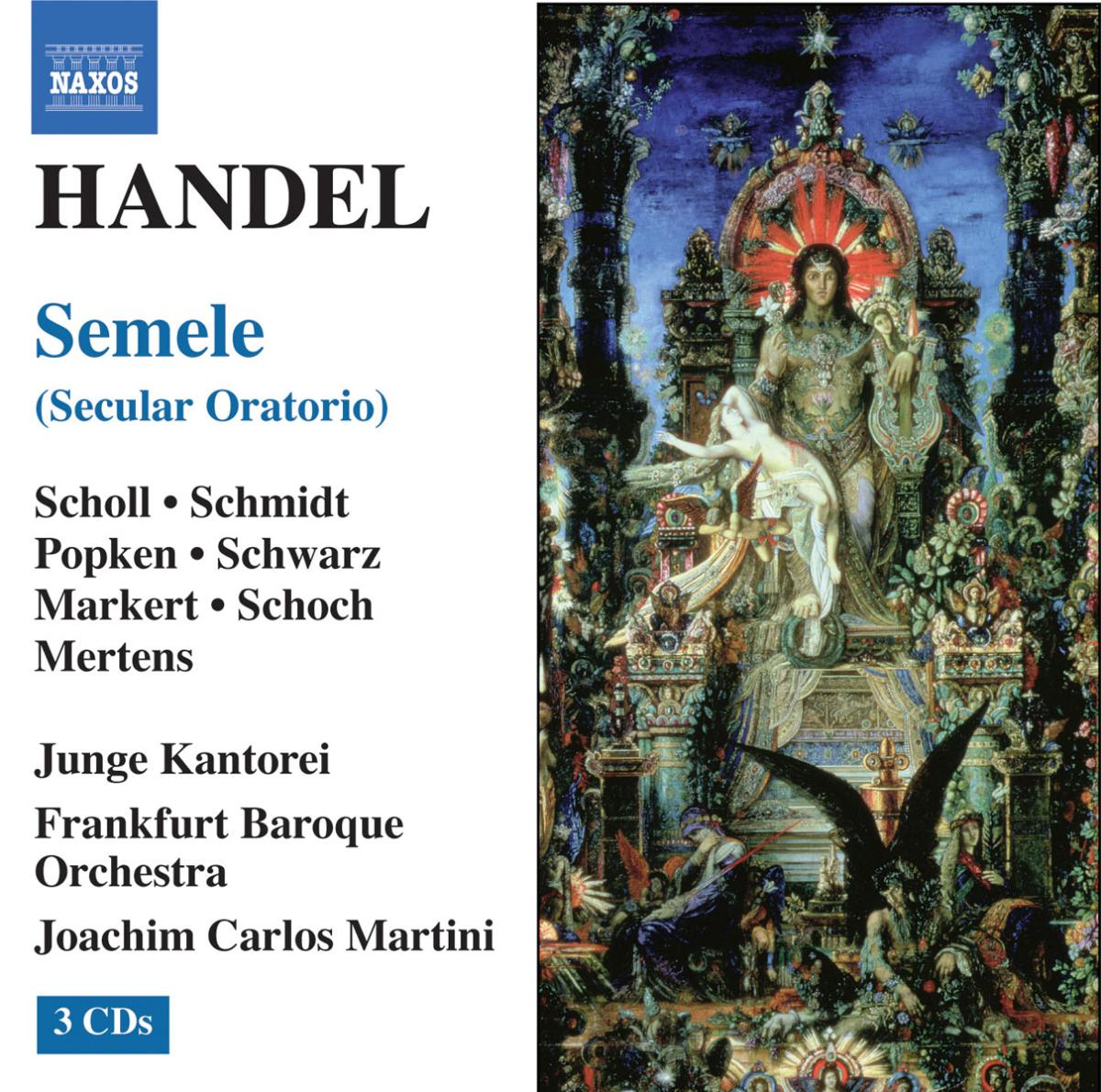 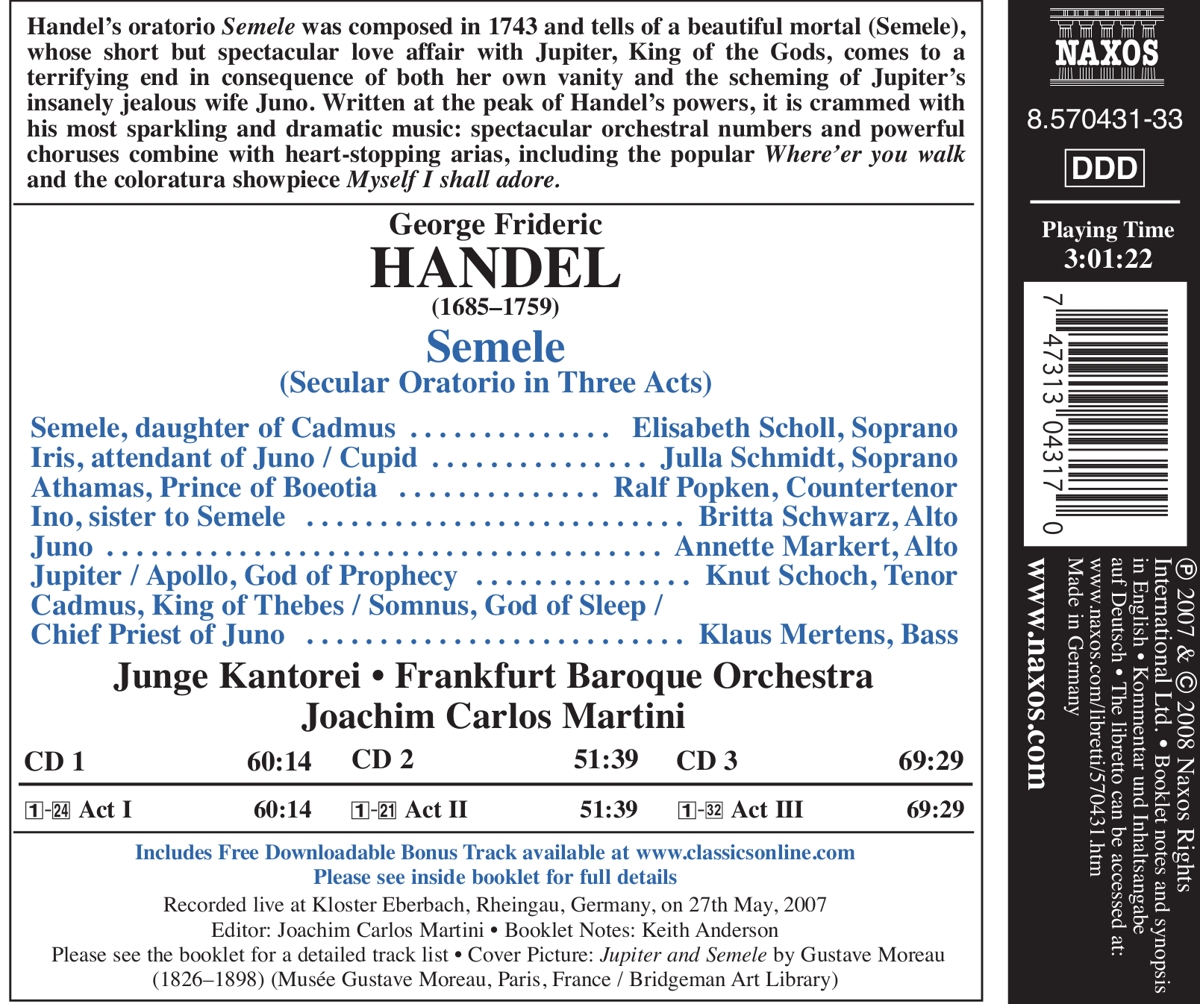 Bewertung:
umgehend lieferbar, Bestand beim Lieferanten vorhanden
EUR 22,99*
Versandkosten
Handel's oratorio Semele was composed in 1743 and tells of a beautiful mortal (Semele), whose short but spectacular love affair with Jupiter, King of the Gods, comes to a terrifying end in consequence of both her own vanity and the scheming of Jupiter's insanely jealous wife Juno. Written at the peak of Handel's powers, it is crammed with his most sparkling and dramatic music: spectacular orchestral numbers and powerful choruses combine with heart-stopping arias, including the popular Where'er you walk and the coloratura showpiece Myself I shall adore.