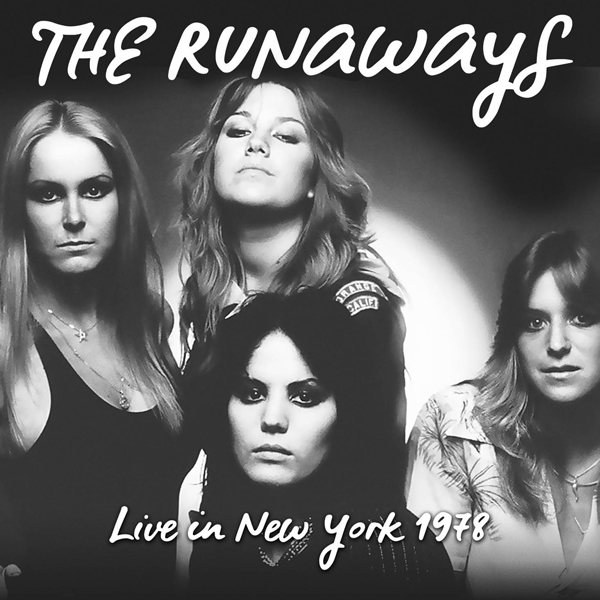 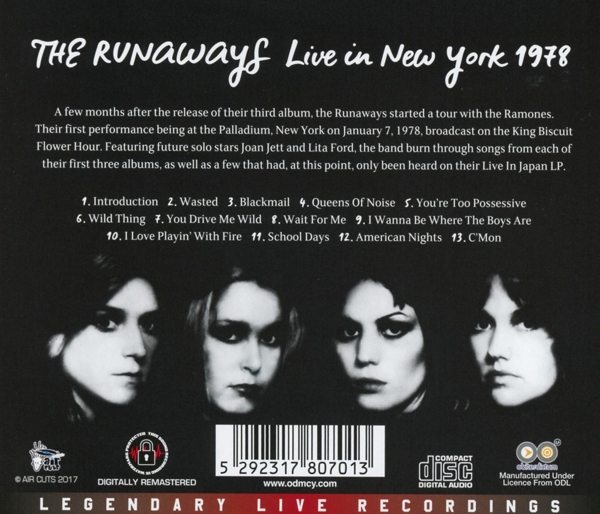 A few months after the release of their third album, the Runaways started a tour with the Ramones. Their first performance being at the Palladium, New York on January 7, 1978, broadcast on the King Biscuit Flower Hour. Featuring future solo stars Joan Jett and Lita Ford, the band burn through songs from each of their first three albums, as well as a few that had, at this point, only been heard on their »Live In Japan« LP.