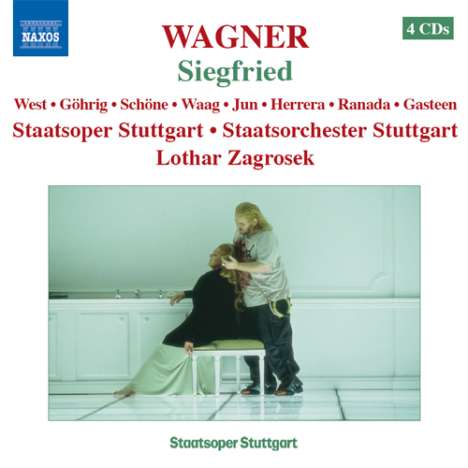 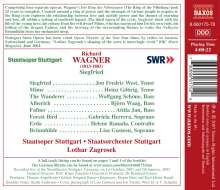 umgehend lieferbar, Bestand beim Lieferanten vorhanden
EUR 22,99*
Versandkosten
Comprising four separate operas, Wagner's Der Ring des Nibelungen (The Ring of the Nibelung) took 25 years to complete. Centred around a ring of power and the attempts of various people to acquire it, the Ring cycle explores the relationship between love and earthly power and the themes of yearning and loss, all within a setting of medieval legend. The third opera of the cycle, Siegfried, deals with the life of the young hero, his release from the evil dwarf Mime, who has nurtured him for his own ends, his killing of the dragon Father, and his braving of the surrounding flames to wake the Valkyrie Brünnhilde from her enchanted sleep. Stuttgart State Opera has been voted Opera Theatre of the Year four times by critics in Austria, Switzerland and Germany. "Lothar Zagrosek's shaping of the score is unerringly vivid." BBC Music Magazine, June 2004.