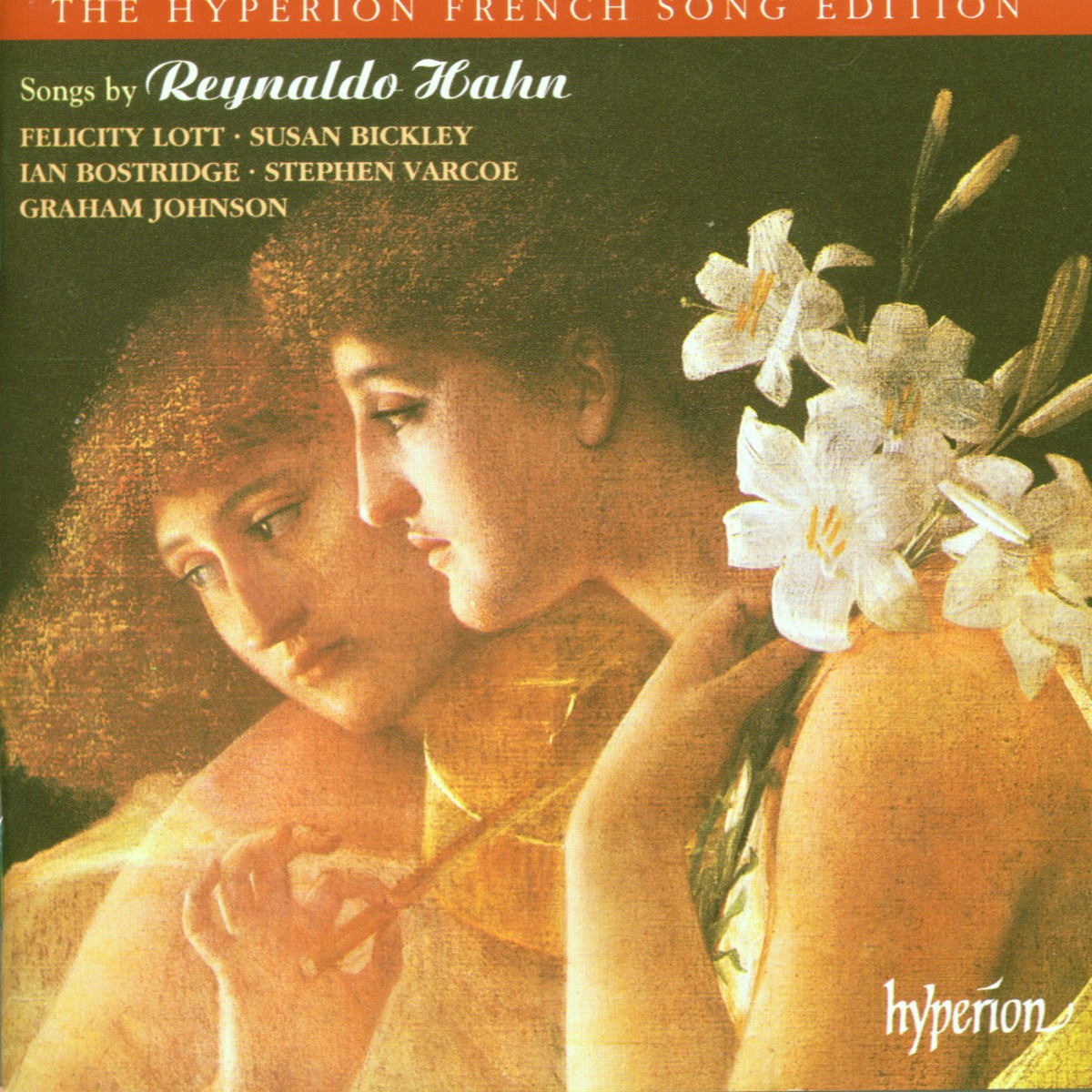 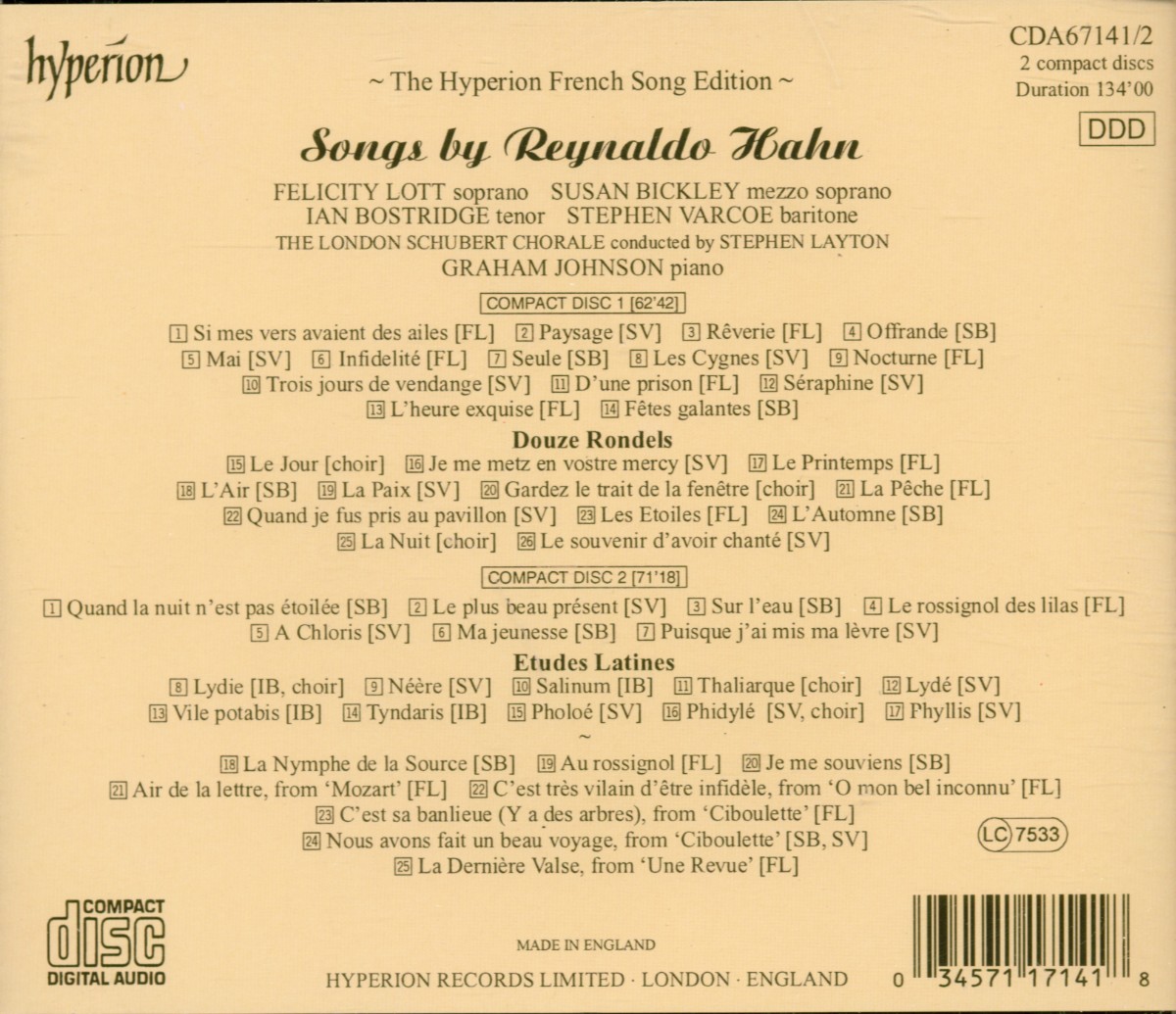 The most Romantic and endearing of all French composers of La Belle Epoch, Reynaldo Hahn was not French at all. Born in Caracas to a Venezuelan mother and a German father he moved to Paris at an early age and soon became the darling of the salons. His most famous song, If my verses had wings—recorded many times by artists from Dame Nellie Melba to Joan Sutherland—was written when he was 13.

This two-CD set is the most representative recording of Hahn's songs ever made. It includes the complete Etudes Latines and Rondels (both with choir) as well as many of his most familiar songs. It also includes a number of songs never recorded before now.

'To wonderful songs ... [the artists] bring delicacy, grace, an emotion the more poignant for being understated ... Not to be missed' (The Observer)

'This is music for the intellect, interpreted with the utmost sensitivity' (Hi-Fi News)

'For the best song-singing I've heard in many moons this is the one' (Fi, USA)