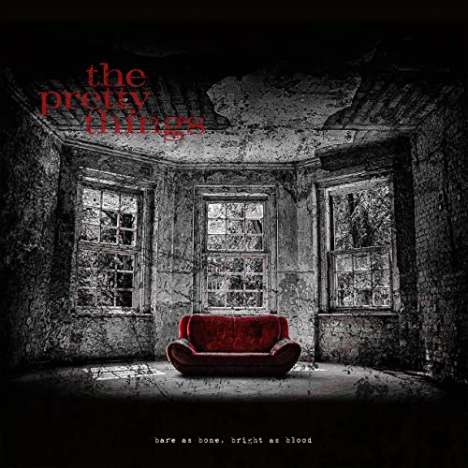 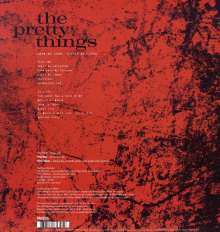 The 15th May 2020 marked the death of Phil May, the legendary lead singer with The Pretty Things.

At the time of his death, Phil was hugely excited about the impending release of the first-ever, all-acoustic Pretty Things album, which had recently been completed.

The words below were written on the 5th May, just nine days before Phil died. We have left them unchanged as they remain relevant to the album and particularly to Phil and his connection to it. Even at this stage in his career, Phil was enthusiastically looking forward to performing these dark songs live and showcasing fresh on-stage approaches.

Unfortunately, the songs will never be heard live with Phil’s voice, but that doesn't diminish the power of this remarkable record which stands as a touching tribute to one of the most significant artists of a rightly celebrated generation (and beyond).

For anyone who knows The Pretty Things, their retirement from live, electric, performances in December 2018 will be a well-known fact. After the dust had settled on that memorable and emotive night, what they were going to do next was not. In the end, the chosen route was obvious. The band had been performing a rootsy, acoustic blues segment in every live show for more than ten years – a homage to their musical roots that was hugely well-received and always highly anticipated.

»Bare As Bone, Bright As Blood« is an album of raw, live, devil’s music straight from the Dartford Delta with its heart in Depression era Mississippi. A record to make the band’s die-hard fanbase think, as well as enjoy, and take them back to where the »1st Wave British R&B’ers« came in. Not just a jolly trip down memory lane, but something to put some perspective on the emerging road ahead, as well as view back down that road.

It features a mix of source material; standards the band has featured in its set for years; some semi-contemporary compositions by unexpected, existing and established artists (but of a younger generation); original recordings penned by old friends and new finds. There is a connection across the 55-year timespan between the start-up Pretties, and this newly emerging, acoustic and roots Pretty Things.

Now in their mid-70’s Phil May and Dick Taylor have re-invented themselves as who they really are – now… No longer the oldest, R&B swingers in town, they have hunkered down, into their age, their authority and their legacy, working to take forward what they know, and to pass that invaluable baton around, to let it fall into the right hands and the right ears.