The Good, The Bad And The Zugly: Algorithm & Blues

The Good, The Bad And The Zugly
Algorithm & Blues
LP
LP (Long Play) 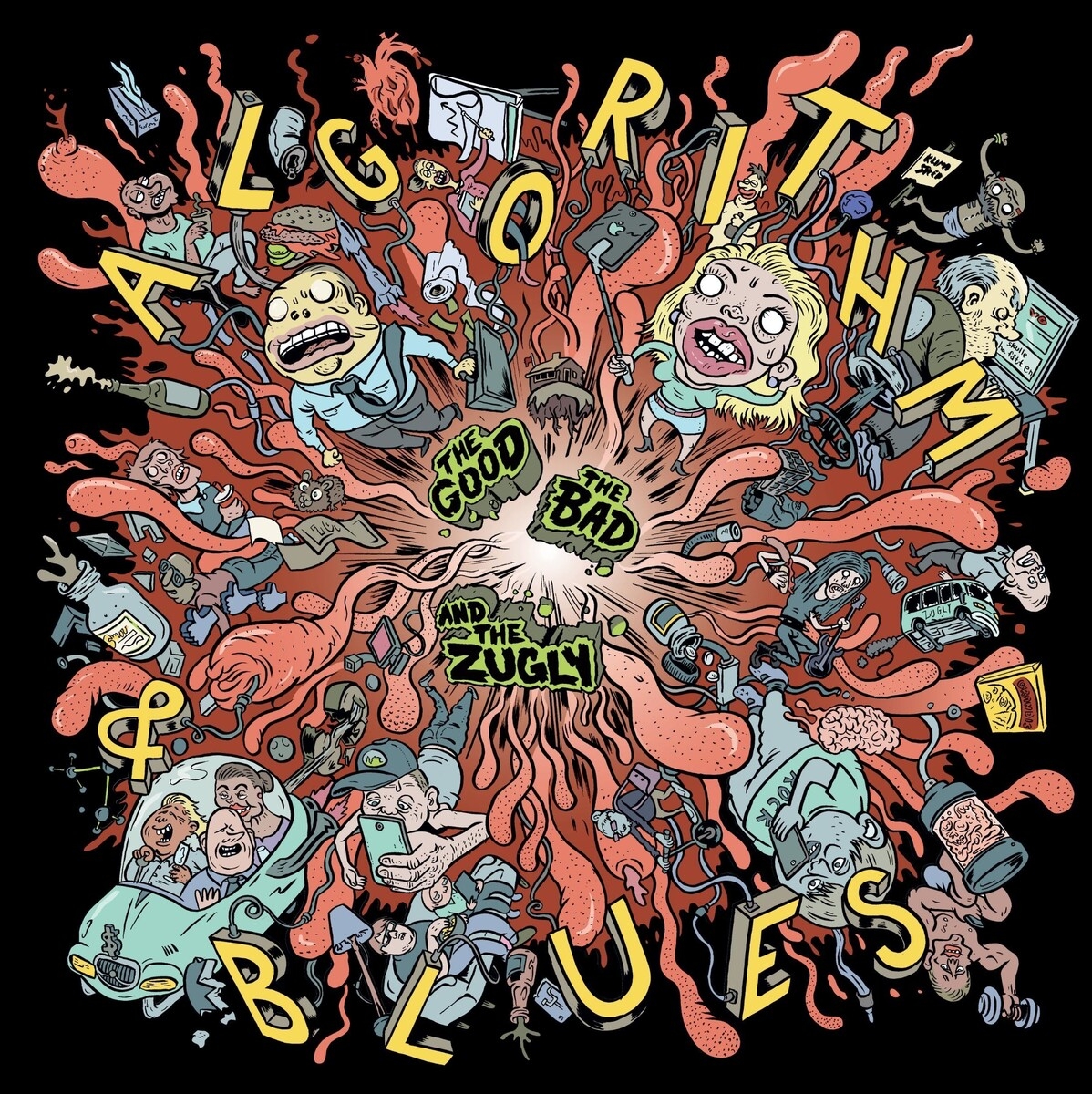 Algorithm & Blues is the fourth studio album of Norwegian punk five-piece The Good the Bad and the Zugly (GBZ). In the wake of the ego-maniacal success of their previous album "Misanthropical House", climaxing by being rewarded the Norwegian Grammy (Spellemann) in the category Rawk and manifesting once and for all that GBZ is a better band than both Turbonegro and Kvelertak, the band has now put their bitterness behind them and embraced its disdained yet lustrous big brother - PETTINESS. There is no end to the amount of CAP-LOCKS this band has thrown at innocents, despite the fact that they are all deep down low-life loudmouths with loud voices and fake profiles, hiding behind their computers.

On their upcoming album with the forced fatalist title "Algorithm & Blues", the band offers a false and easily dismissed impression that they have shifted the focus from themselves and over to more contemporary global issues. Do not be fooled! These are all lies! The album is a calling from GBZ to embrace your pettiness. So Fuck Life... But how to live it?

"Algorithm & Blues" is recorded, mixed and produced by Anders Nordengen at Hadeland and Nabolaget, Oslo. Ruben Willem (previously in Haust) has done the mastering. Like the band's previous albums, the artwork is done by Flu Hartberg. The Good the bad and the Zugly consists of members from Kosmik Boogie Tribe, Wonderfools, The Devil and the Almighty Blues as well as singer Ivar Nikolaisen, previously of Silver and currently in Happy Dagger and Kvelertak.

The Good, The Bad And The Zugly
Misanthropical House (Green Vinyl)
LP
EUR 20,99*

The Good, The Bad And The Zugly
Hadeland Hardcore
LP
EUR 22,99*
alle anzeigen