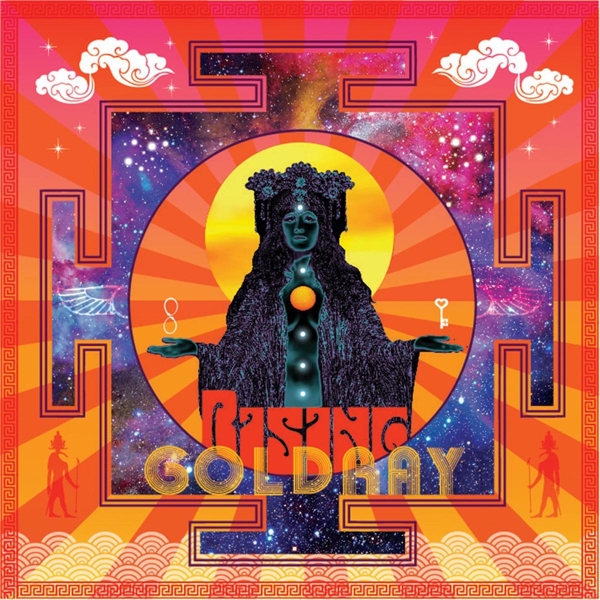 Kenwyn House, guitarist of 90s alt rock giants Reef and his new UK psychedelic rock band Goldray release their highly-anticipated full length debut album. Recorded at various studios including Metropolis, The Granary and Rak Studios, the album has been produced jointly by Kenwyn House and vocalist Leah Rasmussen and co-produced by Clive Martin with Brit Award winning producer Pedro Ferreira adding his magic touch to the final mixes. Kenwyn comments: "I've put so much of what I am into this album and these songs. This was a record I was always going to make; an album that truly expressed my vision and choices musically. Making your own record gives you all the terrifying power and responsibility to do exactly whatever your dream vision is. And that's what we've done here; our vision with no thought of anything other than making the best music we can."