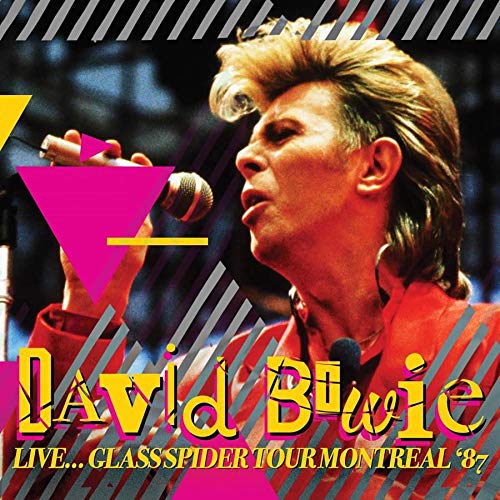 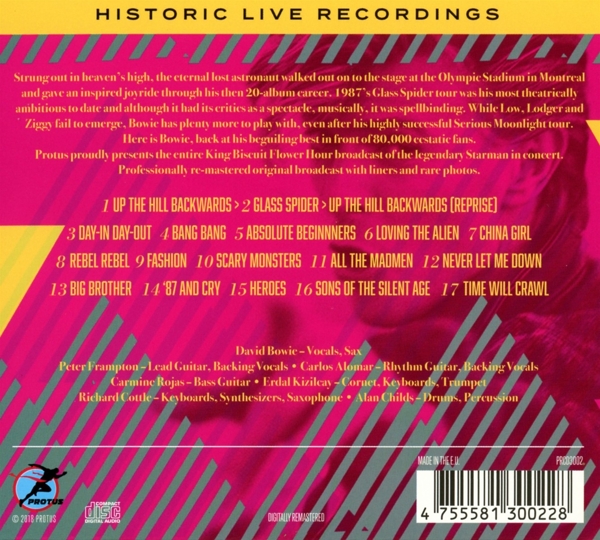 Strung out in heaven’s high, the eternal lost astronaut walked out on to the stage at the Olympic Stadium in Montreal and gave an inspired joyride through his then 20-album career.

1987’s Glass Spider tour was his most theatrically ambitious to date and although it had its critics as a spectacle, musically, it was spellbinding. While Low, Lodger and Ziggy fail to emerge, Bowie has plenty more to play with, even after his highly successful Serious Moonlight tour.

Here is Bowie, back at his beguiling best in front of 80, 000 ecstatic fans. Protus proudly presents the entire King Biscuit Flower Hour broadcast of the legendary Starman in concert. Professionally re-mastered original broadcast with liners and rare photos. n