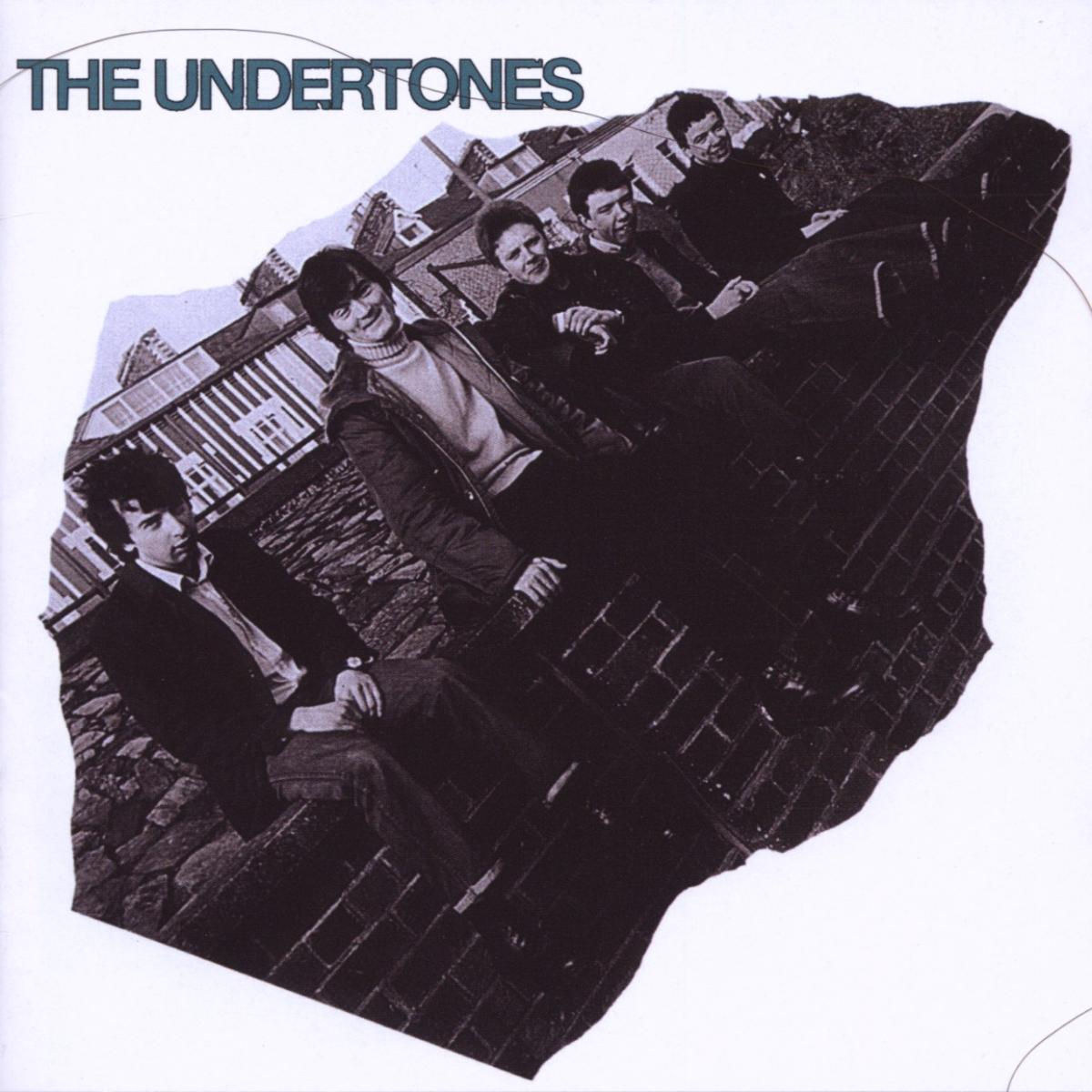 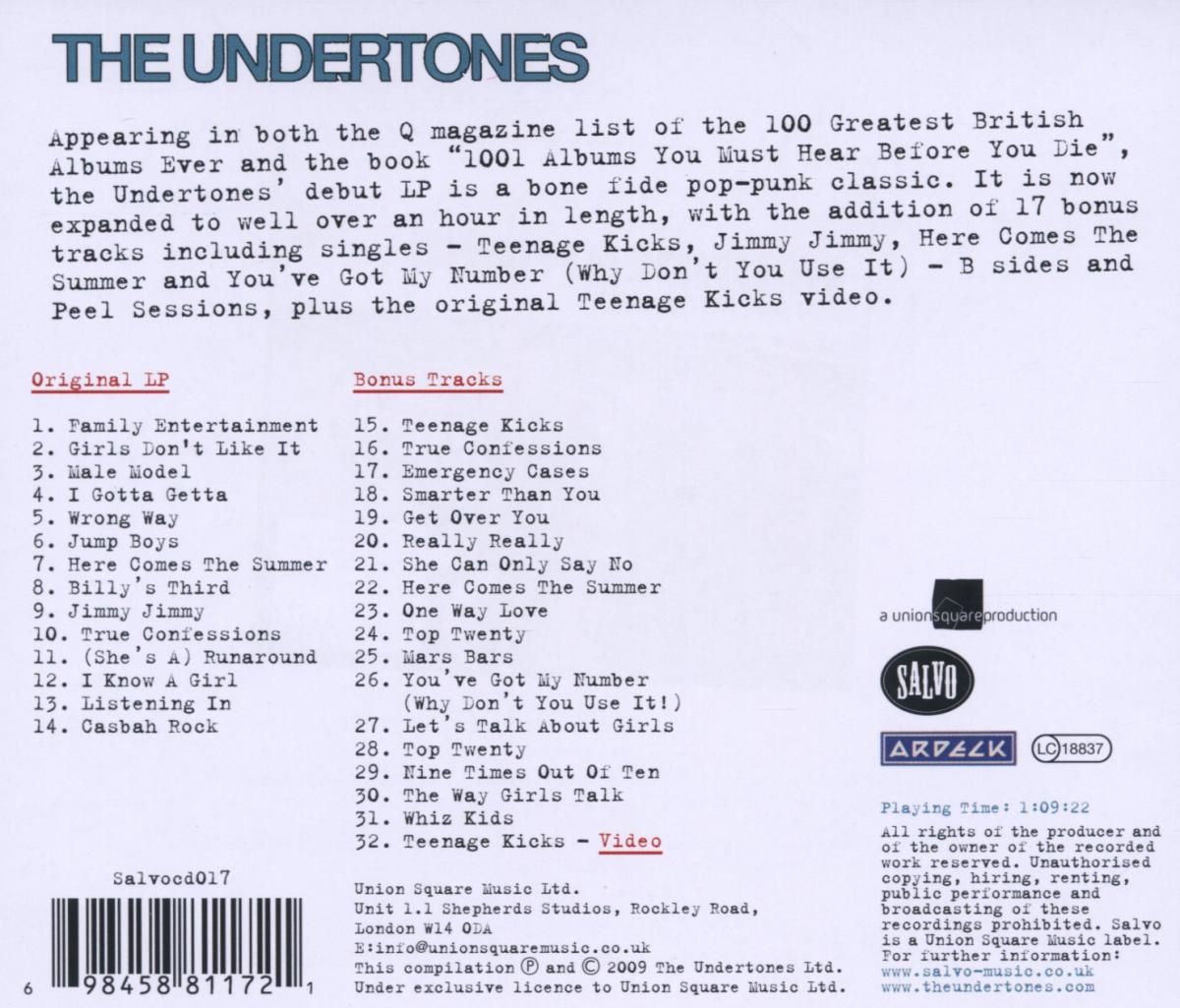 Appearing in both the Q magazine list of the 100 Greatest British Albums Ever and the book "1001 Albums You Must Hear Before You Die"the Undertones debut LP is a bone fide pop-punk classic. Appearing here with no less than 17 bonus tracks including singles, B sides, Peel Sessions and the video to Teenage Kicks here is over an hour of classic timeless Undertones including Teenage Kicks, Jimmy Jimmy, Here Comes The Summer and You’ve Got My Number (Why Don’t You Use It). Also includes a 20 page colour booklet with new sleevenotes by bassist Michael Bradley.

"Marking 30 years since its initial release, this reissue is a treat." [Joe Shooman - Plan B]

"In a world where their fellow punks sang of wishful anarchy and imaginary tommy guns, The Undertones had seen enough of the real thing at home in Derry and so sang of the really important things; usually snogging girls. Thirty years later, propelled by Feargal Sharkey’s unworldly vocals, the sheer exuberance of these gauche but gifted teenagers remains undimmed. A whopping 17 added tracks (non-album singles including Teenage Kicks, B-Sides, Peels sessions) and bassist Michael Bradley’s magic-evoking sleevenotes ensure their legacy has been lovingly tended. The Undertones were a magnificent pop band and this remains a magnificent pop album." [John Aizlewood - Q]

"This is The Undertones’ first album, re-released with seventeen bonus tracks and the video for ‘Teenage Kicks’ â€“ is the soundtrack to those times that even the grumpiest bus driver can whistle: simple, short, catchy and beautiful, and all chiming with those Derry grins and battered parkasâ€¦the incredible power of anti-fashion in pop. Great sleeve notes written by bassist Michael Bradley and in the bonus tracks some real gems â€“ not least of which is the B-side of ‘Get Over You’ and a furiously wonderful song called ‘She Can Only Say No’. A remarkable album, not just for nostalgia’s sake but for still sounding so raw, exciting and whistleable all this time later." [Boff Whalley - R2 Magazine]

The Undertones
Hard to Beat (The Masters Collection)
2 CDs
EUR 8,99*