U2: Rattle And Hum 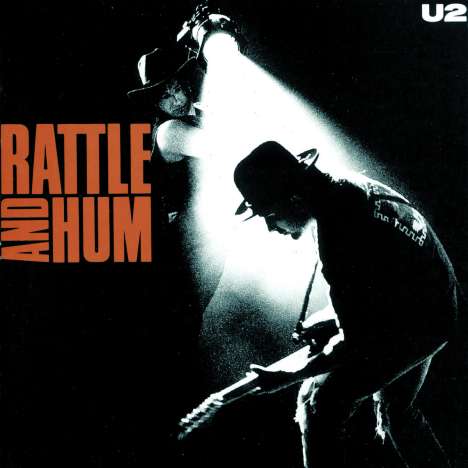 Rattle And Hum was released as a companion 2-LP set to the Phil Joanou-directed film of the same name. The album highlighted live performances from U2's successful 1987-88 Joshua Tree tour as well as additional songs recorded at Sun Studios in Memphis. A five-song CD known as Excerpts from Rattle and Hum was released in the UK in 1989. Three of the songs were live versions taken from the movie - Bad, In God's Country, and With Or Without You. The other two songs were the versions from the album - Hawkmoon 269 and God Part II. A limited edition CD was released in Mexico as part of the Serie Millennium with a different picture sleeve while a Colombian release of Rattle and Hum featured a different back cover. Stranger still, the New Zealand LP was mispressed as a black vinyl mixed with about 40% brown vinyl swirls.

The album reached No. 1 in the UK. In the US, it peaked at No. 1 on the album charts and No. 39 on the Billboard Top Pop Catalog Albums chart. It was certified as multi-platinum by the RIAA with 5 million units sold. In Switzerland, Rattle And Hum reached No. 1 on the album charts and stayed in the charts a total of 27 weeks and was certified Double Platinum. Rattle And Hum was voted Best Album by Rolling Stone readers and was nominated for a Grammy for Best Rock Group Performance. Production Credits Producer: Jimmy Iovine (U2.com)