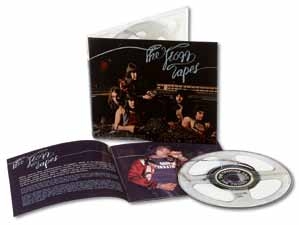 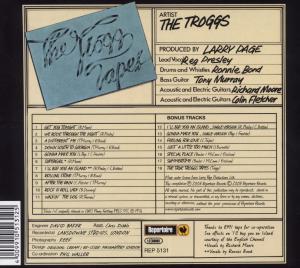 The Troggs were among the hottest hit makers of the Sixties. ‘The Troggs Tapes’, first released in 1976 shows the band writing its own material as well as interpreting other artists’ songs. The results showed the controversial Troggs had more potential than many of their critics believed. Reg Presley, their charismatic lead singer was the man who played the ‘Hot Potato’ on ‘Wild Thing’. He was also writing quality songs like ‘We Rode Through The Night’ and ‘I’ll Buy You An Island’ that are among the highlights of this essential compilation. Among seven bonus intriguing tracks is ‘The True Troggs Tapes’ that seems to answer the famous ‘bootlegged’ version that once circulated the music world and eavesdropped on the band members struggling to record another hit.