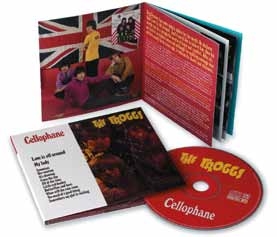 Reg Presley’s song ‘Love Is All Around’ - memorably featured in the hit movie ‘Four Weddings And A Funeral’ - is one of the highlights of this CD. First released in 1967, the album brings back memories of one of the best-loved British pop groups of the Swinging Sixties. Reg and The Troggs roar through a dozen rocking numbers, including ‘Little Red Donkey’, ‘Her Emotion’ and ‘My Lady’, which demonstrates their songwriting skill as well as their ability to play with fire. Eight bonus tracks, comprising selected A and B-sides from 1969-70 plus four special bonus cuts.