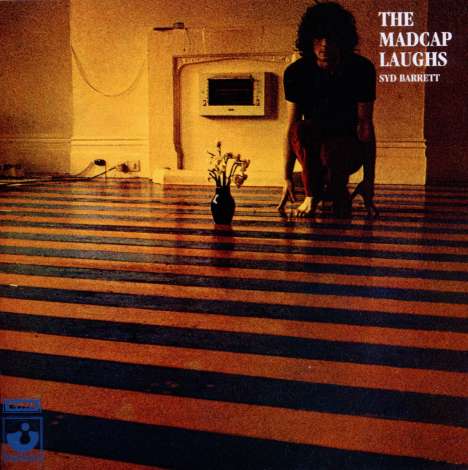 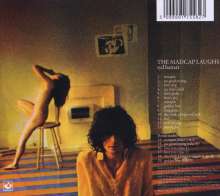 He formed the band in the mid-1960s with drummer Nick Mason, bassist Roger Waters and keyboard-player Richard Wright. With their groundbreaking, semi-improvised sets at the legendary UFO Club in London's Tottenham Court Road, they became the prime movers of British psychedelia. Syd Barrett left Pink Floyd in April 1968. Syd Barrett's first solo album, The Madcap Laughs, was a long time coming but made the Top 40 on its release in January 1970. The Madcap Laughs, was recorded in two sessions, both at Abbey Road Studios: a few tentative sessions took place between May and June 1968 (produced by Peter Jenner), while the bulk of the album was recorded between April and July 1969. The record was produced first by Malcolm Jones, a young EMI executive, and then by David Gilmour and Roger Waters. A few tracks on the album feature overdubs by members of the band Soft Machine. Barrett also played guitar on the sessions for Soft Machine founder Kevin Ayers' debut LP Joy of a Toy, although his performance on ''Religious Experience'' was not released until the album was reissued in 2003. Over the last four decades, Syd Barrett has become the ultimate rock enigma. In 1975, he paid an eerie visit to his former band mates at Abbey Road while they were recording ‘Shine On You Crazy Diamond’, the centrepiece of the Wish You Were Here album he had inspired. He never entered a studio again.

In 2001, he was the subject of a BBC Omnibus documentary. He died in July 2006 but his legacy lives on in the music of R. E.M., Robyn Hitchcock, Julian Cope, Spiritualized, Blur and countless other groups. Earlier this year, Faber and Faber published Syd Barrett: A Very Irregular Head, an exhaustive biography by long-time fan Rob Chapman. This classic album is reissued with new artwork based on the original vinyl release.