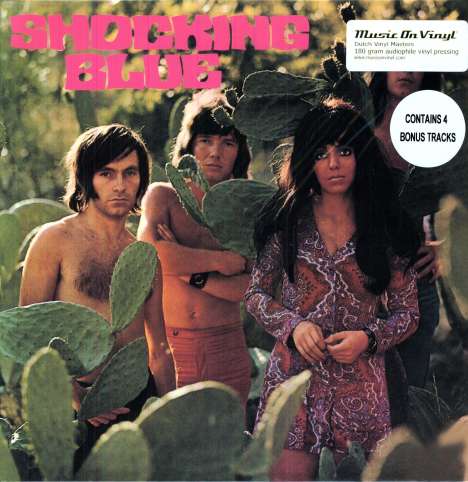 *** Gatefold Cover
Shocking Blue was a Dutch rockband from The Hague that was at their peak in the sixties and seventies and gained major cross-Atlantic success! The band was founded in 1967 and after recruiting vocalist Mariska Veres they soon became huge. With their single ›Venus‹ they became the first Dutch band ever to reach the first spot on the American Billboard Hot 100. The band had a series of subsequent hits but decided to call it a day in 1975. Their influence reached well beyond their generation: even bands like Nirvana and Tthe Prodigy used Shocking Blues's ›Love Buzz‹. Although considered a singles-band, they released a couple of very high quality albums. One of the best is ›Scorpio s Dance‹ in many ways: lts cover has been chosen as one of the most legendary LP covers in Dutch pop history.
Our audiophile reissue boasts the original gatefold sleeve and contains 4 bonustracks that were not available on the original LP editon.