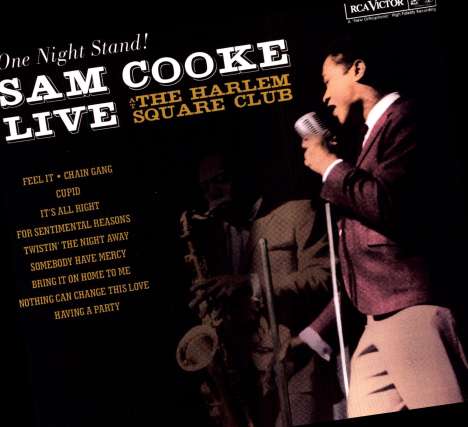 "Live at the Harlem Square Club' is a classic live album by soul singer Sam Cooke, backed by King Curtis, Clifton White and Cornell Dupree to name a few. Although recorded in 1963, the LP first saw the light in 1985. "Live at the Harlem Square Club' easily stands the test of time next to albums such as James Brown's "Live at the Apollo' or Jackie Wilson's "Live at the Copa'. In 2003, the album was ranked number 443 on Rolling Stone Magazine's list of the 500 greatest albums of all time. This 180 grams audiophile edition contains the most recent remastered audio version (2005) for the first time on vinyl ever! Pressed on 180 grams audiophile vinyl; Remastered Audio.