Maria Muldaur: Yes We Can 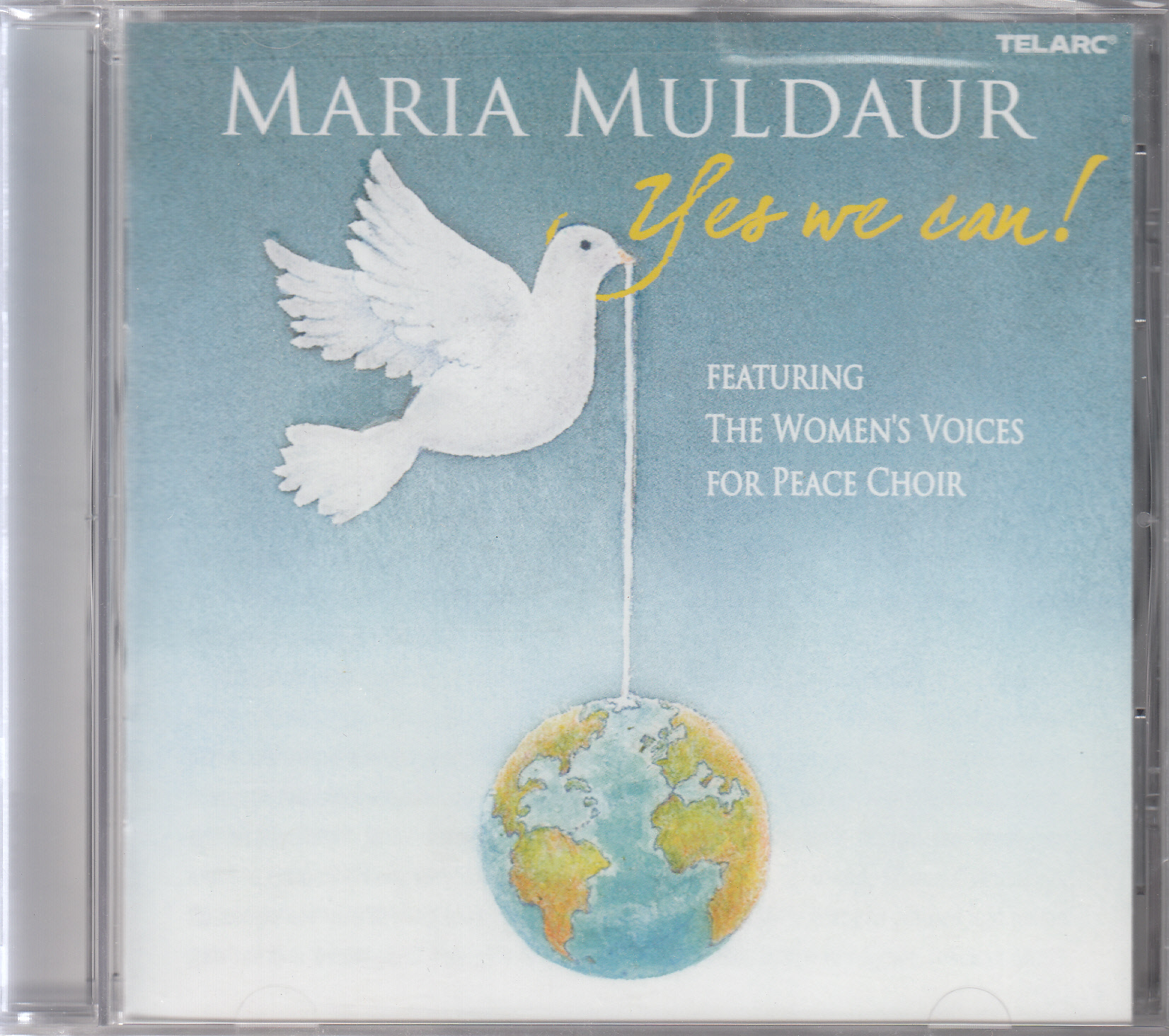 Maria Muldaur Says Yes To The Vision Of A Better World

Maria Muldaur, a veteran of the Greenwich Village folk and roots music heyday in the early 1960s, has spent the last four and a half decades weaving her blues, roots and jazz influences into a unique sound that speaks to matters of love, romance and other themes that are as universal as they are personal.

And like so many others, she is concerned about the increasingly precarious nature of the human condition on every front: socially, economically, politically, environmentally and spiritually.

This veteran performer takes a stand on these issues on her new Telarc release, Yes We Can!, set for release on July 22, 2008. The album showcases the work of some of the most socially conscious songwriters of the past half-century: Bob Dylan, Marvin Gaye, Allen Toussaint, Earl King and Garth Brooks, to name a few.

Throughout the album’s thirteen tracks, a host of well known progressive voices help Muldaur shed the light and sharpen the focus on the precarious state of the world and its future. Collectively dubbed The Women’s Voices for Peace Choir, the high-profile guest list includes Bonnie Raitt, Joan Baez, Jane Fonda, Odetta, Phoebe Snow, Holly Near, Jenni Muldaur and others. “Most of these women have boldly and tirelessly been lifting their voices for peace, non-violence and social justice their whole lives, and their commitment to these causes has been deeply inspiring to me over the years,” says Muldaur.

“What is on my heart and mind is the sad, deplorable condition of our planet today,” she explains. “War, global climate change, massive debt and economic crisis, increasing food shortages, nuclear proliferation, genocide, and my ever-growing frustration with our leaders. If things in this world continue the way they are, there soon won’t be any people to make romance and babies, and no life-sustaining place to do so either.”

The band lays down the bedrock of this multi-voiced recording by evoking the churning, progressive aesthetic that defined the ‘60s folk movement – an aesthetic that still carries a great deal of weight in the face of today’s numerous but interconnected concerns. Nowhere is this link between two eras more evident than in Muldaur and company’s covers of three seminal anti-war tunes from the Bob Dylan canon – “John Brown,” “License To Kill” and “Masters of War.”

Also in the anti-war vein, Muldaur delivers a subdued rendition of the 1969 hit, “War,” dispensing with much of the bombast of Edwin Starr’s original version and infusing it with a poignancy that gives the lyrics more room to breathe. In the following track, Joan Baez, Holly Near and Odetta – three of the most resonant voices of the protest era – appear together in a gospel-flavored rendition of Garth Brooks’ “We Shall be Free.”

In the home stretch, actor / activist Jane Fonda and author Anne Lamott are among the voices who join in on the traditional “Down By the Riverside,” followed by “Everyone in the World,” a final call for global harmony that plays like a prayer.

Rather than a forum for preaching doom and gloom, Yes We Can! is an appeal for peace in a troubled world, says Muldaur. The emphasis is on our connectedness rather than our division.

“I realized that the issues that concerned me most go much deeper than singing songs that diss the current leaders in power,” she says. “I don’t want to look backward with derision, but look forward with vision to the possibility of a changed world. We have to say out loud that we are global, that we are so linked together, that we will work together towards unity and peace.” (concordmusicgroup. com)