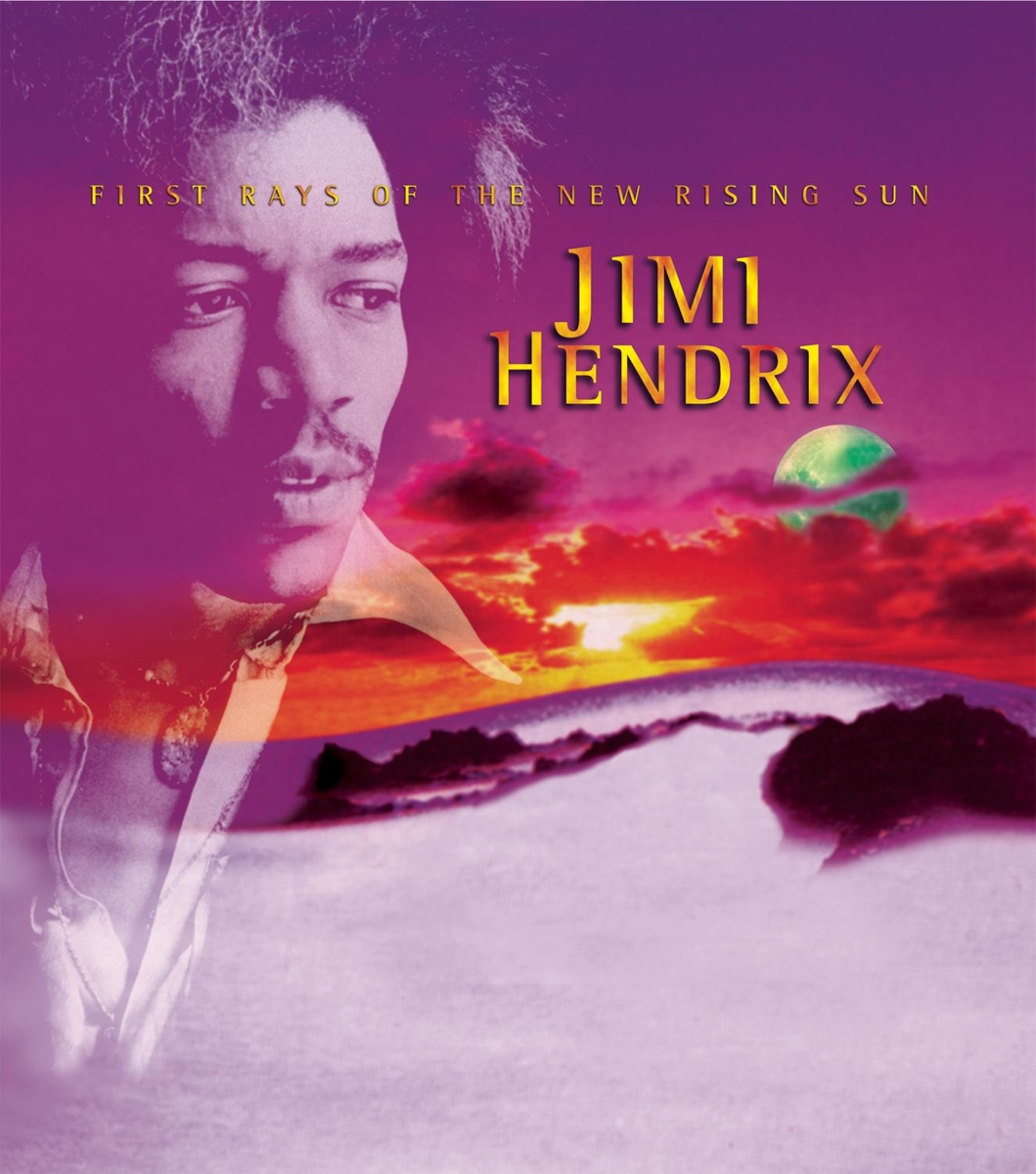 *** Gatefold Cover
'First Rays Of The New Rising Sun', the last graceful gesture by the innovative artist Jimi Hendrix, is the first album prepared under the supervision of his family. It draws together 17 songs whose creation span from March 1968 to the last sessions at Electric Lady Studios in August 1970. Produced from the original master recordings, First Rays Of The New Rising Sun has many of Hendrix's most creative musical achievements, including ''Night Bird Flying,'' ''Angel,'' ''Dolly Dagger,'' ''Hey Baby (New Rising Sun),'' and ''In From The Storm.''

The last material Jimi Hendrix was working on prior to his death was posthumously released on three albums in the early seventies: The Cry of Love, Rainbow Bridge, and War Heroes. His last studio album, First Rays of the New Rising Sun, was assembled by Hendrix's engineer and co-producer Eddie Kramer and John McDermott, well-known Hendrix historian. Their mission was to create the album as Hendrix himself would have if he'd been alive to finish it.