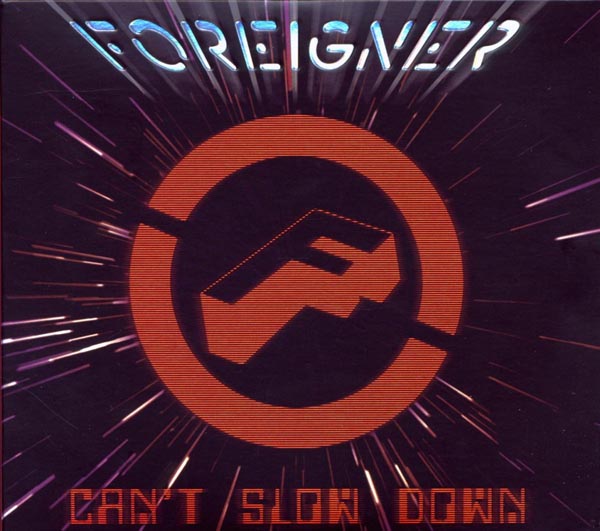 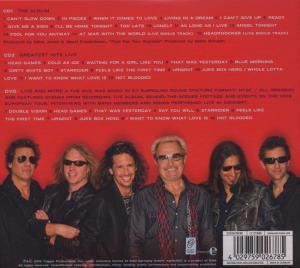 Foreigner
Can't Slow Down... When It's Live!
2 LPs
EUR 18,99*
DVD:Sound:DSS 5.1;Bild:NTSC;Ländercode:Keine Angaben;
Laufzeit;Keine Angaben
*** Digipack
Everyone knows more Foreigner than they think… classics such as “Cold As Ice”, “Waiting for a Girl Like You” and the number 1 hit “I Want to Know What Love Is” have cemented the band’s status one of the most popular rock acts ever. Foreigner‘s mix of blustery blues and impeccably crafted pop continues to captivate generation after generation of music fans.

This is an album that grabs you from the outset, with straight Rock opener “Can‘t Slow Down,“ which stands strong beside melodic mid-tempo songs such as “Angel Tonight“ and “Too Late“ and beautiful ballads “When It Comes To Love” (one of the strongest tracks on the album and surefire hit) to the last chord of the Ronson production “Fool For You Anyway”. Founder member Mick Jones - lead guitars and vocals - is joined by Kelly Hansen on lead vocal (ex Hurricane); Tom Gimbel (long term touring with Aerosmith) on guitar, saxophone, flute and backing vocals; Michael Bluestein (Stevie Nicks, Enrique Iglesias and Anastacia) on keyboards; Jeff Pilson (ex Dokken, Dio and MSG) on bass; and Brian Tichy (Ozzy Osbourne, Slash‘s Snakepit, Glenn Hughes, Billy Idol) on drums.

Of the album and the line up, Mick Jones (the band’s founder and legendary songwriter / guitarist) says: “Our music has touched a lot of people worldwide. Unwittingly, we've weaved into the fabric of people's lives and this new line-up is working extremely hard to live up to the high bar that was set years ago. This is the most dynamic line-up that we’ve had since the early days.”

Available on CD, “Can’t Slow Down” is also available as part of a 2CD/1DVD set (Disc 1: Can’t Slow Down Studio Album, Disc 2: Foreigner Live, Disc 3: DVD featuring live footage, backstage footage and interviews) in 5.1 sound, on a Vinyl and as a Collectors Edition which features signed 7” vinyl & CD.