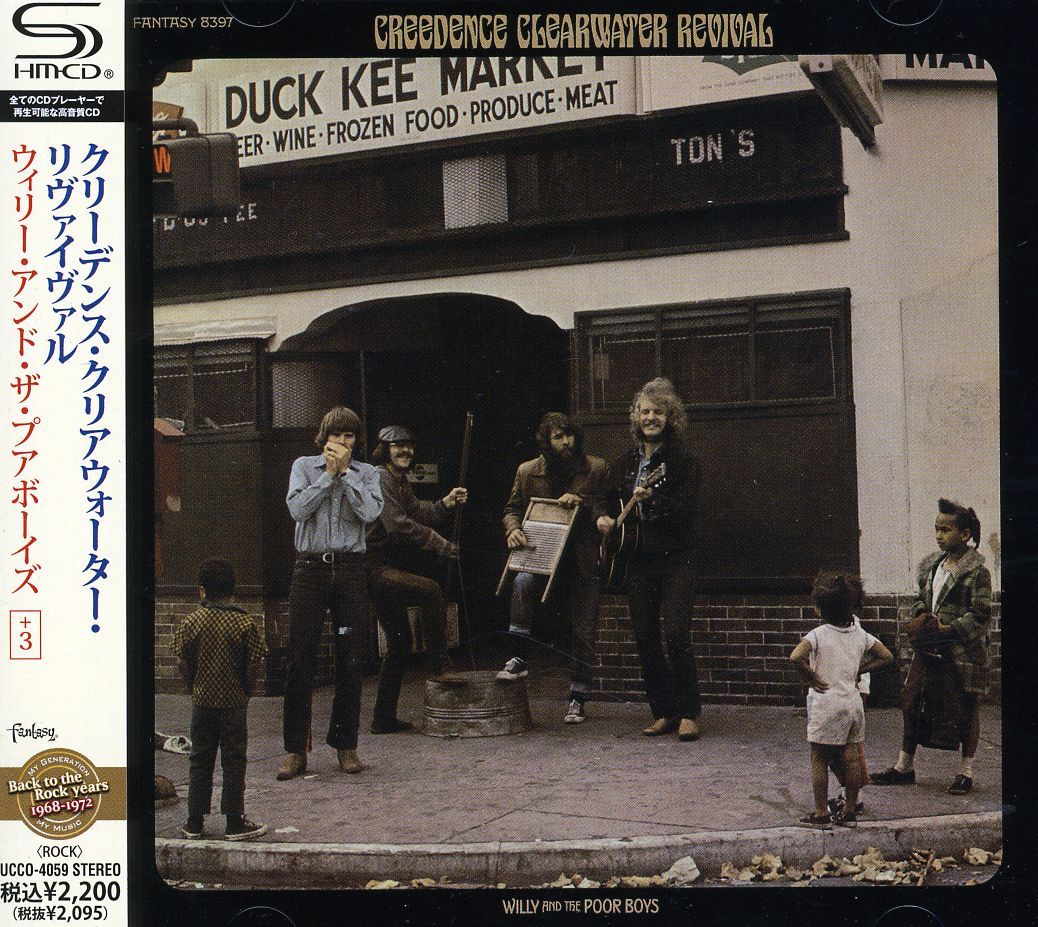 Willy & The Poor Boys came out in 1969, when, as annotator Ed Ward writes, “a period when Creedence, surely the most anomalous band in the San Francisco explosion of the late ‘60s, was also proving its most commercial seller of them all.” The album contains the anthemic “Fortunate Son” along with “Down on the Corner” and a cover of the traditional folk song “The Midnight Special.” Bonus tracks include live versions of “Fortunate Son” and “It Came Out of the Sky,” plus an unreleased studio version of “Down on the Corner” recorded with Booker T & the MGs for a TV special at the band’s Berkeley rehearsal hall. The song features John Fogerty trading licks with guitar hero Steve Cropper.

In celebration of the 40th Anniversary of Creedence Clearwater Revival, the legendary band’s first six albums are being reissued by Fantasy Records as six individual expanded-edition CDs. The albums Creedence Clearwater Revival, Bayou Country, Green River, Willy & the Poor Boys, Cosmo’s Factory and Pendulum,, all originally released from 1968-70 —have been remastered and contain B-sides and unreleased studio & live material.