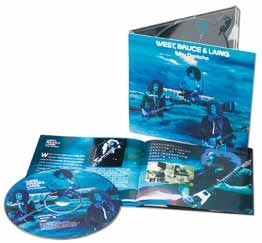 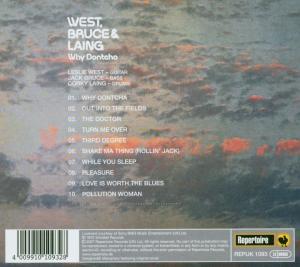 When great musicians collide, they produce bursts of energy and sparks of creativity. That’s what happened when three of the stars of rock teamed up to form super group West, Bruce & Laing in 1972. Leslie West was a powerhouse guitarist who had fronted Mountain, a band that also included drummer Corky Laing. The New Yorkers had been heavily influenced by Cream in the Sixties, and so when West managed to recruit Cream’s legendary bass player Jack Bruce, it seemed like Leslie’s ‘dream band’ had come true. With Bruce singing as well, the new outfit quickly became one of the most popular touring acts of the Seventies. This album shows a hot band blasting through a pleasing mix of blues, boogie and rock’n’roll. The riff-laden title track is a virtual blueprint for the future of heavy metal. Dontcha miss this well-produced set of dynamic performances, that sounds as fresh as it did yesterday.