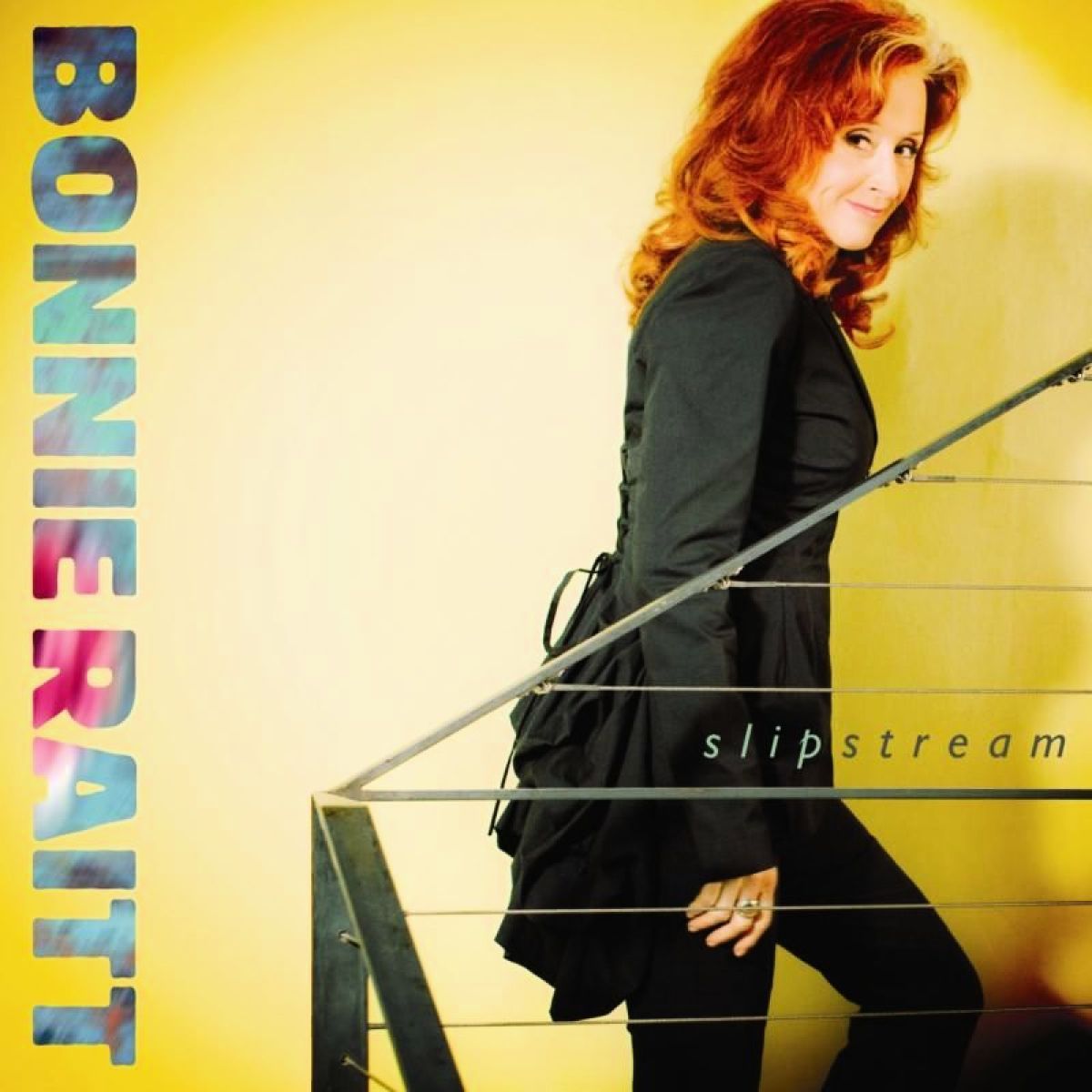 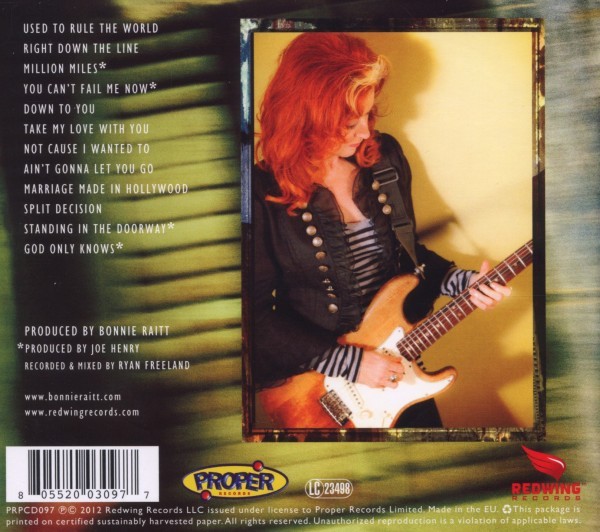 With the release of her nineteenth album, Slipstream, Bonnie Raitt is starting a new. The album marks her return to studio recording after seven years; it's coming out as the launch of her own label, Redwing Records; and it delivers some of the most surprising and rewarding music of her remarkable career, thanks in part to some experimental sessions with celebrated producer Joe Henry.

The years before and after Raitt's last album, 2005's acclaimed Souls Alike, weren't an easy time for her, with the passing of parents, her brother, and a best friend. So after following that album with her usual long run of touring—winding up with the "dream come true" of the "BonTaj Roulet" revue with Taj Mahal in 2009 and a triumphant appearance at the all-star Rock and Roll Hall of Fame 25th anniversary concerts the same year— she decided to step back and recharge for a while.

"I took a hiatus from touring and recording to get back in touch with the other part of my life," she says. "On the road, under stress, it's hard to stay in balance and move forward." Excited to have time at home and with her family and friends, she could go to the symphony, check out live jazz and Cuban shows, and so much else. She continued her ongoing political work, helping to organize NukeFree. org in 2007 and supporting her favorite non-profit organizations. "I didn't have to be the professional version of myself for a long time," she says. "It wasn't so much a vacation as a chance to take care of a lot of neglected areas of my life, a lot of processing after all that loss and activity."

When she started thinking about making music again, Bonnie knew she needed to try something out of the ordinary. "I was really interested in working with different people, and someone I had always been drawn to was Joe Henry," she says. "I'm a big fan of his writing and albums and love the work he's done producing Allen Toussaint, Solomon Burke, and others. I thought it would be really intriguing to see what we could come up with. Coincidentally, he had been wanting to call me as well. Our first phone call lasted over two hours."

They found a brief window when Henry's usual crew of musicians was available, augmented by a new friend of Bonnie's, the magnificent guitarist Bill Frisell. "I didn't have to produce or get the band together, I could just show up and sing," she says. "I came to Joe's with, to use a Zen expression, 'beginner's mind.'" The experiment yielded eight songs in 48 hours, and Raitt was inspired to get back to work full force. "I loved singing these songs and playing with these guys so much," she says, "This was just the jumpstart I needed to get me back in the saddle and wanting to work on a new album."

She plans to release the full results of the Joe Henry sessions down the line, but for now she chose to include four of these tracks on Slipstream —the Henry originals "You Can't Fail Me Now" (co-written with Loudon Wainwright III) and "God Only Knows," and two songs from Bob Dylan's Time Out of Mind album, "Million Miles" and "Standing in the Doorway."

A few months later, Raitt gathered her long-time touring bandmates—George Marinelli on guitar, James "Hutch" Hutchinson on bass, and Ricky Fataar on drums—along with a new addition and an old friend on keys, Mike Finnigan (Taj Mahal; Joe Cocker; Crosby, Stills and Nash) in a Los Angeles studio. Bonnie was also pleased to have Maia Sharp, one of her favorite artists and a collaborator on Souls Alike, joining her team once again, adding back-up vocals to several songs.

Raitt retained Henry's engineer, Ryan Freeland (Ray LaMontagne, Ramblin' Jack Elliot, Aimee Mann), whom she loved working with, as a way to unify the project's sound. The band went straight to work and quickly recorded a slew of songs Raitt had been collecting over the last few years.

Where Raitt's last several albums concentrated on material from lesser-known and younger songwriters, Slipstream draws from more of her contemporaries, including Paul Brady and Michael O'Keefe's "Marriage Made in Hollywood" and a reggae-fied version of Gerry Rafferty's "Right Down the Line." Her longtime friend Al Anderson, formerly of NRBQ, contributes three songs and plays on four; his hard-bopping guitar work adds to the general sense of six-string gunslinging throughout the album. "One of the new things about this record is that we let the guitar jams go on for a while," says Raitt. George and I got into some rockin' back and forth like we do live, and I had a ball going head-to-head with Al Anderson, one of my all-time favorite guitarists, on his 'Split Decision.'

The album's title is very significant for Bonnie —Slipstream isn't just a beautiful sounding word, but an indication of her place in the music community. "I'm in the slipstream of all these styles of music," she says. "I'm so inspired and so proud to continue these traditions, whether it's reggae or soul or blues. I'm in the slipstream of those who came before me, and I'm leaving one for those behind me. I'm holding up the traditions of the music that I love."