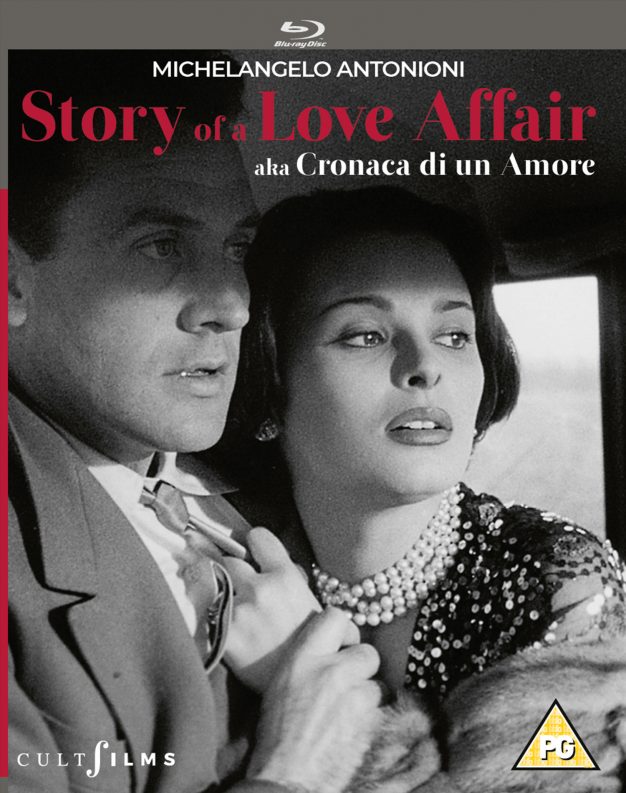 Groundlessly jealous of his wife's romantic past, Enrico Fontana hires a private detective to finally determine if she is faithful or not. Ironically, his suspicious attitude brings his wife Paola together with Guido, a man with whom she had once been in love. Paola and Guido's past was clouded in tragedy, their passion rekindled once again where the the lovers think about murdering Enrico.

After making highly regarded documentaries, Story of a Love Affair was Michelangelo Antonioni's first feature length dramatic film. It also signalled a significant change in the direction of post-war neo-realism. The future director of L'Avvetura, L'Eclisse, and Blow Up had already begun to set down the fundamentals of his future films, exploring the uneasy emotions that lie between characters.

Premiere cinema screening presentation of the Restored Film, with Director Antonioni, Star, Lucia Bosè attending + filmworld VIPs, Giuseppe Tornatore, Dario Argento et..
Interview with the principal Italian Critic and friend of Fellini, Tullio Kezich “When a 1st Work Is already a Masterpiece”
The genesis of the film by Assistant Director and co-writer Francesco Maselli
The making-of the film with “When a 1st Work Is already a Masterpiece” by plus interviews
Restoring a masterpiece by Giuseppe Rotunno, Fellini’s cinematographer (also THE LEOPARD, ALL THAT JAZZ, Gillian’s BARON MUNCHAUSE…)