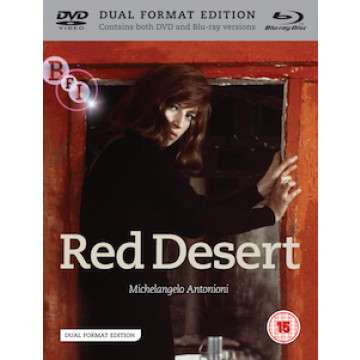 Antonioni's mid-career masterpiece – his first film in colour – tells the story of Giuliana (Monica Vitti), a young woman suffering a mental and emotional crisis and embarking tentatively on an affair. Vitti – Antonioni's lover and muse, and the star of his earlier films L'avventura, L'eclisse and La notte – gives a magnificent, startling performance. She is ably accompanied by Carlo Chionetti as her unemotional husband Ugo, and Richard Harris as Corrado, Ugo's restless associate who finds himself drawn to her.

Red Desert is a stunning film from the great Italian auteur, a deserving winner of the Golden Lion at the 1965 Venice Film Festival and a high point in modern cinema. This is a new restoration with new improved English subtitle translation.