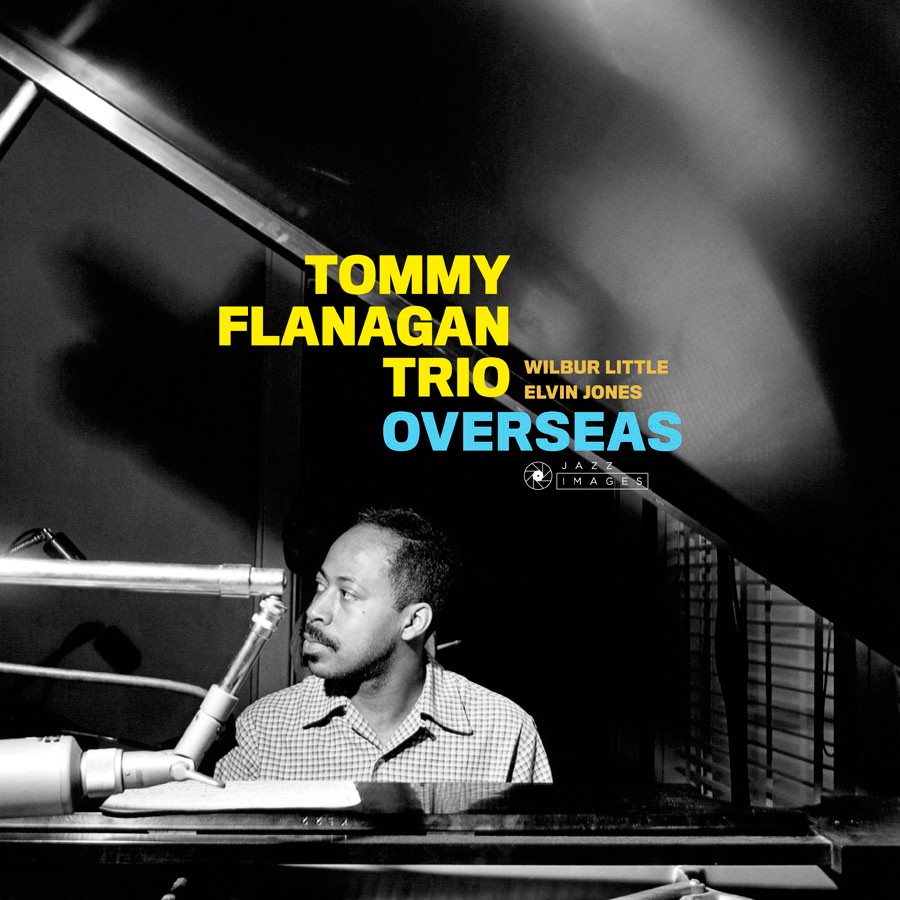 + Wilbur Little, Elvin Jones
*** Gatefold Cover
Born in Detroit on March 16, 1930 (he died in New York on November 16, 2001), pianist Tommy Flanagan had already participated on more than 25 albums by the time Overseas was taped, an impressive number considering that his fi rst studio appearance was in March 1956. This 1957 trio session recorded in Sweden marked Flanagan’s fi rst album as a leader. The pianist was touring with trombonist J. J. Johnson—along with Wilbur Little and Elvin Jones—when these recordings were made. His initial trio LP gives proof of Flanagan’s musical depth, showing that he wasn’t just a pianist but also a solid composer. Most of this date is devoted to Flanagan’s compositions, though only one, “Eclypso,” remained in his repertoire for long. This engaging piece alternates between calypso and bop, with Jones switching between sticks and brushes.