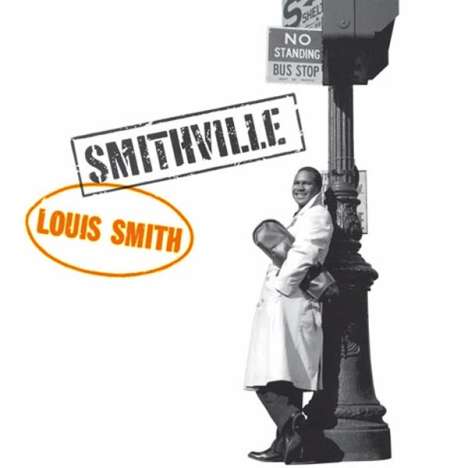 During the 1950s, trumpeter Louis Smith was a rising star in the jazz world, appearing as sideman on LPs by Kenny Burrell and Max Roach, while recording two of his own excellent albums for Blue Note in 1958. Smith was headed for a promising career in jazz when he suddenly decided to leave the hectic world of touring and recording for the more stable life of teaching at the University of Michigan. Smithville, the second of those two outstanding 1958 LPs, featured Smith playing in a quintet setting backed by pianist Sonny Clark, tenor saxophonist Charlie Rouse, bassist Paul Chambers and drummer Art Taylor. Kicking off the album with two of his own compositions, Smith displays his versatility with the juxtaposition of "Smithville", the album's mellow opener, and "Wetu", a note heavy uptempo number that also shows Smith's virtuosity on his instrument. Bonus tracks include "Baking" and Charlie Parker's classic "Au Privave".