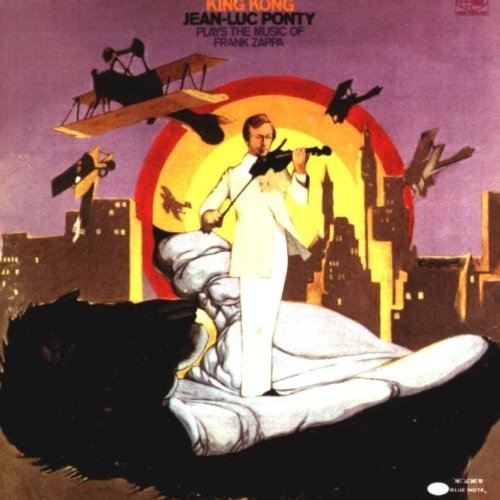 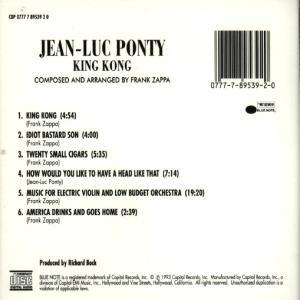 King Kong: Jean-Luc Ponty Plays the Music of Frank Zappa was an active collaboration; Frank Zappa arranged all of the selections, played guitar on one, and contributed a new, nearly 20-minute orchestral composition for the occasion. Made in the wake of Ponty's appearance on Zappa's jazz-rock masterpiece Hot Rats, these 1969 recordings were significant developments in both musicians' careers. In terms of jazz-rock fusion, Zappa was one of the few musicians from the rock side of the equation who captured the complexity - not just the feel - of jazz, and this project was an indicator of his growing credibility as a composer.

For Ponty's part, King Kong marked the first time he had recorded as a leader in a fusion-oriented milieu. The Mothers of Invention had previously recorded three of the six pieces and "Twenty Small Cigars" soon would be. Ponty writes a Zappa-esque theme on his lone original "How Would You Like to Have a Head Like That," where Zappa contributes a nasty guitar solo. The centerpiece, though, is obviously "Music for Electric Violin and Low Budget Orchestra," a new multi-sectioned composition that draws as much from modern classical music as jazz or rock. It's a showcase for Zappa's love of blurring genres and Ponty's versatility in handling everything from lovely, simple melodies to creepy dissonance. In the end, Zappa's personality comes through a little more clearly (his compositional style pretty much ensures it), but King Kong firmly established Ponty as a risk-taker and a strikingly original new voice for jazz violin.