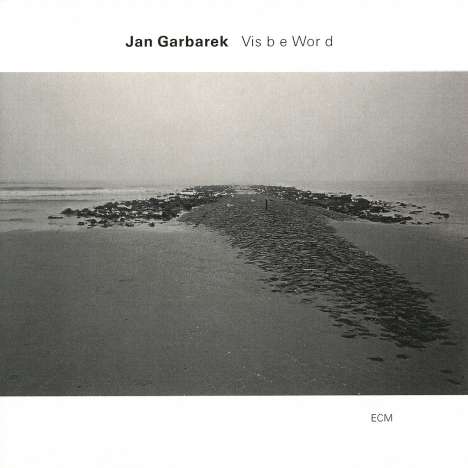 Over a quarter-century Jan Garbarek's ECM discography has subdivided itself into two main streams. There are albums that are ensemble "progress reports", documentations of the music the Norwegian saxophonist has made with his group in any given period. And then there are the production projects, experimental encounters with musicians of other cultures and backgrounds, of which Officium has been the most recent and most widely-applauded instance, bringing the uniquely sensitive qualities of Jan's soprano and tenor improvisations to a vast new audience.

There is a tributary, however, that runs between the streams, influenced by both of them. Visible World belongs, for Jan Garbarek, to a line of recordings that includes Dis, Eventyr, the solo album All Those Born With Wings, and I Took Up The Runes - and is perhaps closest, atmospherically, to the last two of these.

On the new recording, the majority of the instrumental parts are played by Jan himself; associates past and present - including the personnel of the popular Garbarek Group - are invited to make contributions on specific tracks, soloing under Jan's direction within a quite rigorously-structured framework. The "group" sound is for the most part lean and functional, its strong and supple rhythmic foundation primed for the saxophonist's embellishments, by turns caressing, brooding, keening.

Ten of the pieces here had their genesis in music written originally for film and ballet. Melodic motifs drawn from this incidental music have been thoroughly transformed and developed in the process of the recording, but the fact remains that the melodies were shaped, in the first place, to accompany specific scenes. The album's impact, in its entirety, however, derives from the way in which these scenes and motifs are combined and ordered; it is the dramaturgy that permits the listener to fly over these audible manifestations of the visible world. Down the years, many listeners have attested to the images Garbarek's music paints in their minds, even when the saxophonist himself has been more concerned - like most musicians - with the practicalities of playing, with his tone, sound and phrasing. This time, he allows, imagery has been a direct spur to the writing of the material. "I don't expect my imagery to correspond in every detail to the listener's," Garbarek says. "I can only propose an outline for the picture it's up to each listener to complete it in his or her own way."