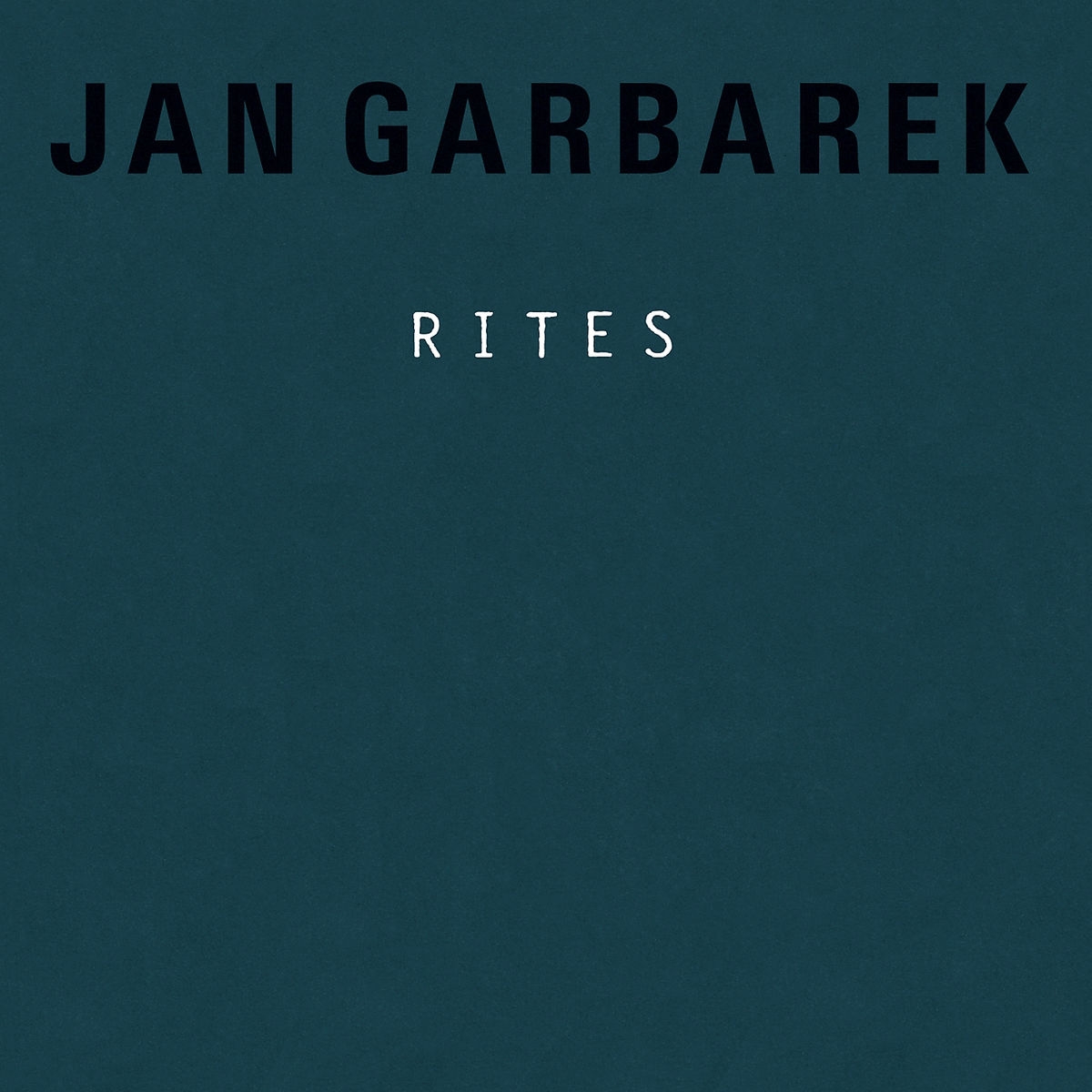 Jan Garbarek’s powerful new double-album is well-titled."Rites" suggests initiations, rituals, the archaic, the magical, but also "rites of passage" and the Norwegian saxophonist reflects, in his choice of material, upon pivotal episodes and influences in his own life and those of his associates.

"Malinye", for instance, is offered in fond memory of its composer, the late Don Cherry, who recorded this tune with the the Codona trio in 1980. Garbarek first played with Cherry in Oslo in 1964, when the saxophonist was just 17. For a session at the radio, trumpeter Cherry suggested a collaboration with a Norwegian folk singer, obliging Garbarek to consider, really for the first time, the creative potential of the music in his own backyard, as he was later to put it. 33 years later he is still mining that potential. On Rites, both "Her wild ways" and "It’s high time" contain elements of Nordic folk music. The latter, which has consistently proven one of the highlights of the Garbarek Group’s concerts, contains fragments of a traditional Sami joik, while the former, featuring some very spirited interplay between Jan, Rainer Brüninghaus, Eberhard Weber and Marilyn Mazur, incorporates elements of Norwegian folk melody and rhythm.

Garbarek has often spoken of the way which he has examined aspects of the world’s music traditions from the vantage point of his own culture. As he told one writer, "I’m really fascinated by the connections between Norwegian music and that of India via the Balkans and Asia Minor." Rites is also a musical journey that looks at these and other connections as it touches down, literally and metaphorically, at diverse spots on the globe. The journey begins with sounds taped by Jan while travelling in India, sounds of the village becoming part of the textural fabric of the title track, detailed by his own saxophone, percussion and synthesizer. In terms of the methodologies involved, Rites has qualities in common with both All Those Born With Wings, Jan’s solo album of 1986, and Visible World, recorded 1995, which was essentially a "solo" album featuring members of Jan’s touring band. On Rites, the cast is further expanded with guest musicians; nonetheless, a majority of instrumental parts are handled by Garbarek himself.

England's Time Out noted recently that "with each project, Jan Garbarek seems to find yet another wise, new vision of world music." Other cultures impinge on Garbarek’s music in new ways on Rites. "We Are The Stars" is his setting of a translation of a Native American poem of the Passamaquoddy tribe, very vivid in its imagery: "Our light is a voice / We cut a road for the soul / for its journey through death". It is a sung here by young members of the Norwegian choir Sølvguttene, with Garbarek’s soprano encircling the voices. This piece is followed by another text-setting, of Galaktion Tabidze’s "The Moon Over Mtatsminda", a surprising episode on a Garbarek disc, as the performance does not feature him as instrumentalist.

Garbarek met its composer, Jansug Kakhidze, in 1996, while in Georgia to perform Giya Kancheli’s Night Prayers with the Tbilisi Symphony Orchestra. In a subsequent conversation with producer Manfred Eicher, Garbarek learned that the conductor-composer-vocalist had been seriously ill. Eicher played the saxophonist a tape of a song Kakhidze had written while recovering from heart surgery. Garbarek : "It had such an immediate emotional impact that, as it came to an end I spontaneously said, ‘Can we have this piece on my album!''" Although convinced that "a song from the heart needs no further justification" he also sought a rational pretext to include it alongside his own pieces. The "rites of passage" motif serves to link it to "We Are The Stars". In the Passamaquoddy poem-setting, we hear the voices of the boys,"in the beginning of their life-cycle", looking "at the hills with disdain". For Kakhidze, grateful to be alive, the natural world now has an enhanced meaning: "My eyes have never seen the moon so lovely..."

Kakhidze, 62, is probably best known for his championing of the work of Kancheli - he has premiered all of the symphonies written by the Georgian composer - but in his long career has conducted musics of many epochs and styles, and his current repertoire includes operas, ballets and symphonic works by composers including Haydn, Beethoven, Prokofiev, Mahler, Richard Strauss, and Shostakovich as well as much contemporary music. He has toured internationally with the Tbilisi Symphony (heard on "Moon over Mtatsminda") and conducted leading orchestras in Europe, the United States and Australia.

Outside the Garbarek Group's personnel, the other guest musician on Rites is Norwegian keyboardist Bugge Wesseltoft who has, since appearing on I Took Up The Runes, Sidsel Endresen’s Exile and Arild Andersen's Sagn, established a reputation as a bandleader in his own right. His primary contribution to Rites is as accordionist on the Cherry tribute, but he also adds electronic sound colours to several pieces.

Occasionally over the years Garbarek has revisited and revised favourite pieces, and Rites has two such examples, It’s OK to listen to the gray voice, title track of his 1984 album, now given a significantly bolder treatment, and "So mild the wind, so meek the water" which previously appeared on All Those Born With Wings. As The Times observed, "over the subtle wash of Bruninghaus's synthesizer, given sonorous propulsion by Weber's uniquely lyrical bass and embellished by Mazur's extraordinary percussion, Garbarek keens and skirls. This is the sound that lingers in the mind. Multi-textured, but affectingly pure and clear, it draws deeply on the earnest, intimate strength of jazz from Louis Armstrong to Ornette Coleman." Contexts may have changed over the years, but Garbarek's saxophone artistry, ever-evolving, remains anchored in the tradition that first inspired him.

The Jan Garbarek Group will be performing music from Rites on tour in Germany, Austria, Hungary, France and the United Kingdom from October through December.