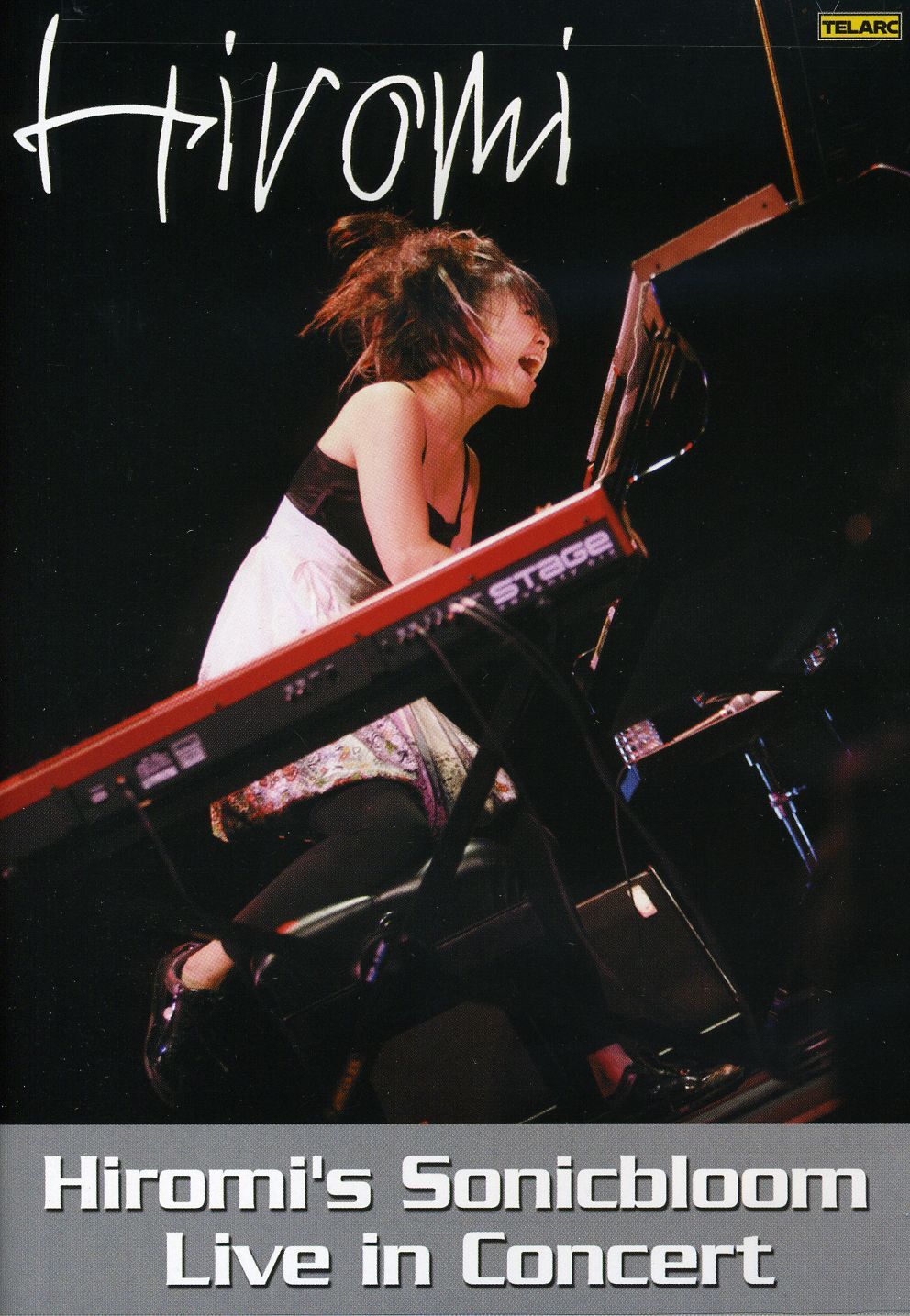 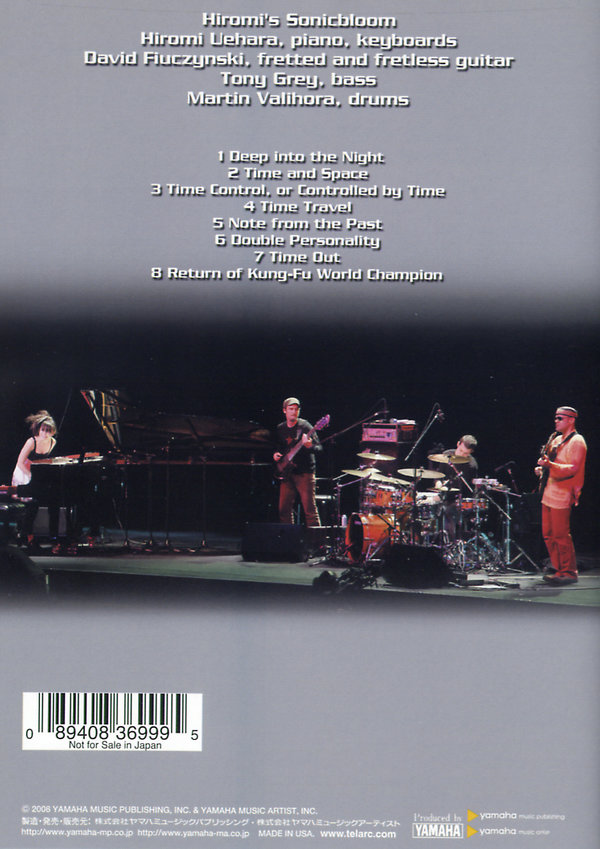 Hiromi Uehara has been heralded as one of the brightest new lights on the piano jazz landscape since the release of Another Mind, her 2003 debut recording. Six years and four critically acclaimed albums later, she has not only lived up to the initial praise for her early efforts but surpassed it entirely – thanks in large part to live performances that spotlight her boundless talent, energy and artistic vision.

This summer, you can experience not one but two concert performances by this brilliant young piano virtuoso in Hiromi Live in Concert and Hiromi’s Sonicbloom Live in Concert – two DVDs scheduled for simultaneous worldwide release on June 23, 2009, on Telarc International, a division of Concord Music Group.

Hiromi’s Sonicbloom Live in Concert – recorded in December 2007 at the Tokyo International Forum Hall and winner of the 2008 Jazz Video Award in Swing Journal Magazine– features the same rhythm section of Grey and Valihora, but also includes the unique sound of guitarist David “Fuze” Fiuczynski. All four musicians played together as Hiromi’s Sonicbloom on the pianist’s two most recent studio recordings, Time Control (2007) and Beyond Standard (2008), prompting JazzTimes to call them “a quartet of fusionistas in Deep Purple mode.” Armed with a double necked guitar (one neck fretted and the other fretless), Fiuczynski – whose credits include work with John Medeski, John Zorn, and his own Screaming Headless Torsos quartet – brings to the party an edgy, pyrotechnic counterpoint to Hiromi’s daring and highly expressive piano work.

The quartet performance highlights much of the material from Time Control, including the intense yet playful “Deep in the Night,” the effects-heavy “Time and Space,” and the sometimes fiery and sometimes ambient “Time Control, Or Controlled by Time.” Also in the mix are the experimental “Note from the Past” – with unusual effects created by Hiromi reaching inside her Yamaha and plucking piano strings or Valihora dispensing with the stick and slapping the cans with his palms – and the rollicking, no-holds-barred encore, “Return of Kung-Fu World Champion.”

In 2008, shortly after the release of Beyond Standard, Hiromi and her crew of Grey, Valihora and Fiuczynski scored high praise from Keyboard magazine: “Hiromi’s penchant for deep grooves, abrupt changes in direction, engaging orchestration, and blending jazz idioms both old and new are clear…This band can blow, and they know how to have a good time.”

But this isn’t just a party for the players. Everyone’s welcome. Settle in with either or both of these live DVD recordings and witness one of the bright new lights of twenty-first-century piano jazz.
(concordmusicgroup. com)