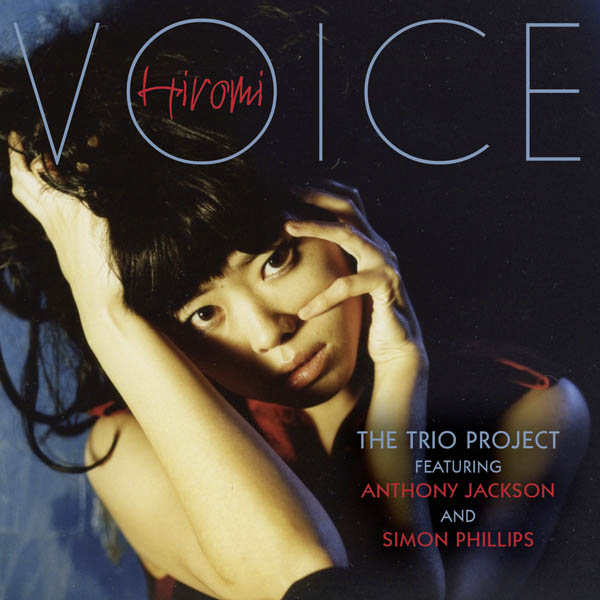 Pianist and composer Hiromi Uehara, whose passionate and incendiary keyboard work has been a shining light on the jazz landscape since her 2003 debut, believes that the voice that never speaks can sometimes be the most powerful of all.

Her newest release, a nine-song trio recording simply titled Voice, expresses a range of human emotions without the aid of a single lyric.

“When I play music, I realize that it really filters emotions,” says Hiromi. “I called this album Voice because I believe that people’s real voices are expressed in their emotions. It’s not something that you really say. It’s more something that you have in your heart. Maybe it’s something you haven’t said yet. Maybe you’re never going to say it. But it’s your true voice. Instrumental music is very similar. We don’t have any words or any lyrics to go with it. It’s the true voice that we don’t really put into words, but we feel it when it’s real.”

Although a mesmerizing instrumentalist in her own right, Hiromi enlists the aid of two equally formidable players for this project – bassist Anthony Jackson (Paul Simon, The O’Jays, Steely Dan, Chick Corea) and drummer Simon Phillips (Toto, The Who, Judas Priest, David Gilmour, Jack Bruce). Jackson had previously played on a couple tracks from each of Hiromi’s first two albums – Another Mind in 2003 and Brain in 2004 – but they had never recorded an entire album together. “I’ve always been a huge fan of his bass playing,” she says. “I’ve always liked playing with him, and I was very happy that we finally had the chance to make an entire album together.”

She hadn’t crossed paths with Phillips prior to this project, but he came highly recommended by not only Jackson but also Stanley Clarke, the legendary jazz fusion bassist who gave her a prime spot on his two most recent projects, Jazz in the Garden in 2009 and The Stanley Clarke Band in 2010. “The more music I wrote for this album, the more clearly I heard the sound of Simon on drums,” says Hiromi. “When I told Anthony and Stanley that I was thinking of Simon to play drums for this project, they both encouraged me to ask him, so I did, and I’m so happy with how it turned out. From the first note of the first rehearsal, I was very excited about where we could go with this recording.”

Further in, “Temptation” is relatively understated in comparison to the preceding tracks, but with a solid piano melody that keeps beckoning. The song invites the listener to ponder what happens when we finally give in to that thing we find so seductive and alluring. Hiromi asks: “Is the result of that temptation sweet or bitter?”

“Haze,” the one solo piano track in the entire recording, is just what the title suggests – a shimmering piece whose melodic edges are sometimes sharp and other times undefined. The song suggests “unclear vision, focused then blurry again,” says Hiromi. “There was so much excitement among all three of us when we were recording this record. Even when I was tracking this solo piece, Anthony and Simon were giving me a lot of encouragement about the different takes, what was working and what wasn’t.”

Taken as a whole, the individual tracks on Voice do tell a story, says Hiromi, but she’s quick to note that the story is open-ended and subject to interpretations. “I’m not talking about a story in the sense of a novel,” she says. “People can just listen to it and decide how it reflects their own lives. They can just imagine whatever the music makes them imagine. That’s the beautiful thing about music without words. It’s just a matter of using your imagination, finding your own voice within the music, and traveling with it wherever it takes you.”
(concordmusicgroup. com)