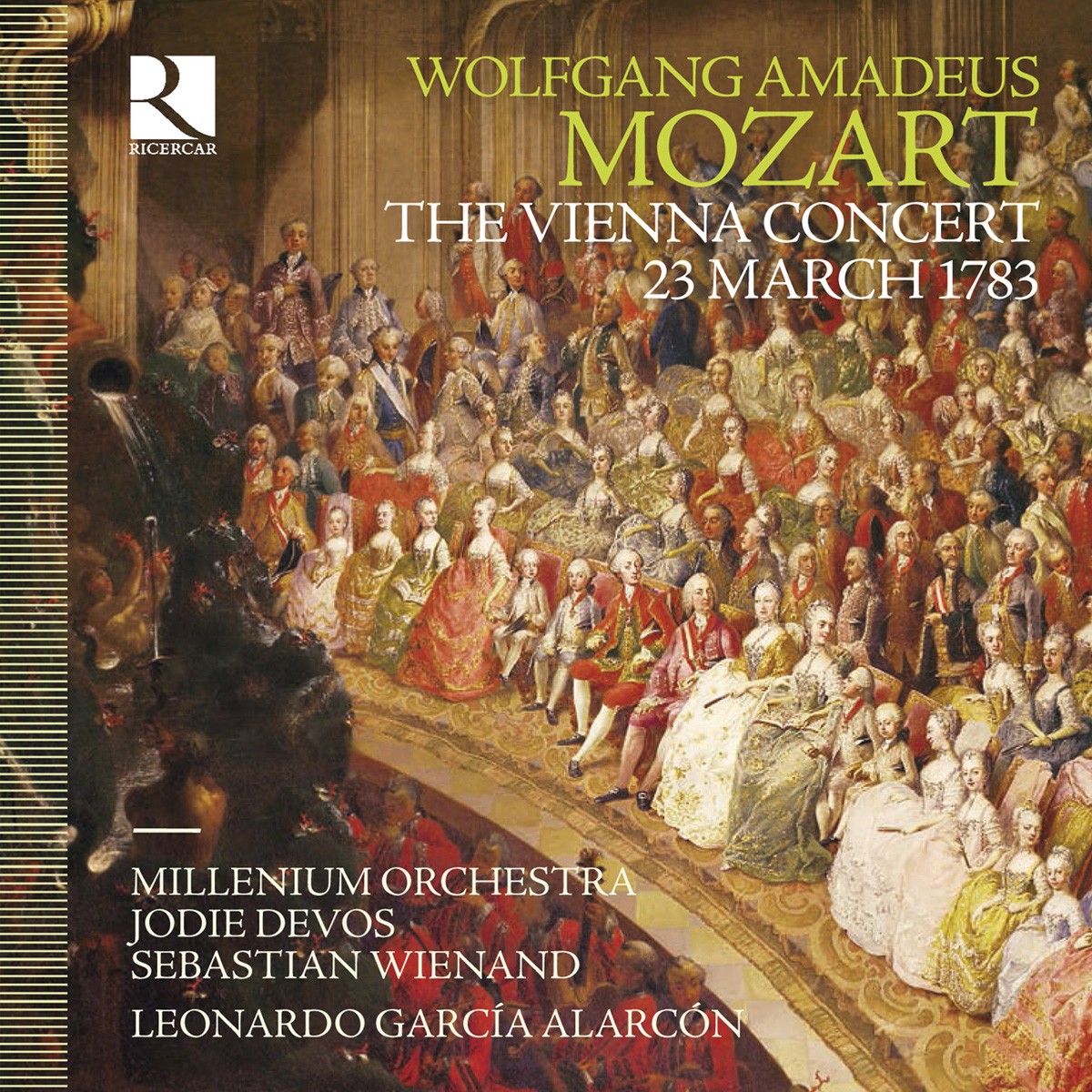 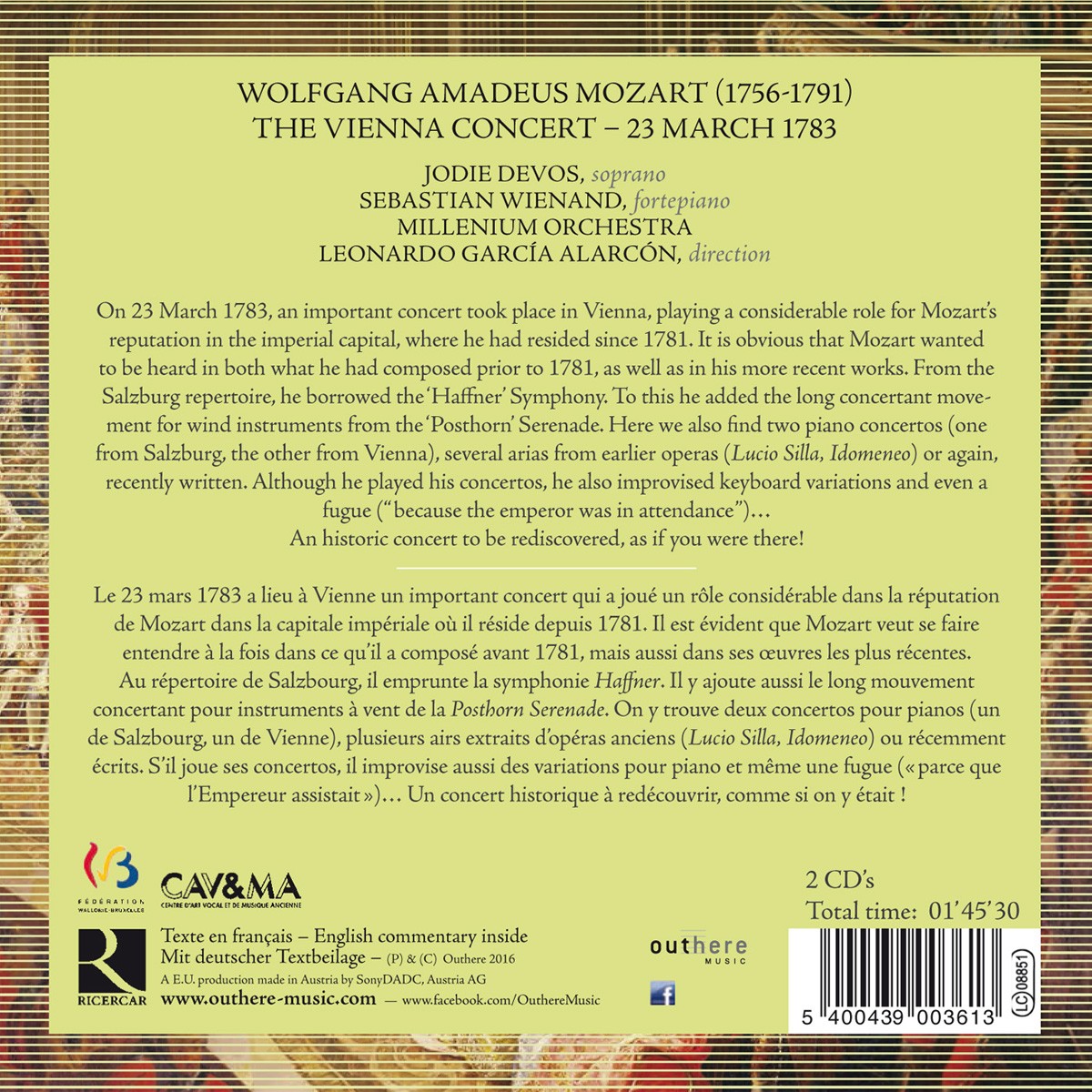 Bewertung:
lieferbar innerhalb einer Woche
(soweit verfügbar beim Lieferanten)
EUR 29,99*
Versandkosten
On March 23, 1783, an important concert took place in Vienna, playing a considerable role for Mozart's reputation in the imperial capital, where he had resided since 1781. It is obvious that Mozart wanted to be herad in both what he had composed prior to his move to Vienna, as well as I his more recent works. From the Salzburg repertoire, he borrowed the »Haffner« Symphony. To this he added the long concertant movement for wind instruments from the »Posthorn« Serenade. Here we also find two piano concertos, one from Salzburg and one which was composed likely for this specific occasion. Several arias are also included from his earlier operas. The Millenium Orchestra with Jodie Devos and Sebastian Wienand have painstakingly recorded this release to mimic this historic concert, so that the listener can rediscover this monumental night as if they were there.