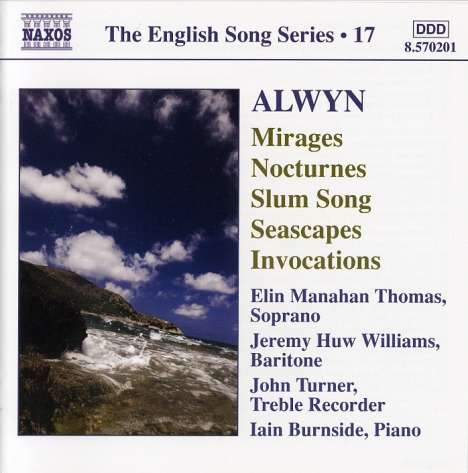 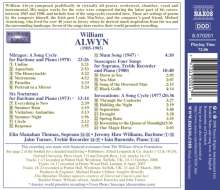 versandfertig innerhalb von 1-3 Tagen
(soweit verfügbar beim Lieferanten)
EUR 9,99*
Versandkosten
William Alwyn composed prolifically in virtually all genres, orchestral, chamber, vocal and instrumental. His major works for the voice were composed during the latter part of his career, between 1965 and 1980, and include four of the song-cycles recorded here. These are settings of poems by the composer himself, the Irish poet Louis MacNeice, and the composer's good friend, Michael Armstrong, who lived for over 40 years in Jersey where he derived much inspiration from the sea and the surrounding landscape. Seven of the songs here receive their world première recording.