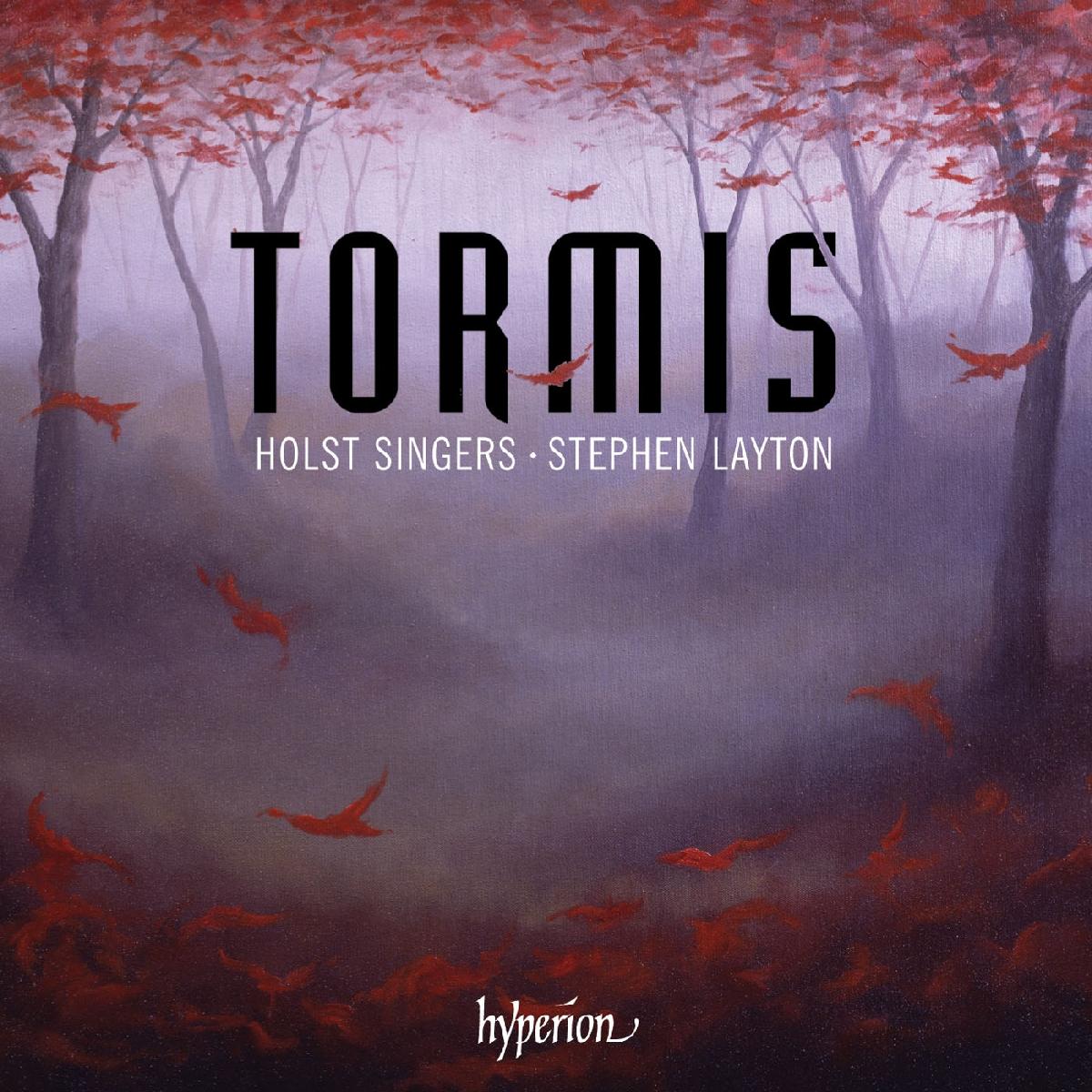 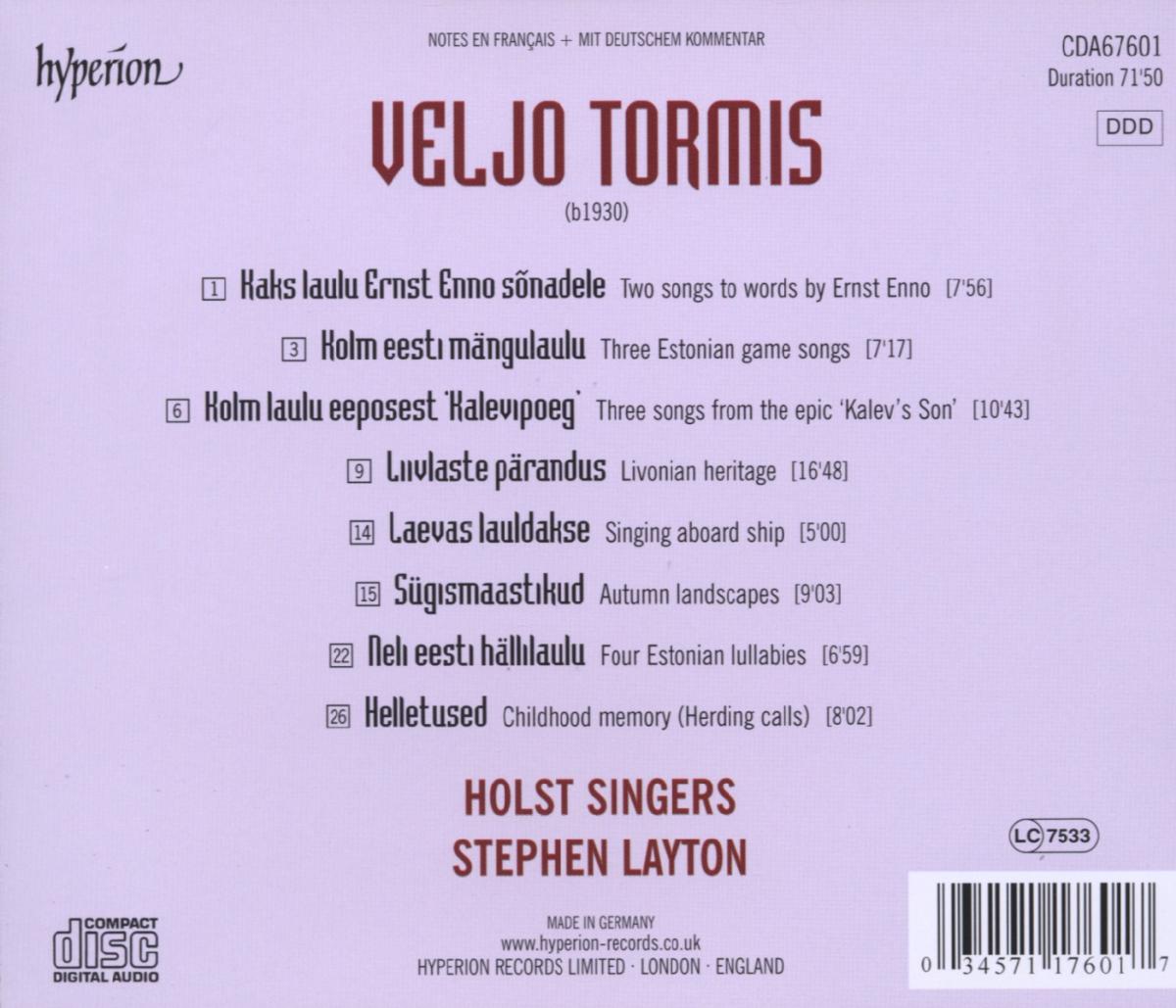 The Holst Singers are acclaimed as one of England’s greatest amateur choirs. The talent and commitment of the individual singers and the leadership of their mercurial conductor, Stephen Layton, ensure that their performances are always of the very highest standards.

Veljo Tormis is—along with Arvo Pärt—Estonia’s most famous living composer, holding an almost mystic status in his home country. He is also the passionate and practical torch-bearer for folk-singing revival, and the integration of an ancient cultural inheritance into thoroughly modern, post-Soviet lives. Interestingly, he trained at the Moscow conservatoire and was steeped in Soviet instruction during his early musical life. His music is almost all written for choirs; few composers have ever been so committed to one genre. Tormis’s choral specialism marks him out from Bartók, Kodály, Vaughan Williams and Grainger, whose pioneering interest in folksong was ultimately less purist given their use of the tunes alone in instrumental or orchestral works: for Tormis, the words and the music are inseparable.

The Holst Singers have recently been invited to Estonia to perform Tormis’s music—a great honour, and a mark of their mastery of the repertoire.

'These splendid performances highlight the music's elemental aspects (not just evocations of forces of nature but the spirit of the country, long suppressed by occupiers), the Holst Singers' commitment bringing out the ferocity of some passages with a quite scary intensity' (BBC Music Magazine)

'A beautifully prepared and executed compilation. Stephen Layton and his Holst Singers have a well deserved reputation as bold explorers, and their intelligence and dedication are evident here' (Gramophone)

'The singing is nothing short of extraordinary…Stephen Layton summons up the most varied set of fortes and pianissimos…All good conductors work hard to taper their louds and softs, but this guy does it with an expressive flair that’s overwhelming…The choral artistry lives up to the music, and that’s saying a lot' (American Record Guide)

'This collection of choral songs is full of any number of magical effects that can only be realized by the very best ensembles. The Holst Singers surely fall into that category: In this range of works composed between 1948 and 1989 that range in tone from ambitious to playful, the group encompasses the Estonian earthiness without letting the music-making become too pretty' (Fanfare, USA)

2 Songs to words by Ernst Enno