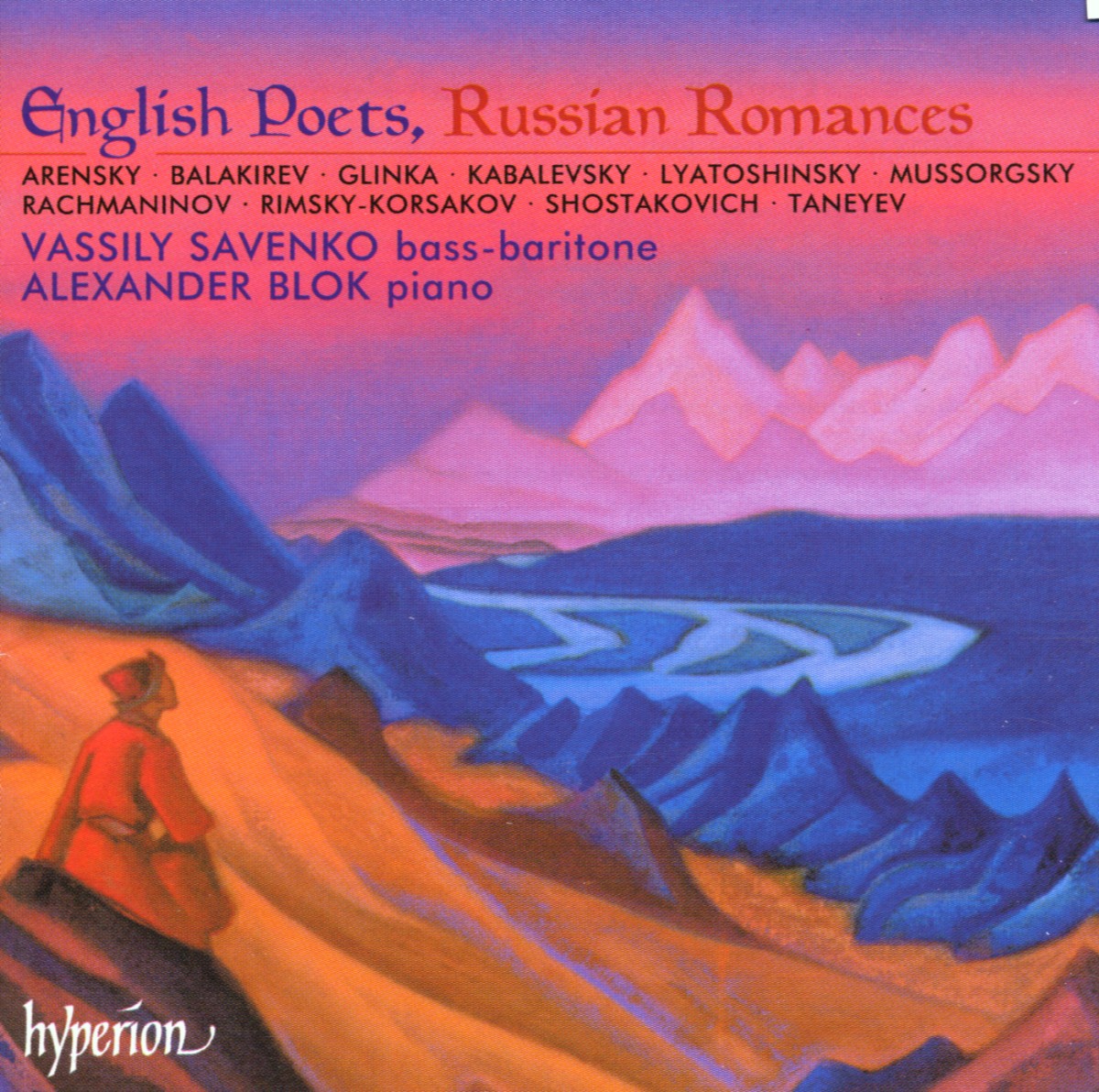 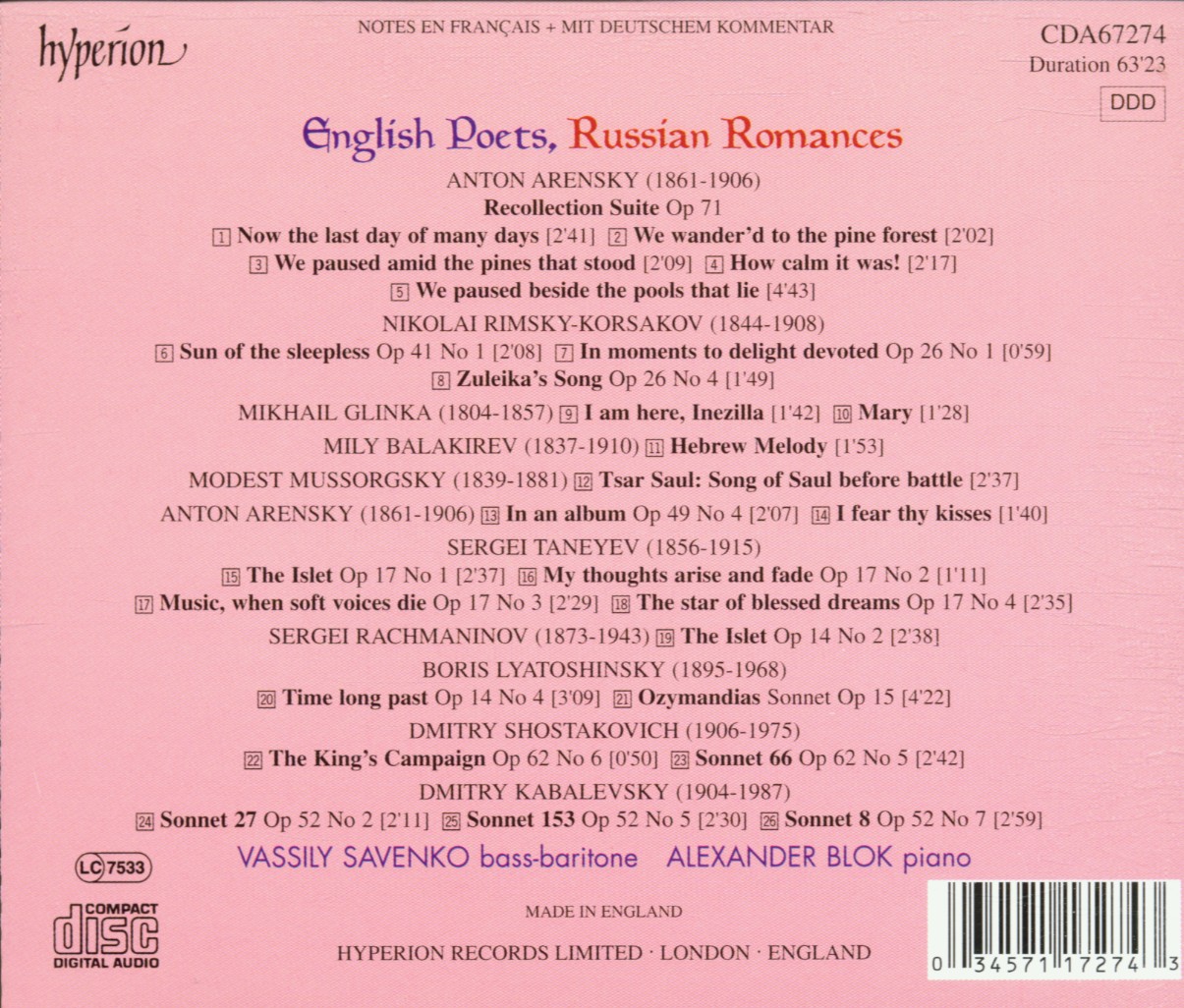 Here is a third disc of Russian songs by these artists to follow 'Russian Images' I and II (CDA67105 & CDA67205). It is devoted to Russian settings of verse originally in the English language, bearing witness to the enduring effect on the Russian imagination of English sensibility, particularly as expressed in its lyric poetry. Some of Russia's greatest writers—Tolstoy, Pushkin, Lermontov, Balmont, Pasternak and others—translated the verses of Shakespeare, Byron and Shelley. All are represented on this CD in settings by composers familiar (Glinka, Rimsky-Korsakov, Rachmaninov, Shostakovich) and not so familiar (Taneyev, Lyatoshinsky, Kabalevsky). Four of Shakespeare's sonnets are included in settings by Shostakovich and Kabalevsky, and a number of Shelley's poems set by Arensky, Taneyev, Rachmaninov and Lyatoshinsky.

The CD booklet includes the original English verses along with Russian transliterations.

'Even more impressive than their two previous collections … a CD that merits a very strong recommendation' (Fanfare, USA)

'Russian composers have set many English poems to music, and here we have some of the best' (Classic FM Magazine)