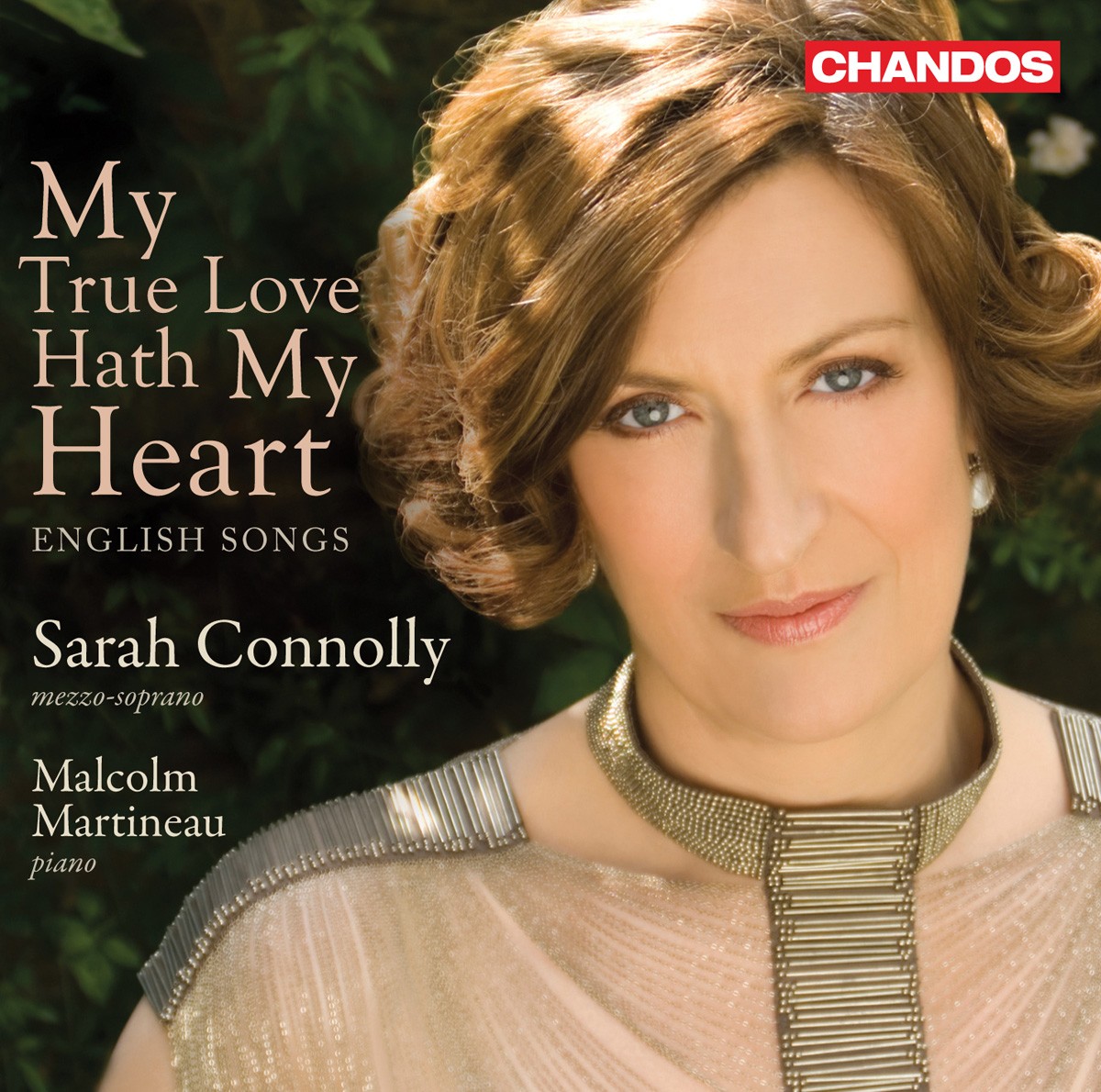 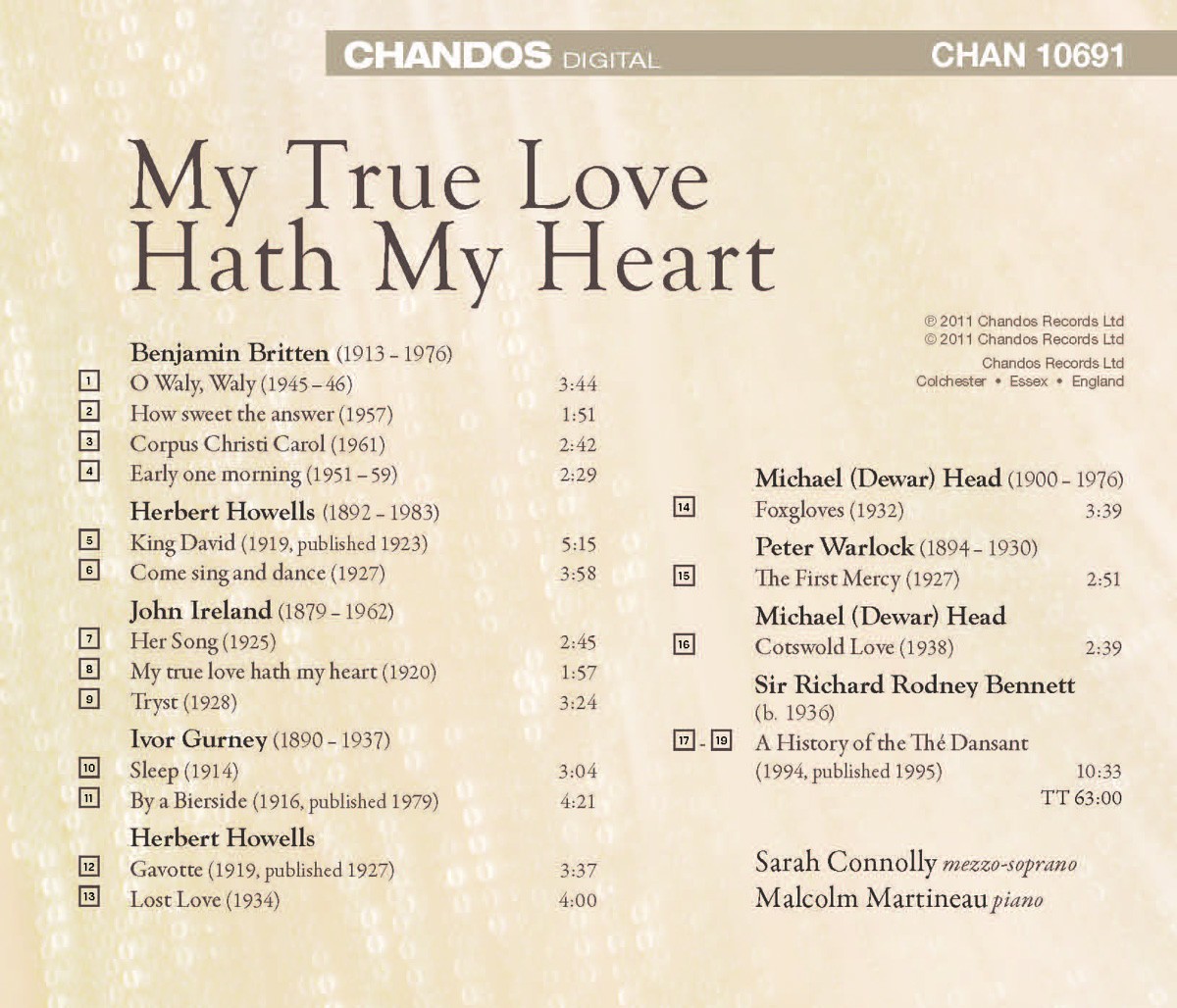 Sarah Connolly received excellent reviews for her recital performance of »English Songs« on 11 April 2011 at the Alice Tully Hall in New York. The New York Times wrote: »Ms Connolly's voice was strong and steady through its range, velvety, but with a soft, subtle graininess that gave weight and presence to even her most ethereal floated notes.«

Here the mezzo-soprano, accompanied by Malcolm Martineau on piano, performs four arrangements by Benjamin Britten: three folk songs and one song from an early choral work. These complement the recent Britten CD on Chandos, on which Connolly performs the cantata Phaedra as well as A Charm of Lullabies.

Next come eleven songs from the 1920s, which is considered the golden decade for English art songs. Among the highlights are By a Bierside, Ivor Gurney's stark reflection on death, written in the World War I trenches, and Herbert Howells's King David which has long been considered a masterpiece. Howells himself said: »I am prouder to have written King David than almost anything else of mine.«

The most recent contribution to this disc of English Songs is the surreally retro A History of the Thé Dansant by Sir Richard Rodney Bennett, which was published in 1995.