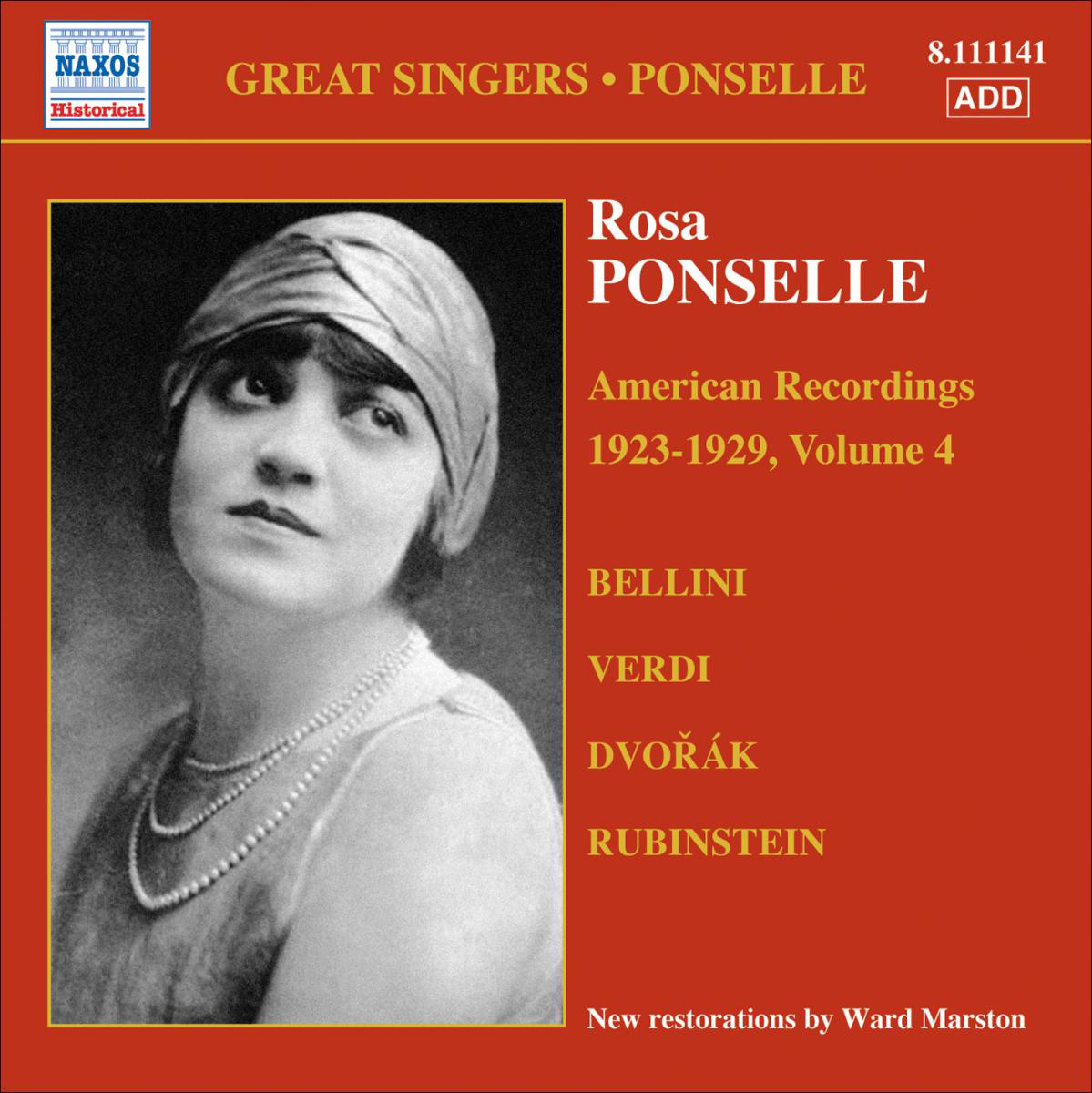 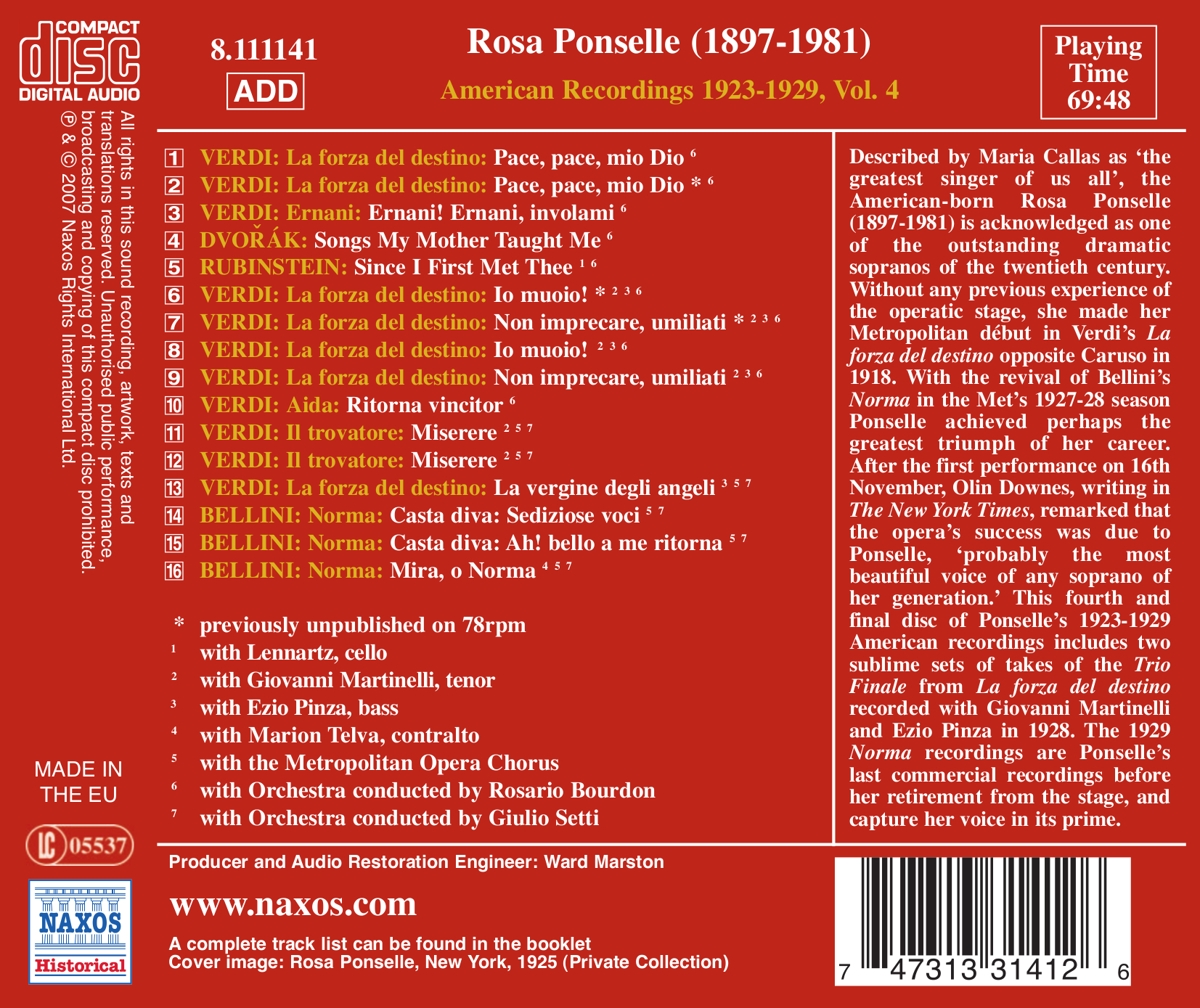 Bewertung:
Nur noch 1 Stück am Lager. Danach versandfertig innerhalb einer Woche (soweit verfügbar beim Lieferanten)
EUR 12,99*
Versandkosten
Described by Maria Callas as 'the greatest singer of us all', the American-born Rosa Ponselle (1897-1981) is acknowledged as one of the outstanding dramatic sopranos of the twentieth century. Without any previous experience of the operatic stage, she made her Metropolitan début in Verdi's La forza del destino opposite Caruso in 1918. With the revival of Bellini's Norma in the Met's 1927-28 season Ponselle achieved perhaps the greatest triumph of her career. After the first performance on 16th November, Olin Downes, writing in The New York Times, remarked that the opera's success was due to Ponselle, 'probably the most beautiful voice of any soprano of her generation.' This fourth and final disc of Ponselle's 1923-1929 American recordings includes two sublime sets of takes of the Trio Finale from La forza del destino recorded with Giovanni Martinelli and Ezio Pinza in 1928. The 1929 Norma recordings are Ponselle's last commercial recordings before her retirement from the stage, and capture her voice in its prime.