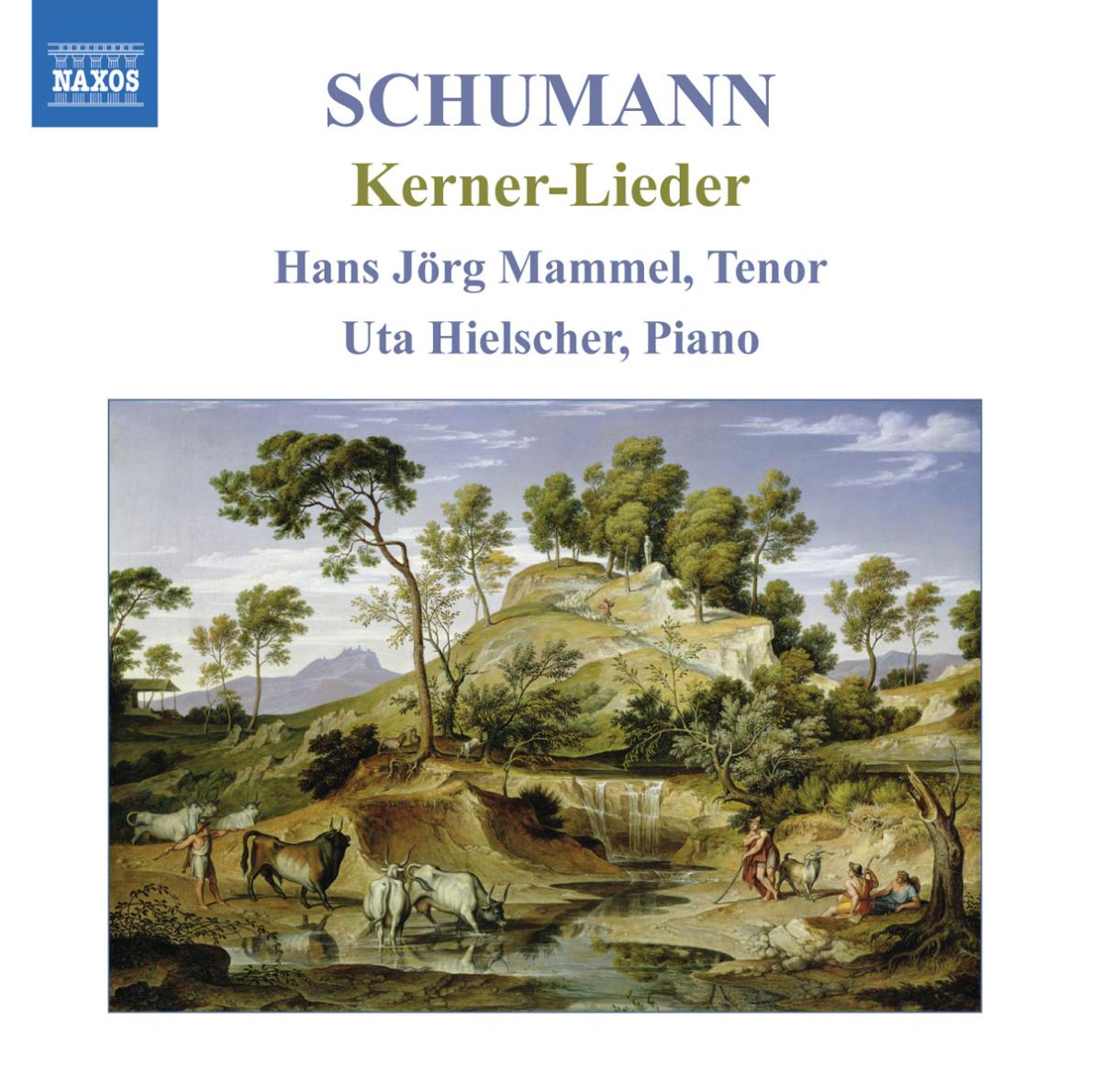 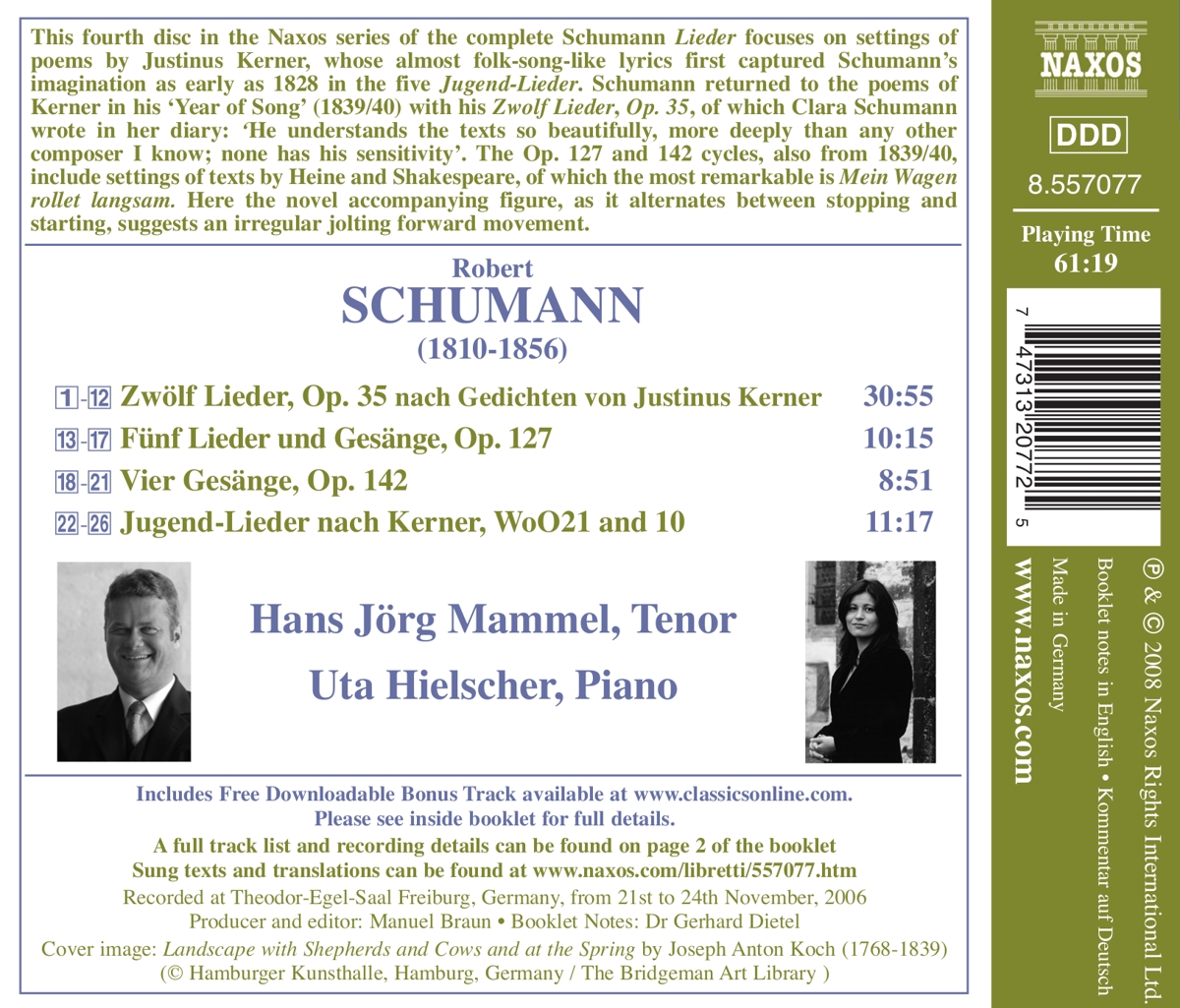 This fourth disc in the Naxos series of the complete Schumann Lieder focuses on settings of poems by Justinus Kerner, whose almost folk-song-like lyrics first captured Schumann's imagination as early as 1828 in the five Jugend-Lieder. Schumann returned to the poems of Kerner in his 'Year of Song' (1839 / 40) with his Zwölf Lieder, Op. 35, of which Clara Schumann wrote in her diary: 'He understands the texts so beautifully, more deeply than any other composer I know; none has his sensitivity'. The Op. 127 and 142 cycles, also from 1839 / 40, include settings of texts by Heine and Shakespeare, of which the most remarkable is Mein Wagen rollet langsam. Here the novel accompanying figure, as it alternates between stopping and starting, suggests an irregular jolting forward movement.