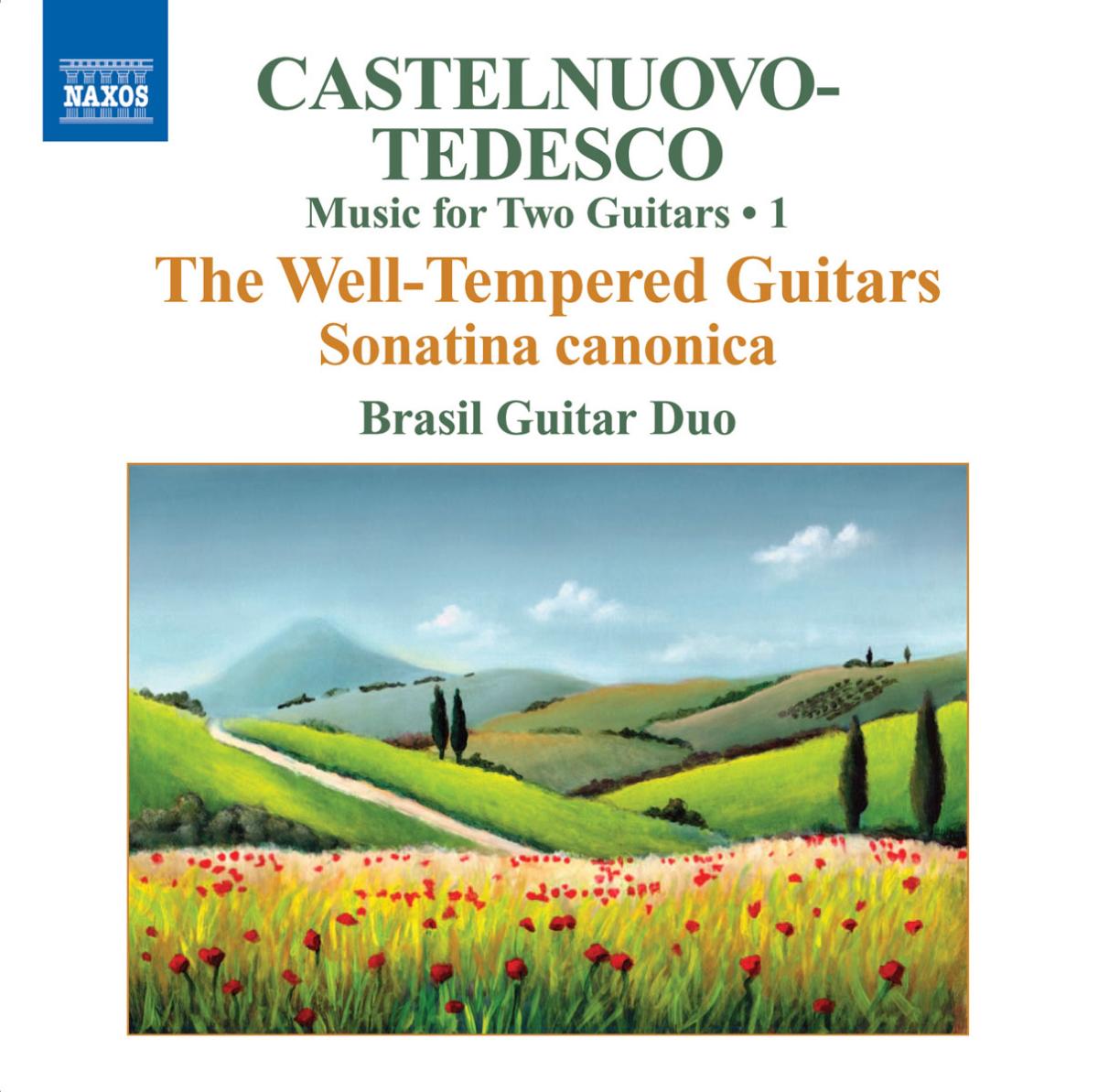 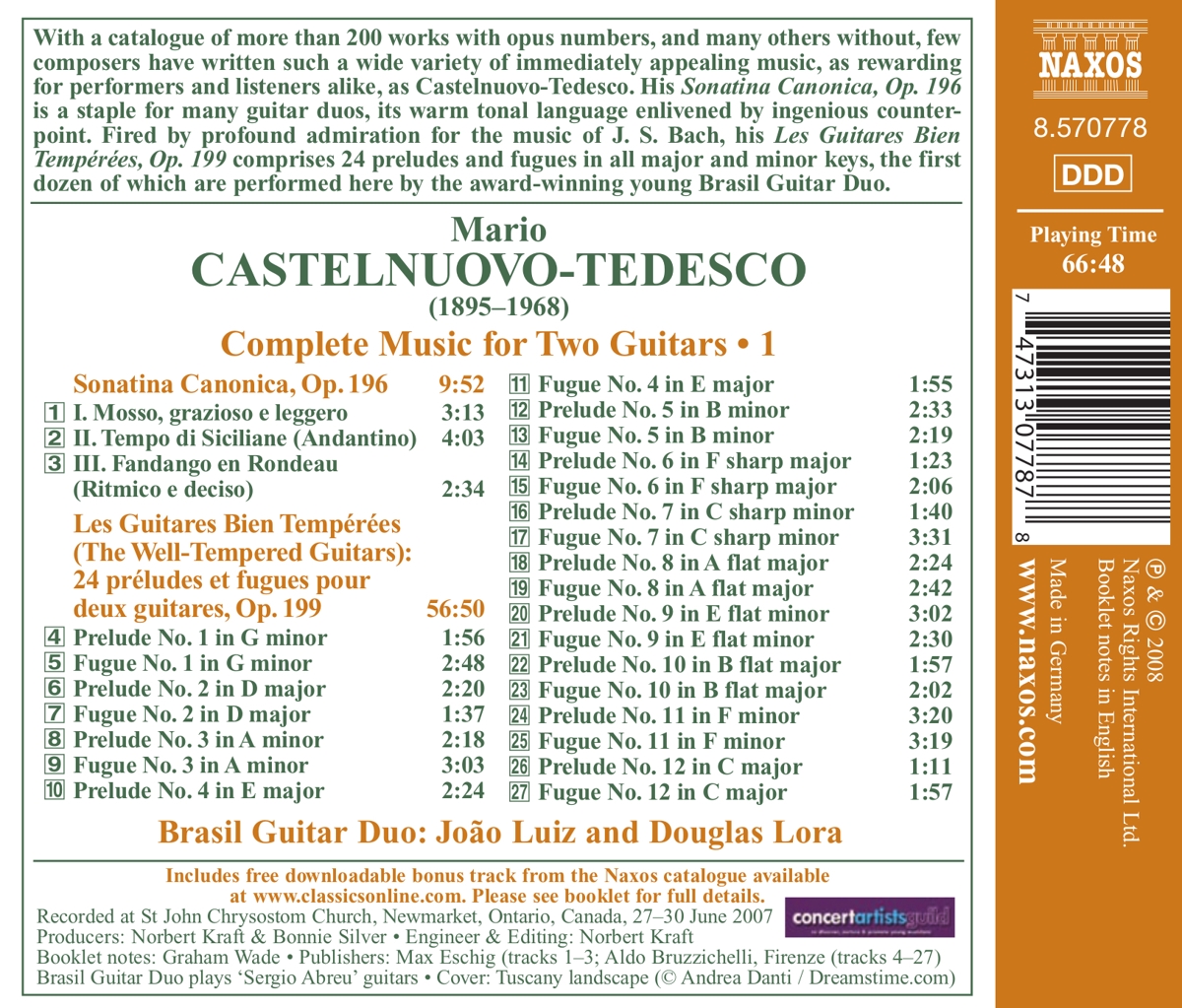 Bewertung:
Nur noch 1 Stück am Lager. Danach versandfertig mind. 4 Wochen (soweit verfügbar beim Lieferanten)
EUR 9,99*
Versandkosten
With a catalogue of more than 200 works with opus numbers, and many others without, few composers have written such a wide variety of immediately appealing music, as rewarding for performers and listeners alike, as Castelnuovo-Tedesco. His Sonatina Canonica, Op. 196 is a staple for many guitar duos, its warm tonal language enlivened by ingenious counterpoint. Fired by profound admiration for the music of J. S. Bach, his Les Guitares Bien Tempérées, Op. 199 comprises 24 preludes and fugues in all major and minor keys, the first dozen of which are performed here by the award-winning young Brasil Guitar Duo.