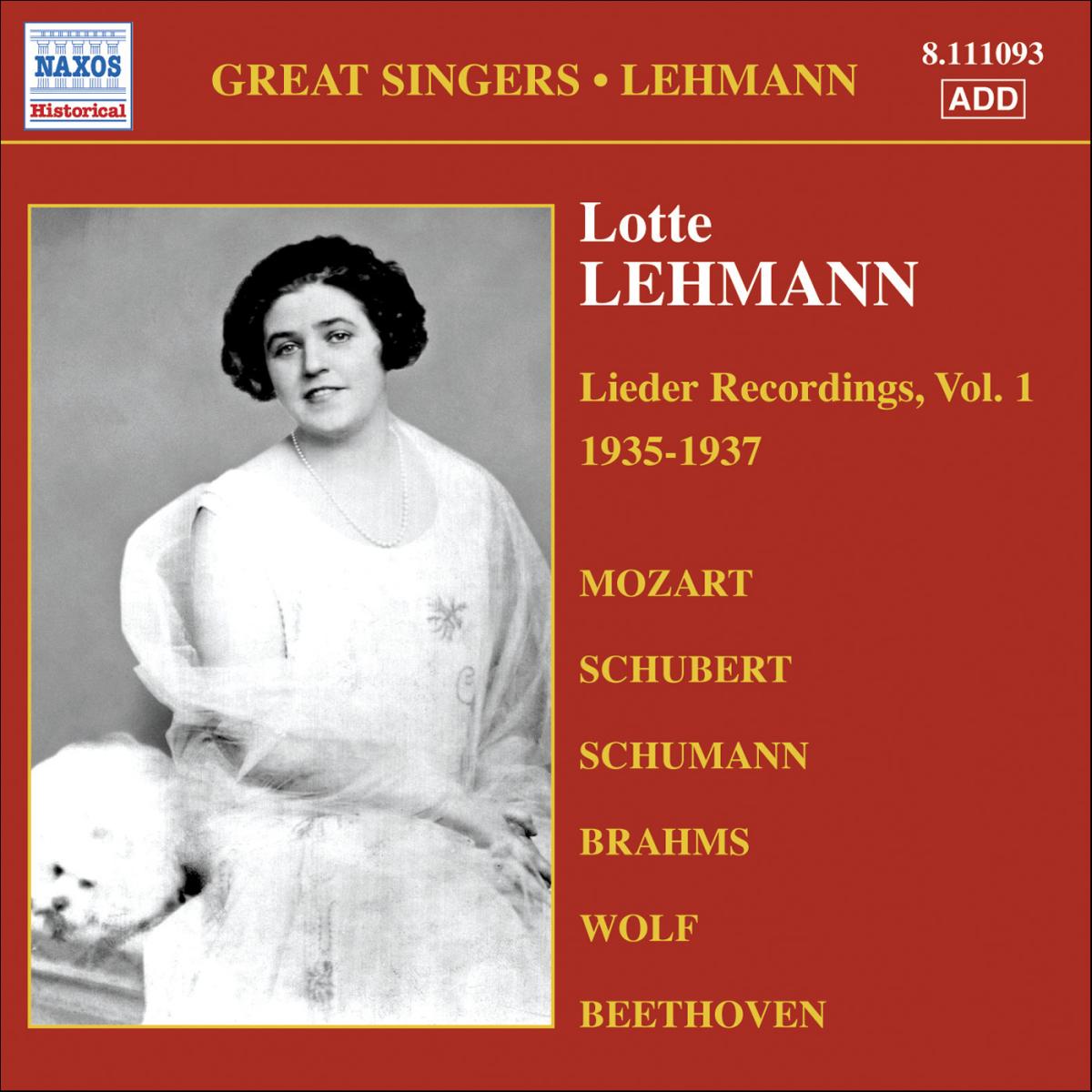 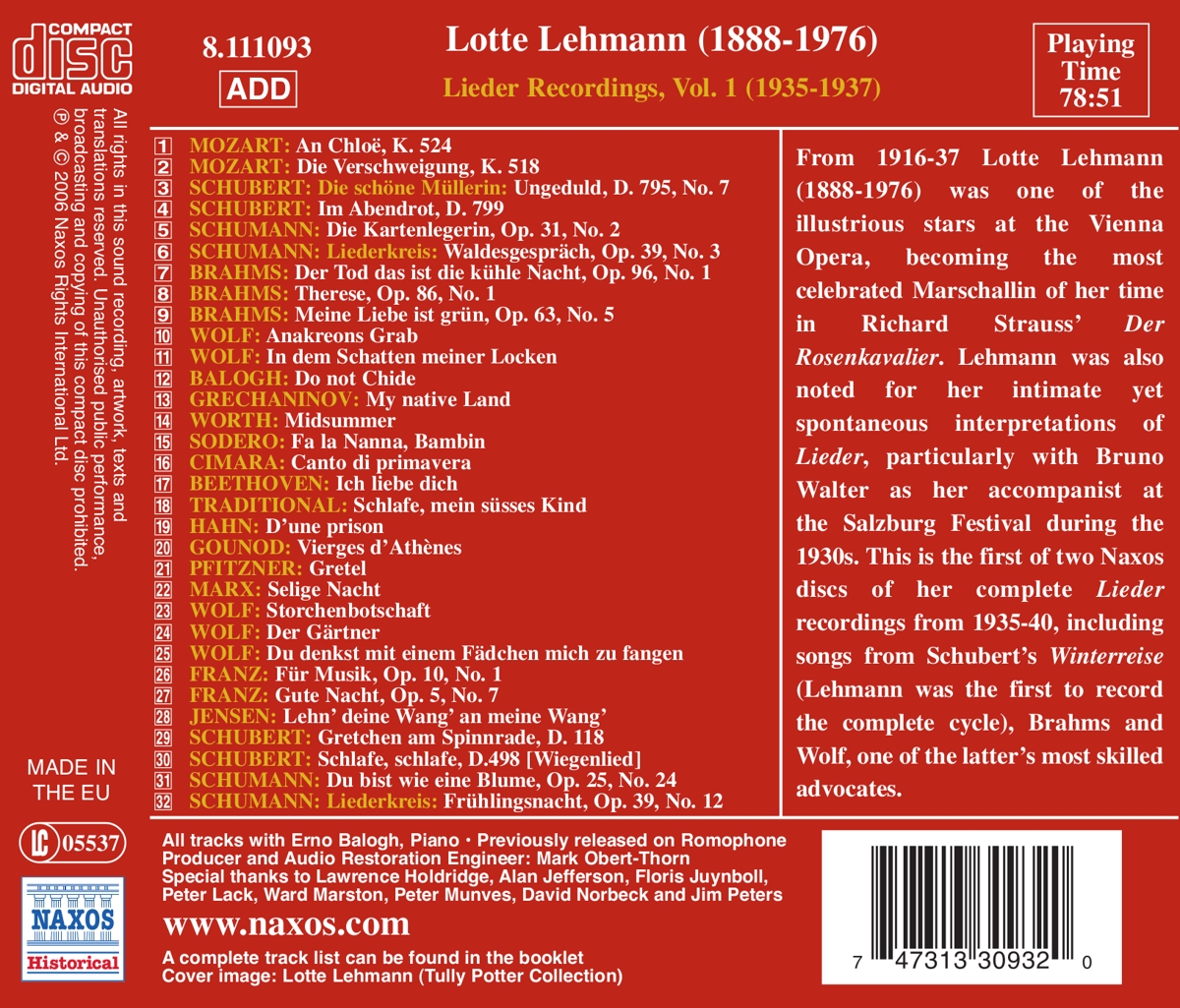 Bewertung:
umgehend lieferbar, Bestand beim Lieferanten vorhanden
EUR 7,99*
Versandkosten
From 1916-37 Lotte Lehmann (1888-1976) was one of the illustrious stars at the Vienna Opera, becoming the most celebrated Marschallin of her time in Richard Strauss' Der Rosenkavalier. Lehmann was also noted for her intimate yet spontaneous interpretations of Lieder, particularly with Bruno Walter as her accompanist at the Salzburg Festival during the 1930s. This is the first of two Naxos discs of her complete Lieder recordings from 1935-40, including songs from Schubert's Winterreise (Lehmann was the first to record the complete cycle), Brahms and Wolf, one of the latter's most skilled advocates.