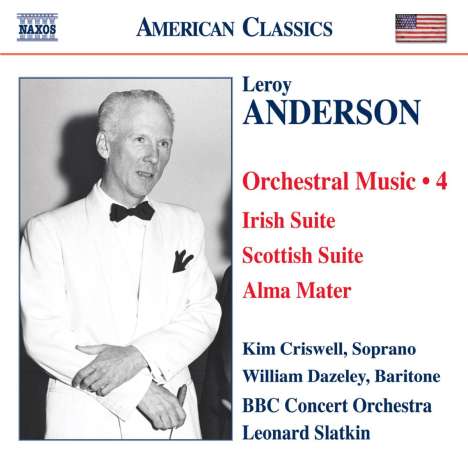 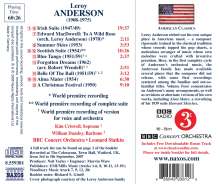 umgehend lieferbar, Bestand beim Lieferanten vorhanden
EUR 12,99*
Versandkosten
Leroy Anderson etched out his own unique place in American music - a composer rigorously trained in the classical tradition whose records topped the pop charts, a meticulous arranger of music whose own melodies were crafted with inventive precision. Here, in the first complete cycle of Anderson's orchestral music, the Anderson family has made available several pieces that the composer did not release, with some first recordings scattered among the familiar and not-sofamiliar titles. Volume Four concentrates on Anderson's many arrangements, as well as revisions or alternate versions of his own works, including Alma Mater, a reworking of his 1939 suite Harvard Sketches.