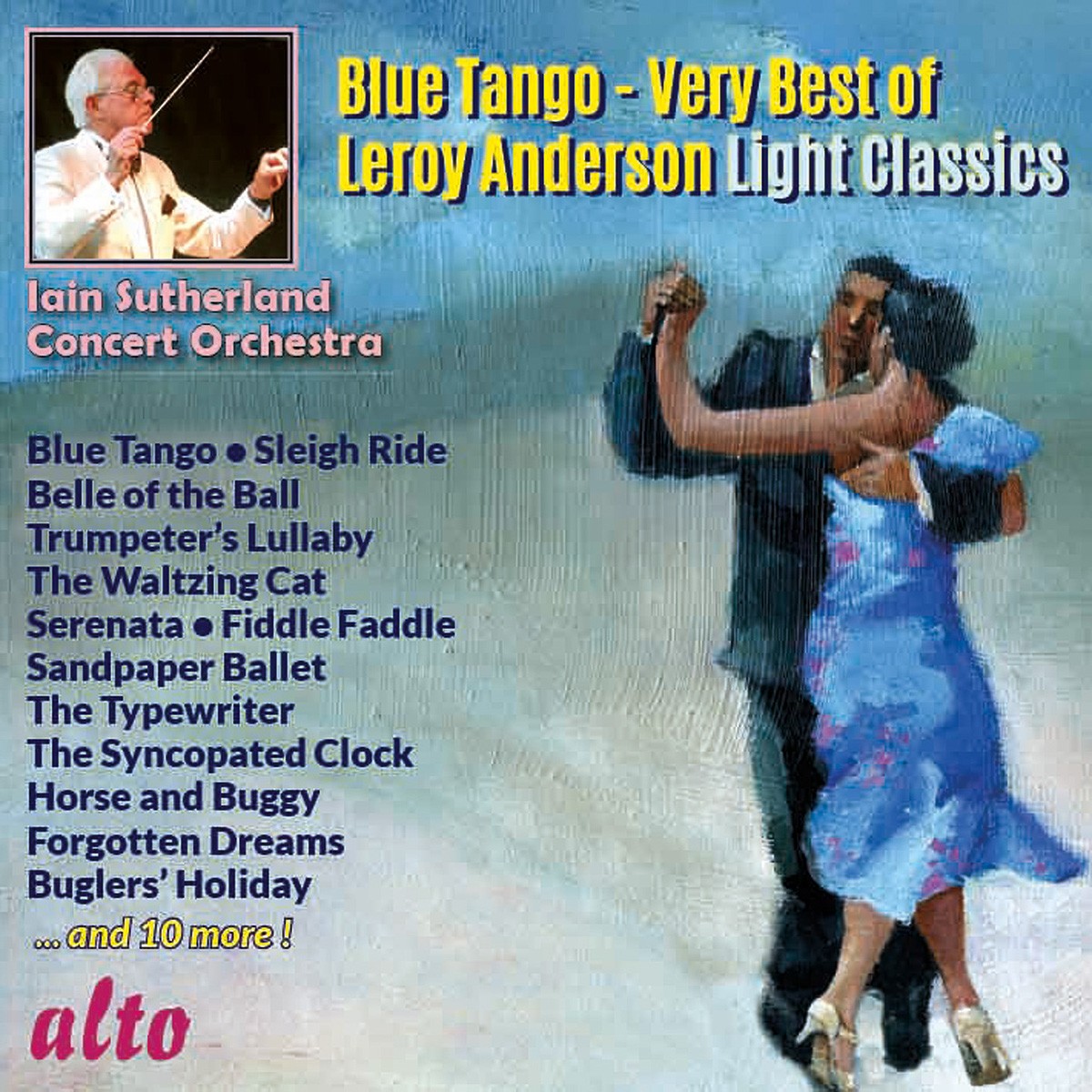 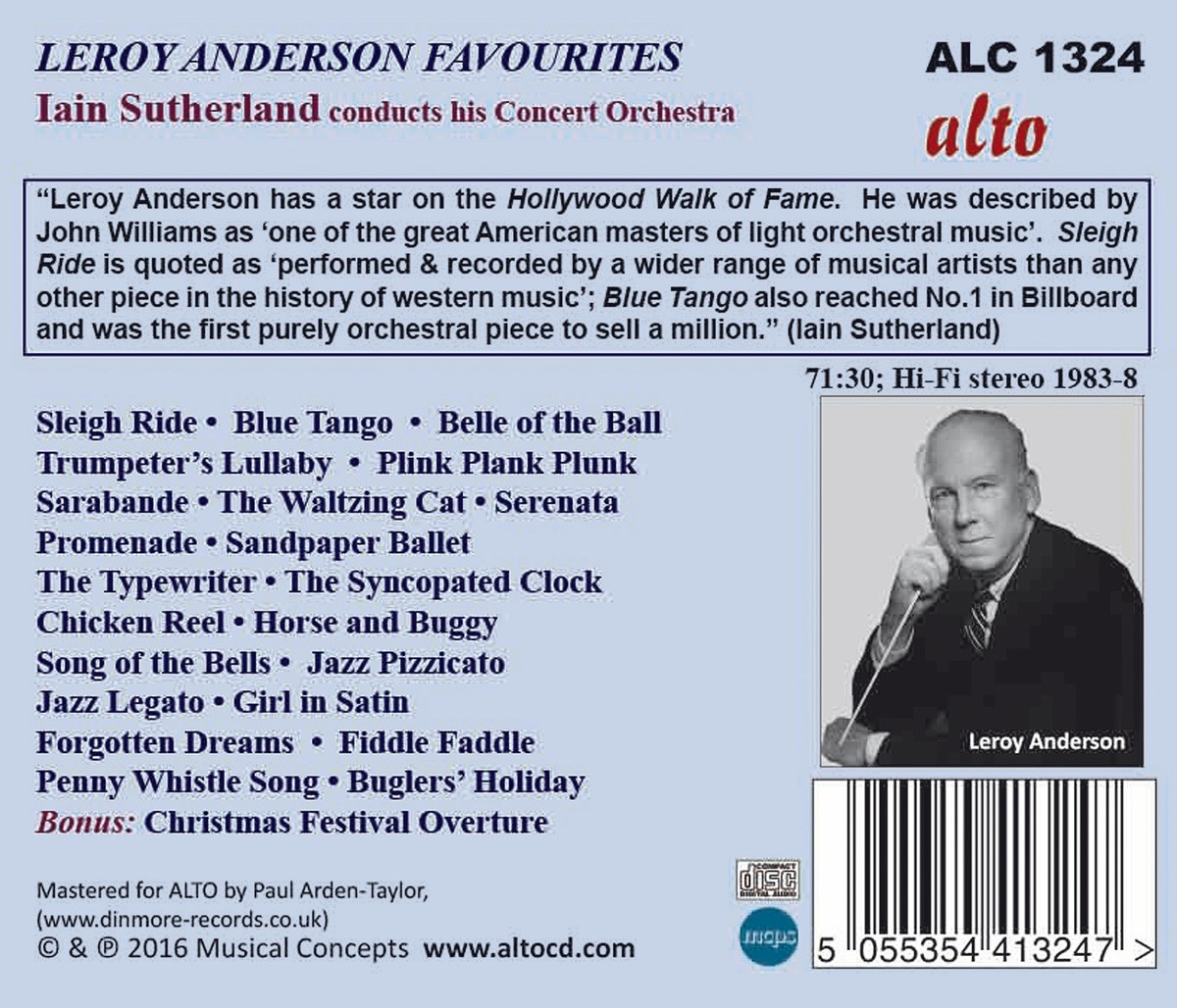 Bewertung:
Artikel am Lager
EUR 9,99*
Versandkosten
»Leroy Anderson has a star on the Hollywood Walk of Fame. He was described by John Williams as ›one of the great American masters of light orchestral music‹ Sleigh Ride is quoted as ›performed & recorded by a wider range of musical artists than any other piece in the history of western music‹; Blue Tango reached No. 1 in Billboard and wa the first purely orchestral piece to sell a million« ( Ian Sutherland)