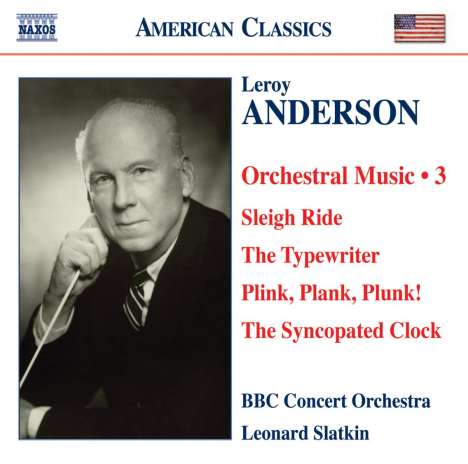 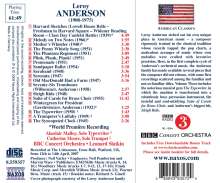 umgehend lieferbar, Bestand beim Lieferanten vorhanden
EUR 12,99*
Versandkosten
Leroy Anderson etched out his own unique place in American music - a composer rigorously trained in the classical tradition whose records topped the pop charts, a meticulous arranger of music whose own melodies were crafted with inventive precision. Here, in the first complete cycle of Anderson's orchestral music, the Anderson family has made available several pieces that the composer did not release, with some first recordings scattered among the familiar and not-so-familiar titles. Volume Three includes the notorious musical gem The Typewriter, in which the machine is transformed into a relentlessly busy percussion instrument, the tasteful and soul-satisfying Suite of Carols for Brass Choir, and Anderson's biggest hit, Sleigh Ride.