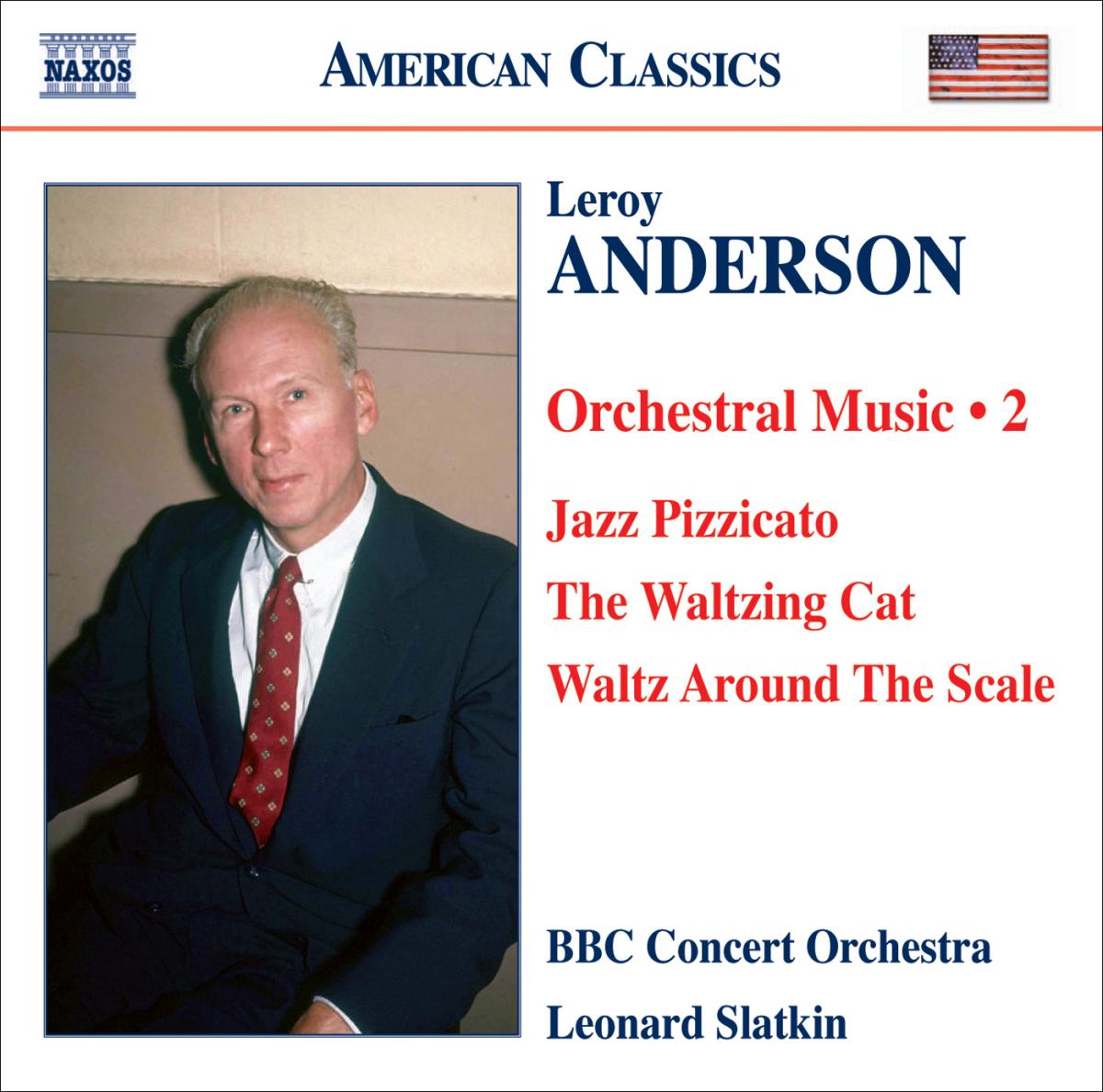 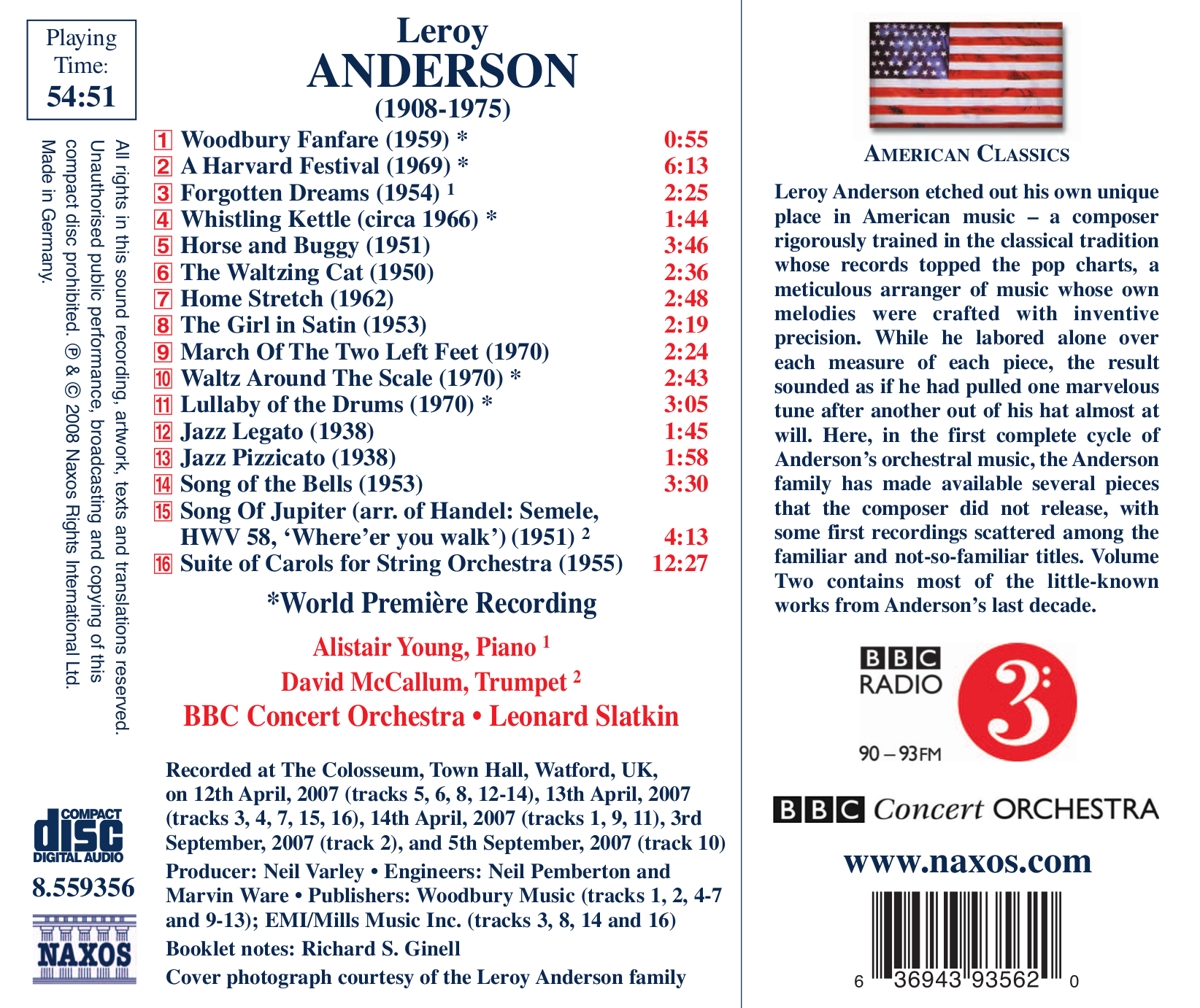 Bewertung:
Nur noch 1 Stück am Lager. Danach versandfertig innerhalb einer Woche (soweit verfügbar beim Lieferanten)
EUR 9,99*
Versandkosten
Leroy Anderson etched out his own unique place in American music - a composer rigorously trained in the classical tradition whose records topped the pop charts, a meticulous arranger of music whose own melodies were crafted with inventive precision. While he labored alone over each measure of each piece, the result sounded as if he had pulled one marvelous tune after another out of his hat almost at will. Here, in the first complete cycle of Anderson's orchestral music, the Anderson family has made available several pieces that the composer did not release, with some first recordings scattered among the familiar and not-so-familiar titles. Volume Two contains most of the little-known works from Anderson's last decade.