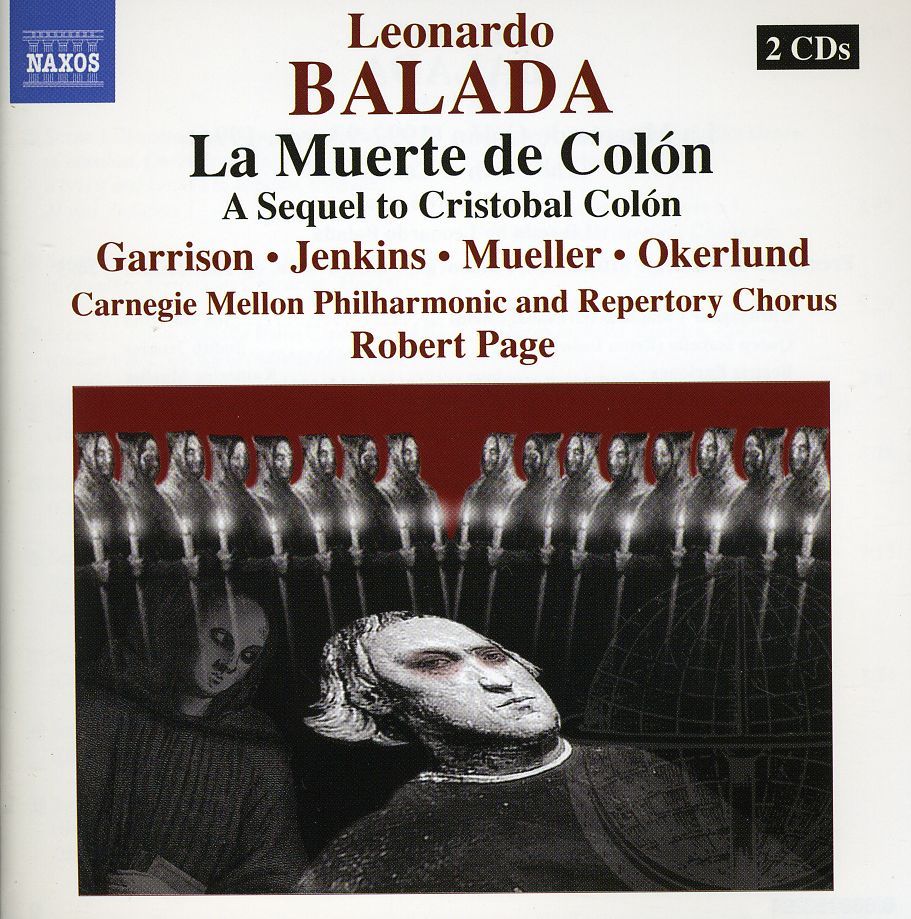 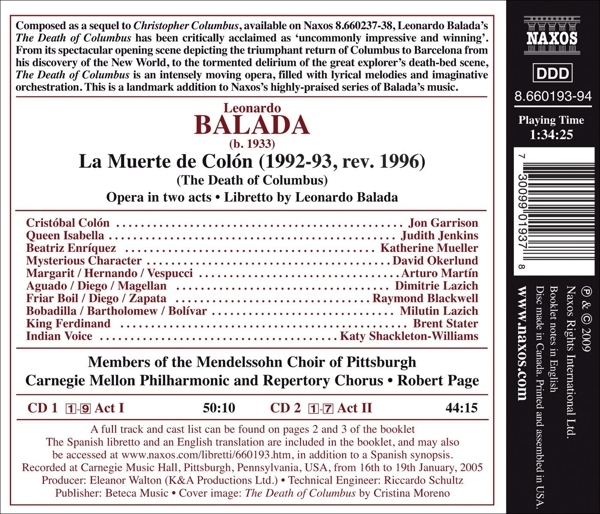 Bewertung:
umgehend lieferbar, Bestand beim Lieferanten vorhanden
-15%
EUR 19,99**
EUR 16,99*
Versandkosten
Composed as a sequel to Christopher Columbus, available on Naxos 8.660237-38, Leonardo Balada's The Death of Columbus has been critically acclaimed as ›uncommonly impressive and winning‹. From its spectacular opening scene depicting the triumphant return of Columbus to Barcelona from his discovery of the New World, to the tormented delirium of the great explorer's death-bed scene, The Death of Columbus is an intensely moving opera, filled with lyrical melodies and imaginative orchestration. This is a landmark addition to Naxos's highly-praised series of Balada's music.