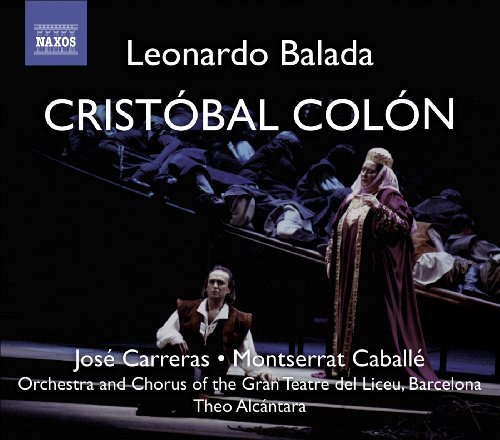 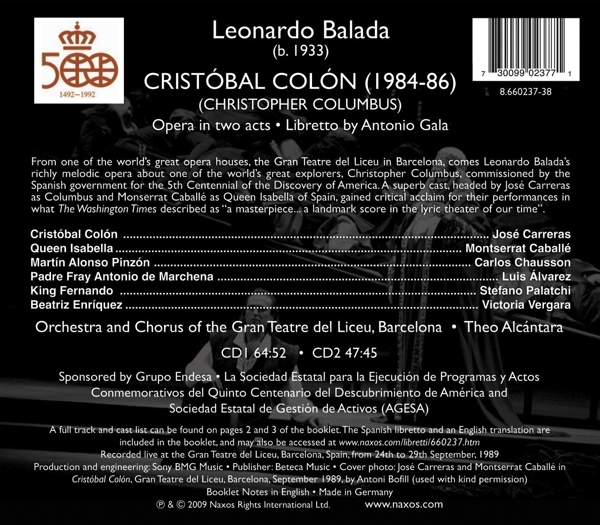 From one of the world's great opera houses, the Gran Teatre del Liceu in Barcelona, comes Leonardo Balada's richly melodic opera about one of the world's great explorers, Christopher Columbus, commissioned by the Spanish government for the 5th Centennial of the Discovery of America. A superb cast, headed by José Carreras as Columbus and Monserrat Caballé as Queen Isabella of Spain, gained critical acclaim for their performances in what The Washington Times described as "a masterpiece...a landmark score in the lyric theater of our time"."